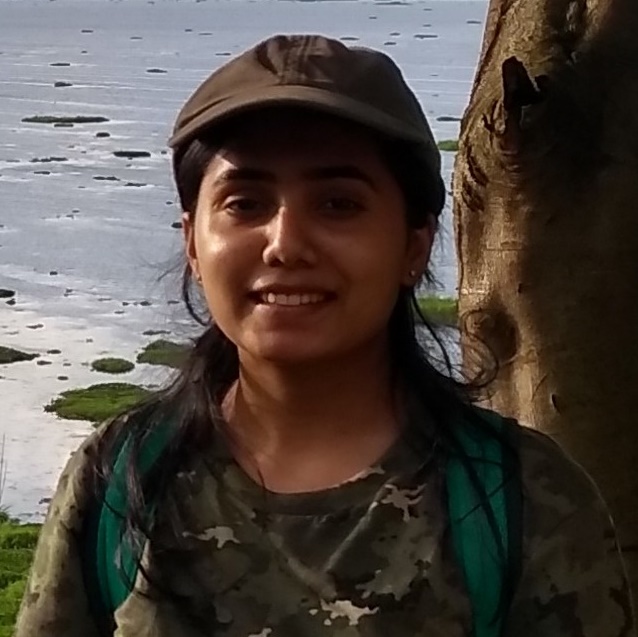 My doctoral research is about assessing the extent to which climate and land-use land-cover changes have combined effects on the forest birds of Arunachal Pradesh which is the largest state of Northeast India. The region is part of the eastern Indian Himalaya, a global biodiversity hotspot, and is also home to several hundreds of indigenous tribes. During my stay in the tribal villages, I will be also looking into the hunting patterns and methods used for trapping and selling of wild bird meat.

I completed my masters in Environment Science and Technology with the highest grades from Bharati Vidyapeeth Institute of Environment Education and Research, Pune (India) in 2017 where I studied the effects of urban noise on acoustic communication of Myna species for my dissertation. After my masters, I investigated the effects of land-use change on bird communities in extremely remote tribal villages and tropical forests in Jaintia Hills of Meghalaya, a state in Northeast India which lies in the Indo-Burma biodiversity hotspot. I then worked as a junior researcher for a year under the National Mission for Himalayan Studies scheme with the Ministry of Environment, Forest and Climate Change, Government of India, where I intensively documented the utilization and consumption of insects by tribes of three Northeast Indian states- Manipur, Nagaland and Arunachal Pradesh.

Large-scale deforestation, conversion of apex forests to agricultural lands, hunting, climate change, unsustainable harvesting of forest resources etc. might trigger newer coping mechanisms in many species. My research interest broadly revolves around understanding which forest birds adapt well to such events and which do not. The idea is to prioritize vulnerable species and formulate a conservation action plan with the villagers according to local issues. Through an international platform and generous support provided by OICSD, I intend to contribute more to both scientific and social research in Northeast India, a region which remains largely unexplored even today.