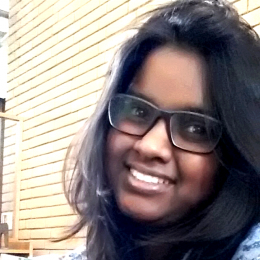 After finishing an MSc at the School of Interdisciplinary Area Studies, Oxford University, and an MPhil in Development Studies at the Oxford Department of International Development, both with distinctions, I am now pursuing a DPhil in International Development. I was awarded Somerville’s 2017 Principal’s Prize for academic excellence. My Masters at Oxford was funded by the Louis Dreyfus-Weidenfeld scholarship, while the MPhil-Dphil is supported by the university’s Indira Gandhi scholarship.

Prior to this, I worked for over 7 years as a journalist with a leading national newspaper The Hindu in Bangalore. I reported on topics ranging from higher education, technology and finance to more specialized focus areas such as the state of labour, work and wages of the vast urban working class in India. My occasional stints with reporting in rural areas got me interested in contemporary development theory. After this academic stint, I intend to return to the field of journalism with grounding and expertise in development studies. As a development expert, with the experience and know-how of mainstream journalism, I hope to be able to make vital interventions. My long-term goal is to be able to lead a team that can steer the agenda on development reporting, both in terms of grassroots reportage and incisive commentary.

My DPhil research focusses on the political economy of social protection programmes in India. It interrogates whether social sector schemes can ‘transform’ the social relations of production in village societies, and probes the determinants of such transformation. My research takes a comparative political economy approach to understanding transformative processes in rural India.