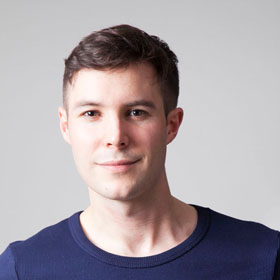 London based journalist and playwright

Theatre has often given a voice to the unheard, and a good playwright holds more than just a pen and paper in their hands. Rather, they hold the tools to illuminate social issues and break down the silence that surrounds stigma.

Somervillian Patrick Cash is one such writer, based in London and offering his voice to the LGBTQ+ community. He graduated in 2011 with an MSt in Creative Writing and his work includes a queer adaptation of A Midsummer Night’s Dream (Arcola Theatre, 2015), and The Chemsex Monologues – a provocative entwining of five different stories into one play, set to return to the King’s Head Theatre this August.

However, it’s not just his writing that has earned him a place on the Observer’s Pride Power List this year. Cash also hosts the gay men’s wellbeing forum ‘Let’s Talk About Gay Sex & Drugs’ once a month, which he says is “designed to facilitate an open and honest discussion about how people perceive sex and drug use amongst the gay male community of London. No judgement.”

The open-mic event is run in collaboration with the Soho clinic 56 Dean Street, and their chemsex expert David Stuart. As Europe’s busiest sexual health centre (seeing over 11,000 patients each month; 7000 of whom are gay or bi men, or ‘men who have sex with men’), Cash attests that “the clinic sees an often traumatic sexual health fallout from this vulnerable patient cohort who grew up with a stigma around their sex, and no same-sex Sex and Relationship Education in schools” and goes on to question, “can this be linked to the current HIV epidemic amongst gay men, and the rise in ‘chemsex’, where men take drugs to facilitate sexual intimacy with one another?”

As a complex and sensitive issue, it’s not a question that can be answered without an honest and objective exploration of many strands of society, but what is crucial, Cash believes, is that these open-mic forums are “giving the conversation back to gay men.”

Cash continues this conversation in his own work, such as highly acclaimed The Chemsex Monologues – ‘chemsex’ being a form of gathering where LGBTQ+ men meet for highs and intercourse. The play is designed to create a dialogue between the ‘internal’ and the ‘external’: the ‘internal’ being the characters portraying the lives of people who attend ‘chillouts’ (another term for ‘chemsex’ gatherings) and the ‘external’ being those in the audience who have never encountered this subculture before.

It is the disparity between these two groups that can create misperceptions and confusion which in turn leads to, what Cash deems, sensationalised and occasionally hysterical media coverage. To resolve these differences there needs to be coherent and open discussion on both sides, and Cash states that “with art you can achieve empathy and enable a spectator to understand their shared humanity with one of these characters”.

He also explicitly references the external and the internal within The Chemsex Monologues itself: “We explore the world from multiple angles: there are two young guys who you might find at the chillouts, but also a female character looking after her best friend, and a sexual health worker doing community outreach.” The poignancy of the play seems rather well expressed in one character’s line: “As modern a homosexual male I might imagine myself, I realised how unused I was to public displays of intimacy with another man in daylight hours”.

Even in such a progressive time as ours, and in such a liberal city as London, there is still an unanswered and sometimes internalised stigma surrounding gay relationships between all genders, meaning that a whole range of human experiences are hidden and invalidated under the cover of metaphorical, as well as occasionally literal, darkness.

This silence can often translate within the literary world to censorship, but Cash is adamant that nothing will stand in the way of the authenticity of his writing. “Controversy?” he says, “Sometimes people mention how writing so openly about drugs may cause problems in the professional world. That makes me shiver at the very concept of ‘professionalism’.

Being great at what you do is fantastic, but the fact we’ve established a work culture where people cannot talk about what may be harmful to them for fear of losing their livelihoods, is breathtakingly dangerous.” Cash, however, is lucky that those who support him, such as 56 Dean Street, Attitude magazine, and publisher Oberon Books, can see through what he disdainfully calls the “façade” of professionalism.

As a collaborative force, all these organisations are paving the way for a diverse collection of people to seek a more accurate representation of their societal experience, among which Cash asserts that “I want greater, more honest speech about drug use in this country.”

As it often is with many authors, Cash’s poems prove to be his most honest and most personal pieces of writing, reflecting his ethos most wholly. After having moved to Paris in 2012, Cash began performing spoken word and has now begun to collate his best poems into a collection. Ever conscious of the modern world he attempts to address, Cash acknowledges that “I’d hope to maybe get it published, although the advent of YouTube and technology has taught us there are other ways of reaching an audience; one of my poems Hate is being remixed into a track to be released by a fairly well-known DJ this year.”

Hate is certainly an apt choice to be converted into a new medium – the poem itself urges the listener to take their hatred for those of a different sexuality, race or religion, and transform it into a positive and self-reflective force. The suitably haunting line “I know my hatred is a ghost” calls to attention the disembodiment of a hate crime from its original source of fear, and again prompts the listener to react, to respond, and to create new conversation.

Breaking down barriers is implicit in all his work, even when traversing the border between different writing styles and genres. Cash notes that “although most of what I’ve achieved today is in theatre and spoken word, I still primarily consider myself a prose writer. A storyteller can adapt a good story to different forms.”

Likewise, Cash celebrates being an LGBTQ+ writer within the queer community, but highlights the need to avoid pigeon-holing; “I also consider myself avidly part of my amazing straight friends’ community. I believe that homophobia and other forms of prejudice result as a fear of difference. To spread understanding and empathy is key to begin combatting ignorance. Therefore in the novel I’m currently working on, there are LGBTQ+ characters but there are also straight main characters, and I wouldn’t want it just to be read by LGBTQ+ people. It’s a novel about youth, about the UK, and about difference, but ultimately it’s about celebrating our capability for solidarity in times of division. And, if I don’t sound too pretentious already, that’s what I believe is available to all of us in our society.”

Visit www.patrickcash.co.uk to discover more of Patrick Cash’s work, including clips of his spoken word performances.