We are deeply saddened to share the news that our dear friend and stalwart supporter the Rt. Hon. Baroness Williams of Crosby died in the early hours of this morning, Monday 12th April 2021. 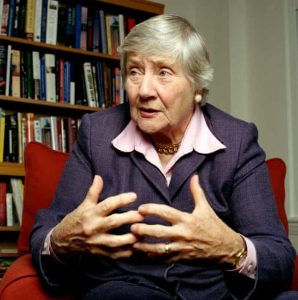 Baroness Williams (1948, PPE) was a true giant of British politics, whose loss will be felt by the countless friends and colleagues whose lives she touched with her kindness, intelligence and implacable commitment to the values she embodied.

Speaking about Baroness Williams, our Principal Jan Royall commented, ‘Shirley was the finest example of a Somervillian – her intellect, passion and kindness emanated from a profound commitment to the values we hold dear. She was a true feminist, a woman of great intellect who cared deeply and worked tirelessly to bring about greater social and economic justice for all. Moreover, I never spent a moment in her company which I did not appreciate or enjoy.’ 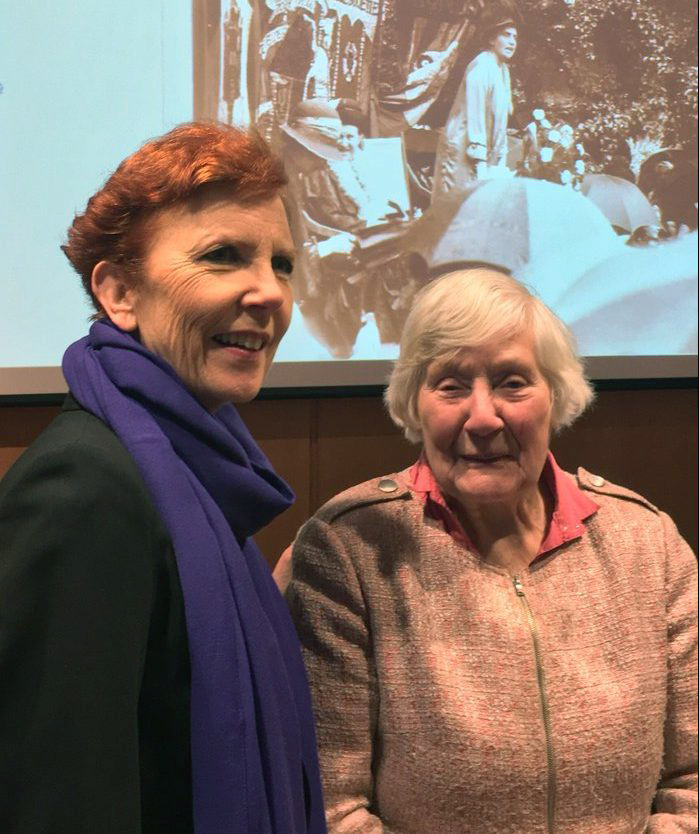 Shirley Williams was born in 1930, in London, the second child of the political scientist George Catlin and the pacifist author Vera Brittain. Raised in a strongly political and intellectual household, Shirley was named after Charlotte Brontë’s eponymous ‘gallant little cavalier’, a champion of social justice. In some sense, therefore, she seems to have been destined for a life of public service from birth.

The young Shirley Williams was also fortunate enough to encounter a succession of fiercely independent and outspoke female authors, including another eminent Somervillian and great friend of Vera Brittain, Winifred Holtby. Holtby’s novel South Riding, which contains a lovingly ironic portrayal of the machinations of local government, would later become a treasured text for Baroness Williams. 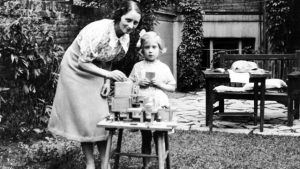 Speaking of her childhood, Baroness Williams commented, ‘I know now how unusual my own experience has been. I was fortunate when young to hear people talk about politics, social issues, war and peace and our responsibility to build a better world. As a result, I believed I could do and be whatever I wanted. I know that is unusual.’

The climate of intellectual rigour and political commitment which prevailed during  Baroness Williams’ early life undoubtedly established the foundations of her personality. In later life, Baroness Williams herself confirmed how these foundations were consolidated by her education at Somerville.

‘For me, the lessons of a childhood shared with a great Somervillian, and of a life lived and shaped by Somerville, are these: think, write and read, always; live and work vividly, and bring your mind to bear on everything, from the tiniest practical problem to the widest social issue; respect the views of others, and of the past, but don’t let that stop you being awkward when you need to be. Argue for what you believe, and do it well.’ 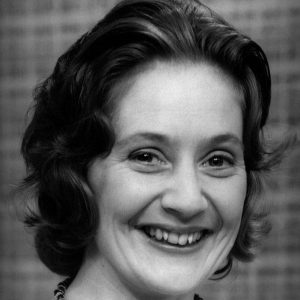 The path to Somerville was not a certain one, however. Baroness Williams describes in the foreword to Somerville at 140 how ‘When I first arrived, in the spring of 1948, at Somerville to be offered a scholarship, I was in a thoroughly bad temper. I was convinced that I had only been offered a scholarship because my mother was a Somervillian (I did not appreciate that this was not Somerville’s style and never had been). I much preferred my own choice to go to the LSE. I remember walking into the Principal’s office and telling her that I rejected the bloody scholarship, and then I turned to leave. Faced with that, anyone else would have let me go, with a strong sense of Good Riddance, but this was the inimitable, unforgettable, Janet Vaughan. She was intrigued rather than offended: ‘Come and tell me why you are so bloody angry’, she said, and sat down on the floor. So I did, and sat down next to her. Our conversation was the main reason I eventually accepted the scholarship.’ 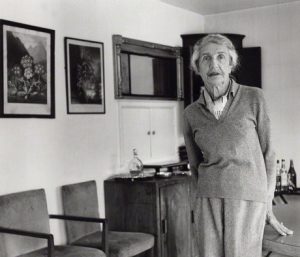 From this encounter, Baroness Williams learned something about Somerville. ‘I learned that Somervillians are intrigued by events rather than shocked by them. They are intelligent, and they have a candour that can sometimes be bracing. They are not always likeable: so be it. They have a yearning for public service that is both bold and radical (no matter what their politics) that may sometimes seem at odds with today’s world.’

The young Shirley Williams duly arrived to read PPE at Somerville in 1948. At that time, the university was still in the grip of post-war austerity, populated predominantly by men who had come straight from the war rather than school. Baroness Williams recalls how, at that time, ‘Somerville was an austere place, not least in its food (potato cakes and dried milk featured heavily, I recall), but it was nonetheless full of opportunities. I enjoyed acting as well as politics. I made friends at Somerville who are still my beloved friends now.’

Some may be surprised to hear of Baroness Williams’ dual passion for politics and acting – yet the latter was a well-established love affair. Prior to Oxford, the young Shirley Williams auditioned for a role in National Velvet, coming a close second to Elizabeth Taylor. At Oxford, meanwhile, her commitment to acting was so complete that her tutor had to beg her to submit essays on time and the future leader of the SDP even found time to appear in the pages of the Isis magazine as the Isis Idol. (On a more serious note, she also appeared as Cordelia in a celebrated OUDS production of King Lear directed by Tony Richardson, which transferred briefly to the West End.)

However, politics soon exerted the stronger call. In 1950, Shirley Williams was elected as the first woman chair of the Oxford University Labour Club, which at that time had 1,500 members. On leaving Oxford, Williams capitalised on this momentum when she was selected for her first parliamentary seat, as the Labour candidate for the safe Conservative constituency of Harwich, which she contested unsuccessfully in a byelection in 1954. 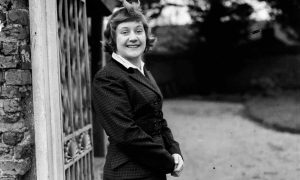 Shirley Williams, the Labour candidate for the 1954 Harwich by-election.

A third attempt to gain election in 1964, in the narrowly contested seat of Hitchin, was successful and marked the beginning of a political career which saw Baroness Williams spend fifteen years more or less continuously on the front bench and five years within the Cabinet. Valued for her boldness and integrity, she held a succession of ministerial, shadow cabinet and cabinet roles, including Secretary of State for Education and Science in the Callaghan government. It was in this post that Williams, ever the egalitarian, abolished the socially divisive 11-plus examination in most education authorities.

In 1981, as the Labour party became increasingly left wing, Baroness Williams, joined with fellow senior Labour MPs Roy Jenkins, David Owen and Bill Rodgers (known collectively as the ‘Gang of Four’), to form the Social Democratic Party (SDP). However, despite becoming the country’s first SDP MP in 1991, Baroness Williams would later note that her choice not to fight for an earlier bellwether byelection in Warrington, Cheshire, was her greatest political mistake. It is certainly possible that, in failing to compete for this seat and subsequently refusing to compete for leadership of the SDP, Williams altered the trajectory of the nascent political party – thereby leaving us with one of the great ‘What if?’ questions of British politics. Namely, if Williams, who enjoyed enormous popularity among the electorate, had taken on the leadership, might the SDP’s early momentum have been sustained and thus altered the outcome of the 1983 and 1987 General Elections?

Alas, we shall never know the answer. Following underwhelming General Election performances, the SDP merged with the Liberal party to form the Lib Dems, and in 1993 Shirley Williams took her seat in the House of Lords, as Baroness Williams of Crosby. Here she worked tirelessly across a number of issues close to her heart, as well as serving as the Leader of the Liberal Democrats in the Lords from 2001 to 2004. 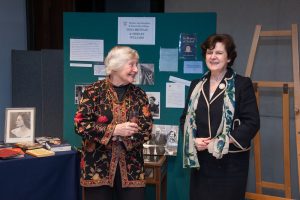 Shirley Williams and Alice Prochaska at the opening of the Brittain-Williams room, 2013.

Finally, it should be noted that Baroness Williams was also a dedicated European (even when it was unpopular) and an internationalist, who remained committed to the principles of social and economic justice for all. She maintained strong ties with India and, under Gordon Brown’s premiership, became an adviser on nuclear proliferation. An author and academic of note, Baroness Williams was Professor of Elective Politics at Harvard’s Kennedy School of Government from 1988 to 2000 and she held Honorary Fellowships at both Somerville and Newnham College, Cambridge.

Baroness Williams retained strong ties with Somerville throughout her life. In 2013, she returned to college to open the Brittain-Williams Room and unveil her portrait, which still hangs there. Baroness Williams also returned to Oxford in 2017, when she received an Honorary Doctorate in Civil Law at Oxford University’s annual Encaenia ceremony. Most recently, Baroness Williams returned in 2019 to attend our 140th Birthday Celebrations. Click the image below for a short excerpt from specially recorded interview Baroness Williams gave for the college’s 140th birthday commemorative film. 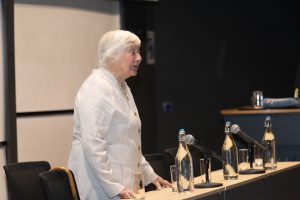 Baroness Williams is survived by her daughter, Rebecca, and her grandchildren Nat and Sam – as well as the countless Somervillians whose lives she affected with her integrity, intellect and warmth. You are warmly invited to share your memories or condolences using the form below, should you wish.