The Oxford India Centre for Sustainable Development (OICSD) is offering three scholarships in the year 2022-2023 for Indian students pursuing their postgraduate studies in law at the University of Oxford.

The HSA Advocates Career Development Award, housed within the Cornelia Sorabji progamme, has been generously supported by Mr Hemant Sahai, Founding Partner of HSA Advocates. “The HSA Scholarship has given me the wonderful opportunity to explore structures of international dispute resolution and how they interact with social forces, and has allowed me to become a part of the OICSD family, through which I have been introduced to incredible people and research,” said Avani Agarwal, BCL candidate and HSA Advocates Award recipient 2021-22. “I am very grateful to have got this chance to spend a year at Somerville College and grow in the shadow of its empowering legacy!” 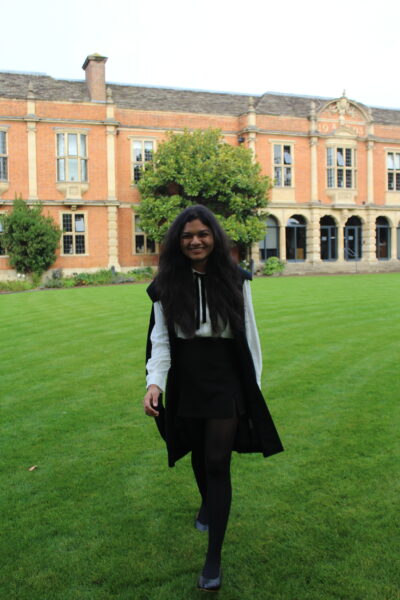 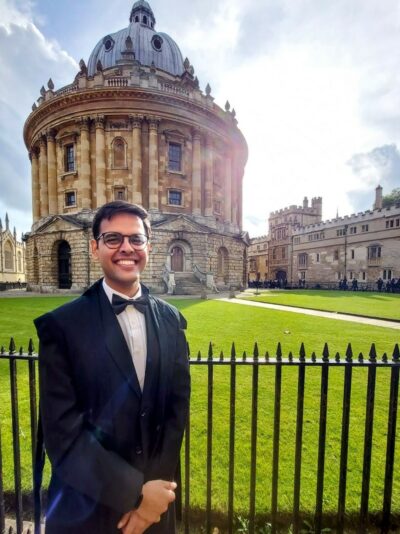 The Cornelia Sorabji Scholarship, named after the first woman to study law at the University of Oxford, was launched with support from the legal community, friends and advisors to the OICSD including art historian and environmentalist Dr Pheroza Godrej, Mr Darius J Khambata, Mr Uday Walia of Platinum Partners and senior advocates Mr Harin Raval and Mr Chander Uday Singh. “The OICSD community has been the highlight of my time at Oxford, said Shubrojyoti Mukherjee, BCL candidate and Cornelia Sorabji Scholar 2021-22. “The Centre created a unique space for me to seek support, interact with driven people, their inspiring ideas, and the opportunities to learn from their research in diverse fields beyond law. On top of all this, being on a scholarship dedicated to Cornelia Sorabji, a trail blazer in the Indian legal profession, constantly reinforces my belief in hard work, confidence in one’s ideas, and the courage to pursue it.”

“Somerville’s India-turned reach is one of the great educational moments and positionings of the University of Oxford, its ability to integrate Indian genius, ensure that they receive the right kind of recognition but more importantly are given the feel and space to enjoy the intellectual integrity and happiness in moments of discovery,” said Mr Subramanium, at a recent Roundtable convened by the Oxford India Centre for Sustainable Development. 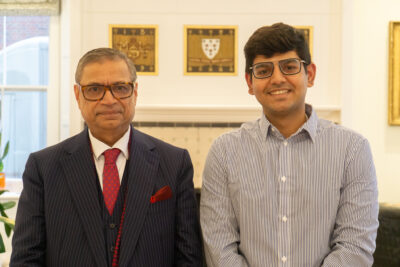 Swapnil Tripathi’s research looks at judicial review exercised by the Supreme Court of India. “In particular, I am looking at the procedural deviations committed by the Court while exercising its suo motu and PIL jurisdiction,” said Swapnil. “Mr. Gopal Subramanium has been instrumental in laying down much of India’s current Constitutional Law through his arguments before the Constitutional Courts of India. Therefore, it is an absolute honour to have been endowed with the Gopal Subramanium Scholarship. The scholarship has not only aided my DPhil Studies at the University of Oxford but also allowed me to make an acquaintance with Mr. Subramanium and receive his guidance.”

The scholarships will be awarded on the basis of academic merit and relevance of studies to the Centre’s interdisciplinary aims. Financial need will also be considered. All eligible candidates who have applied for graduate study by 21 January 2022 will be considered, regardless of which college preference (if any) is included in the graduate application.

Successful scholars will be transferred to Somerville. Shortlisted candidates will be contacted in April 2022 and asked to submit some additional information to support their application.