Beyond Good and Evil: Alexander Starritt discusses ‘We Germans’

In 2021, Alexander Starritt won the Dayton Peace Prize for his second novel We Germans. He joined us to discuss the challenge of depicting the realities of war and why he donated his prize money to fund a new sanctuary scholarship at Somerville.

We Germans considers what happens when human beings kick out the supports under the edifice of civilisation.

One day in the early 1960s, Alexander Starritt’s mother and grandparents jumped from a moving train into West Berlin. In doing so, the family began a journey familiar to millions of displaced people today, leading from the precarious, hand-medown existence of the refugee to a settled, if unrecognisable, life in a new world.

However, when I meet Alexander Starritt to discuss We Germans, he is keen to emphasise that it’s the history leading up to that fateful leap which dominates his second novel – as well as the dangerous tendency of history to repeat itself unless individuals make a concerted effort to do things differently.

We Germans is written as a letter from a German soldier to his grandson, recalling his years on the Eastern front. It’s inspired by the experiences of Starritt’s own grandfather, beginning when the narrator, Meissner, is drafted into the Wehrmacht as an aspiring 19 year-old scientist. He spends four long years evading death as a soldier and three more confined to the gulag. The letter focuses, however, on the autumn of 1944, when Meissner’s regiment has dissolved and the Germans, in retreat from a rapidly advancing Russian Army, have all but lost the war, their “mental, physical and moral disintegration almost complete.” 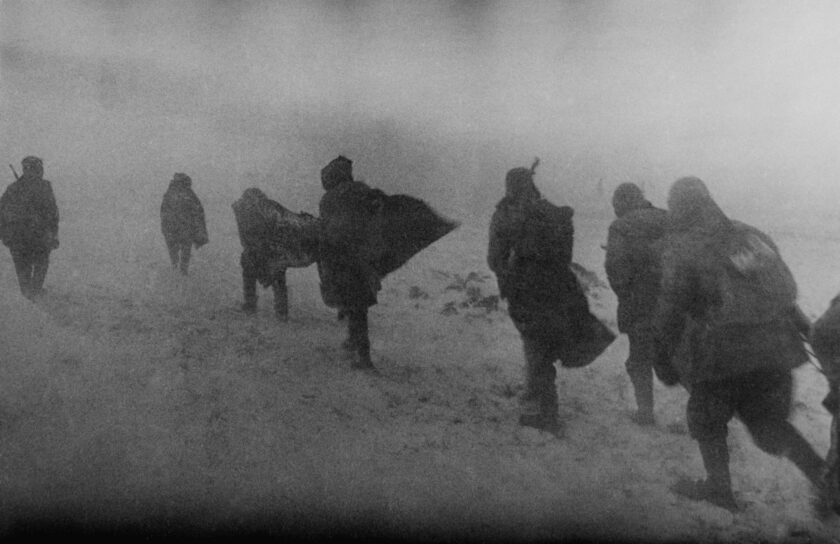 Highlighting the moral as well as physical and mental disintegration of the German troops is not a means by which to attenuate guilt, Starritt tells me. His grandfather’s generation knew their consciences would always be burdened by what they had seen and done. Instead, We Germans seeks to provide a layered meditation on what happens to human beings when they have, as Starritt writes, “kicked out the supports under the edifice of civilisation.” Can anyone ever be reconciled to the barbarism of the Eastern Front, where seven out of eight of all Germany’s soldier deaths in World War Two occurred? And how much guilt should a person bear if his country succumbed to an ideology as evil as Nazism, even though he never professed it himself?

In order to handle such difficult questions, Starritt faced a challenge: how would he prevent the reader from dismissing the events that occurred as those of another time or a different people? The answer to maintaining the reader’s empathy, Starritt explains, came from his literary hero, Tolstoy. “He’s the master of introducing detail that is non-essential to the plot, but fundamental to giving the fictional world its texture.”

He filled exercise books with notes and very often found entire plot points through his research. Much of what he found turns up in the novel – and not merely the harrowing details of mass suicides, villagers strung up from trees ‘like plums’ and other details too gruesome to mention. The texture of reality in We Germans is also enriched by the mundane: the colour of the mud in Ukraine, the smell of an armoured column, the way rifle shells made with too little brass explode in the barrel, ‘blowing out a steel bubble halfway along its length, like an arthritic knuckle.’ Even the soldier’s perennial, morbid fascination with the state of his feet finds a place.

“We Germans considers what happens when human beings kick out the supports under the edifice of civilisation.”

The purpose of all this realism is surely to invite an engagement and empathy with the characters that looks beyond the reductive binaries of good and evil, us and them. This brings Starritt to what is essentially the heart of the novel. “One of the main themes of We Germans is that people don’t live in isolation from their times or the institutions they encounter. The moral choices and parameters available to us are slanted by where and when we’re born as much as anything.” At one point Meissner articulates this view with flawless empiricism: a soldier posted to a concentration camp inherits a very different set of moral choices to the soldier manning a radar station in Norway, he reasons, their lives and moral landscapes diverging as a consequence.

I wonder whether there’s a risk to arguing that morality is determined by circumstance. Don’t you end up in a relativistic cul-de-sac where everything is meaningless? “I would say that there are two obvious responses to the idea that morality is subjective,” Starritt replies. “One is to say, like an existentialist, everything is absurd, nothing really matters, we’re all dead in the end, so let’s just tend our gardens, smoke clove cigarettes, and have unsatisfying love affairs.

“The alternative view, the one I prefer to take, is to acknowledge that morals and morality are human artefacts, the aggregate of innumerable human decisions and human lives, which means we have a choice: morality can be whatever we make it. What we had under the Nazis is one version, what we have now is another.”

“Supporting a Sanctuary Scholar felt like passing on the same kindness my family once received to someone else.”

The same choice also faces institutions and nation states, Starritt argues, as we come full circle to consider the plight of displaced people in Ukraine. “I think acknowledging the fact that there’s no objective moral code cuts through the tangle a lot of countries get themselves into. The way to help Ukraine isn’t by threatening to take Putin to the international criminal court, it’s by winning the war. That’s what stopped Nazism.” 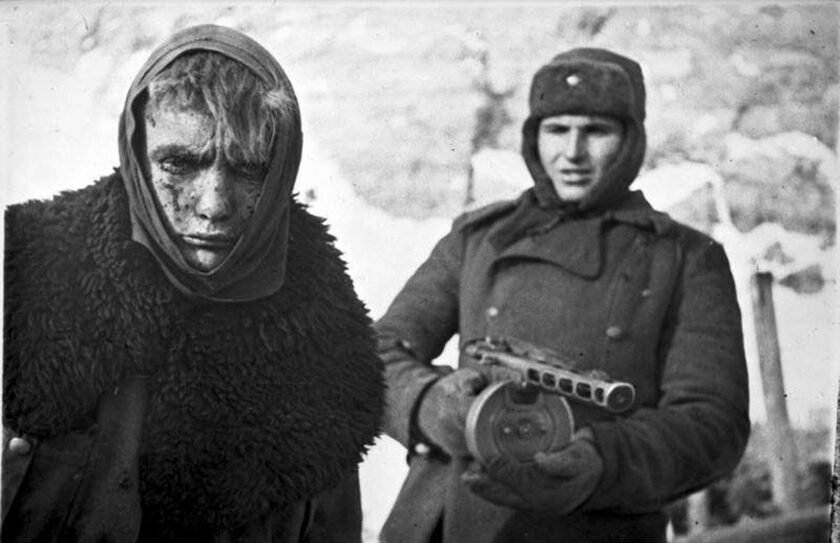 In February of 1943, a Soviet soldier stands guard behind a captured German soldier. Associated Press

Of course, there are other ways we can help, Starritt adds. One of which is helping those impacted by these crises. This is something Alex himself did when he donated the prize money he received for winning The Dayton Literary Peace Prize, an accolade given to works of literature with the power to promote peace, to establish a new Sanctuary Scholarship at Somerville.

“Supporting a sanctuary scholar at my old college seemed a much better way of spending the money than just frittering it away. It felt like passing on the same kindness my family once received from strangers to someone else, helping them to make their start in a new country.”

The name of the inaugural Ingrid Starritt Sanctuary Scholar will be announced in the 2021-22 issue of Somerville College’s Report for Donors. Read more about our work as a College of Sanctuary at https://www.some.ox.ac.uk/about/sanctuary/ 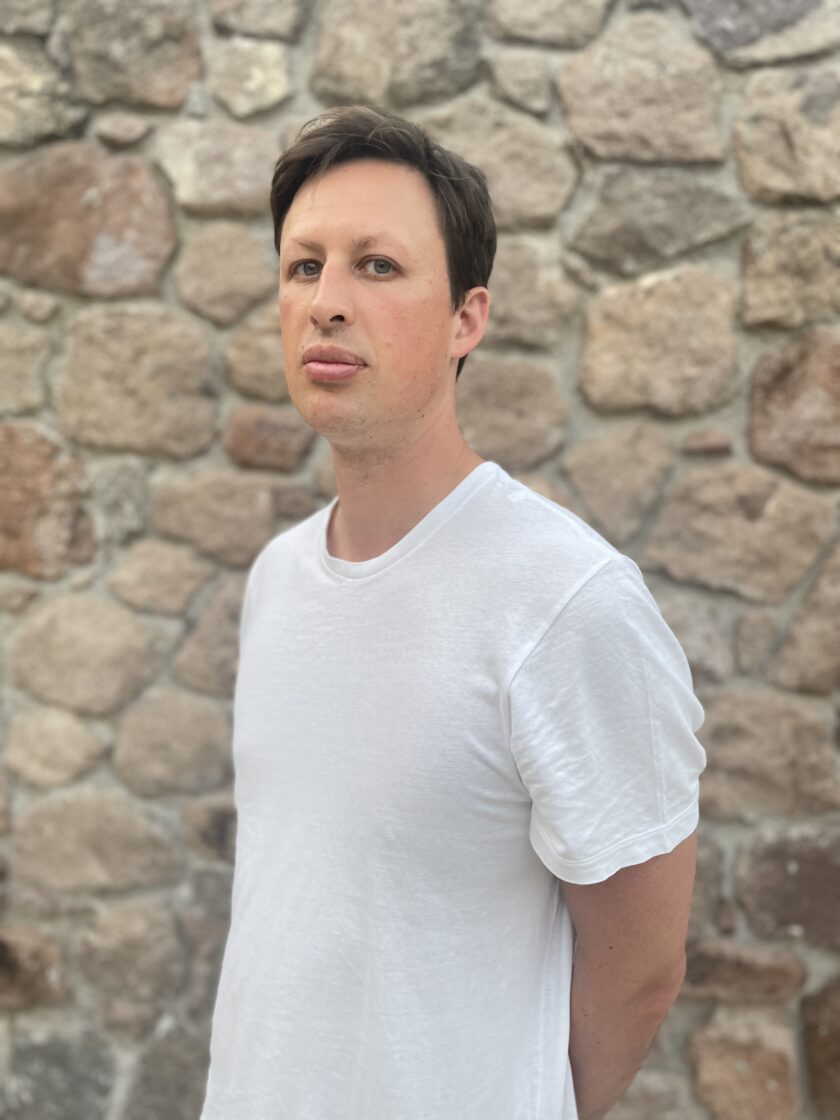 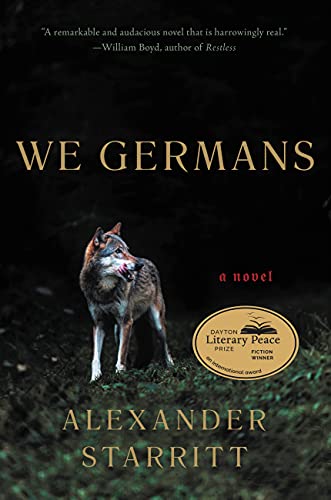 ‘We Germans’ is published by John Murray Press