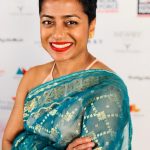 This year’s Monica Fooks Memorial lecture will be given by Poppy Jaman OBE.

Poppy is an internationally respected mental health advocate, national policy advisor and social entrepreneur who has worked in more than ten countries. She is the CEO of the City Mental Health Alliance (CMHA), a coalition of City businesses working to increase understanding of mental health issues and to create a culture of good mental health in the City.

Poppy was the former CEO and a co-founder of Mental Health First Aid (MHFA) England which, under Poppy’s leadership, grew from a small government project into a commercially successful community interest company. In 2017, MHFA England was recognised by the Financial Times as one of the fastest growing SME’s in Europe.

Also in 2017, after briefing the Prime Minister and her cabinet on MHFA in Parliament, the Secretary of State named Poppy as one of England’s mental health experts.

In the 2018 New Year’s Honours, Poppy was awarded an OBE in recognition of her services to people with mental health issues and at the beginning of 2019, she received an Honorary Doctorate of philosophy by the University of Gloucestershire. Poppy is also a non-executive director on the board of Public Health England.

Monica Fooks Memorial Lecture ‘University, not the only challenge’