Dr Joanna Raisbeck’s doctoral thesis, conceived and guided by her graduate studies at Somerville, has this month been confirmed as the recipient of two prestigious German research prizes.

Dr Raisbeck, who is currently a Stipendiary Lecturer in German at St Hilda’s College and Wadham College, last year won the inaugural Klaus Heyne-Preis zur Erforschung der Romantik (Klaus Heyne-Award for Research in German Romanticism) for her doctoral thesis, ‘Poetic Metaphysics in Karoline von Günderrode’. The prize is awarded by the Goethe-Universität Frankfurt am Main for an ‘outstanding contribution to the study of Romanticism’.

It is a huge honour to have had such success with German research prizes, and this would have not been possible without having been at Somerville.

Earlier this month, Dr Raisbeck was also confirmed as the joint-recipient of the Novalis-Preis 2022 for her doctoral thesis. The Novalis prize is awarded every two years by the Internationale Novalis-Gesellschaft [International Novalis Society] and the Friedrich-Schiller-Universität Jena for ‘innovative and interdisciplinary research in European Romanticism’.

Reflecting on the genesis of her work at Somerville, Dr Raisbeck said,  ‘I came to Somerville thanks to the generosity of a college- and Faculty-funded studentship for my graduate studies. It was an excellent and welcoming environment in which to pursue research, and the MCR was a terrific social space. I have fond memories in particular of spending time in the college library and archives, where I was fortunate enough to see, among other things, the tutorial reports for Dorothy L. Sayers, and a fair copy of a poem by Heinrich Heine (which I believe to be in his own hand).

‘Professor Almut Suerbaum was always on hand with advice about how to do doctoral research and pursue an academic career in the UK and Germany. I am very grateful for the college’s support in all its forms. It is a huge honour to have had such success with German research prizes, and this would have not been possible without having been at Somerville.’

Read more about the Novalis-Preis 2022 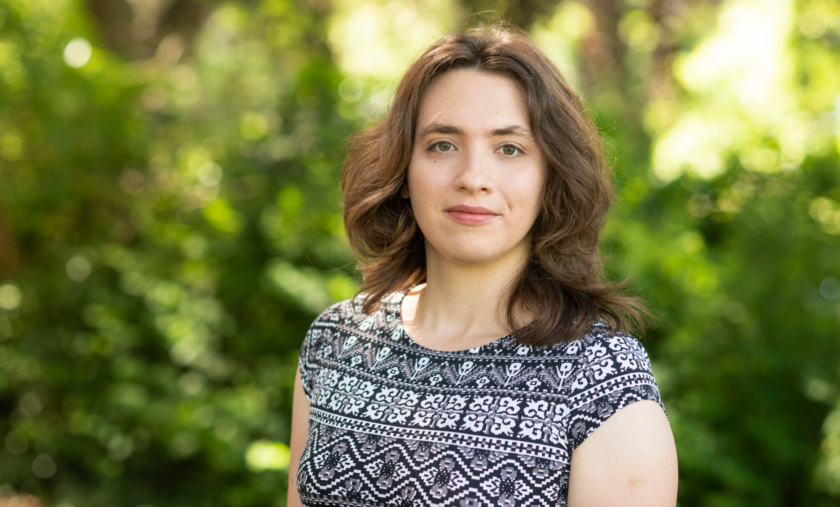