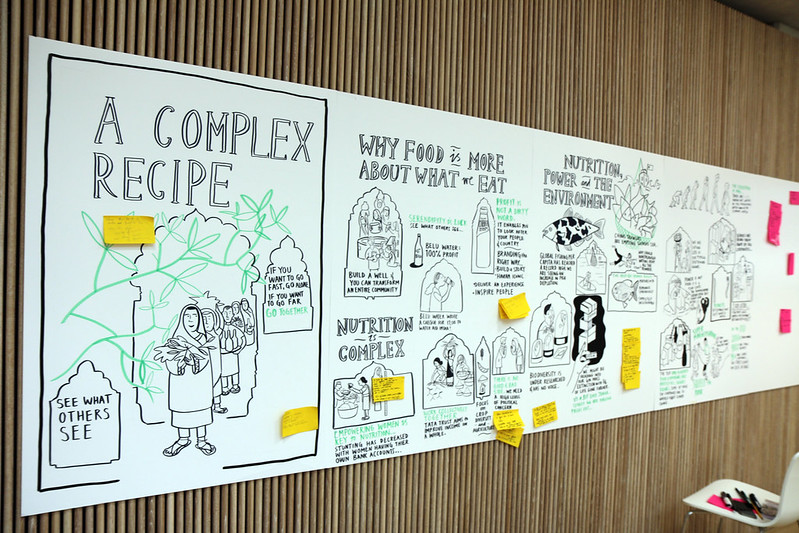 On the 12th and 13th of July, the Oxford India Centre for Sustainable Development, from Somerville College, hosted over 100 key players from academia, industry, government and civil society in a two-day conference, entitled A complex recipe – why food is about more than what we eat: nutrition, power and the environment.

The conference was organised and sponsored by Somerville College and had further sponsorship from the Ernest Cook Trust. Special thanks go to development partners Tata Trusts for providing funding to enable participation for participants from low income countries, and for secretariat support that will enable action points to be taken forward from the conference

The conference, designed and organised by OICSD Research Director Dr Alfred Gathorne-Hardy and Zuhura Plummer, was devised to be engaging, inspiring and to enable participants to forge shared pathways towards sustainable nutrition. The conference included a range of speakers from different disciplines, as well as variety of panel discussions. 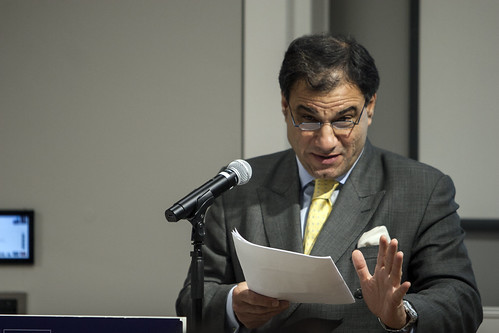 First to speak was Lord (Karan) Bilimoria of Chelsea – entrepreneur, Chancellor of Birmingham University, founder of Cobra Beer and representative of the Government of India on the OICSD’s Implementation Committee. Speaking from a business perspective, he offered words that reflected the conference’s objectives and ended with the Indian proverb ‘if you want to go fast, go alone. If you want to go far, go together.’

Lord Bilimoria’s talk was followed by an introduction to the key topics of the conference, and addressed the conference’s tagline of why food is about more than what we eat. This overview was given by Shireen Vakil of Tata Trusts, Professor Alex Rogers (OICSD Director) and Dr Alfred Gathorne-Hardy. 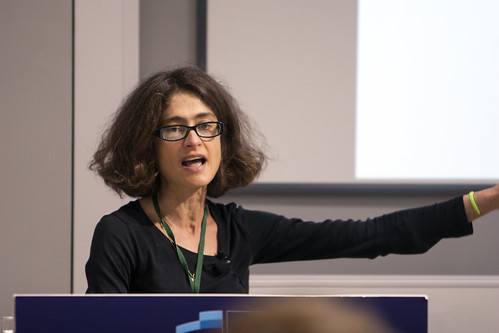 Next to speak on the three keywords of the conference – Nutrition, Power and the Environment –  were respectively: Prakash Shetty, Professor of Public Health Nutrition at Southampton University and CEO of LANSA research; Tim Lang, Professor of Food Policy at City University and founder of Food Policy City; and Dr Tara Garnett, who runs the Food Climate Research Network.

This was followed by the first panel discussion, on Public Food Systems, chaired by Lord Deben, Chairman of the Committee on Climate Change. The panel include Professor Madhura Swaminathan from the Indian Statistical Institute who presented data on the Indian Public Distribution System; Dr Alok Ranjan, ICO at the Bill and Melinda Gates Foundation, who spoke on maternal and child undernutrition; Dr Andrés Mejía Acosta, Senior Lecturer in Political Economy of Emerging Markets at King’s College International Development Institute, who analysed nutrition governance and the politics of reducing malnutrition; and Professor James Bullock, leading ecologist at NERC Centre for Ecology and Hydrology who discussed options to improve biodiversity on farms without reducing yields. 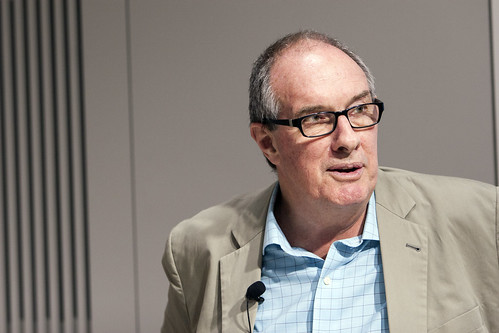 Day one of the conference ended with a talk from Will Hutton, Principal of Hertford College, journalist and author of Them and Us: Changing Britain — Why We Need a Fair Society, after which guests were invited to a formal dinner at Somerville College with a keynote address from the Chancellor of the University of Oxford, Lord Patten of Barnes. 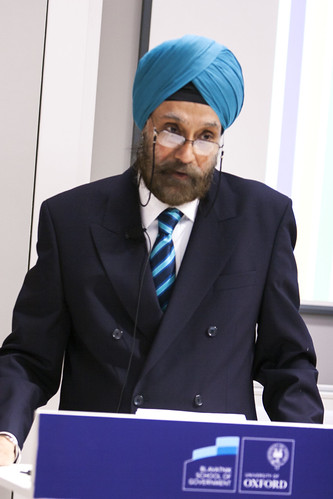 To begin the second day of A Complex Recipe, the Indian High Commissioner, Mr. Navtej Sarna, spoke on Oxford’s, and more specifically Somerville College’s, deep links with India, referring to the pioneering barrister Cornelia Sorabji, who became the first Indian woman to study at Oxford university in 1889. He also warned of the critical importance of sustainable development but noted that ‘without eradication of poverty, sustainable development becomes a meaningless slogan.’ 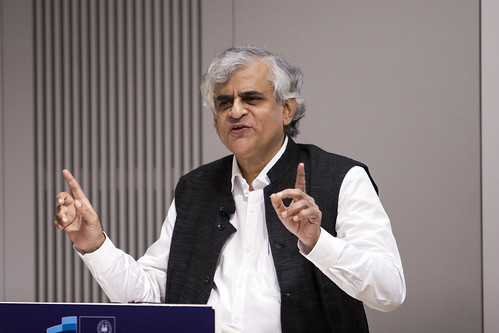 P. Sainath, political journalist and founding editor of the People’s Archive of Rural India, then made a speech highlighting the severely unequal distribution of wealth in India, noting that just one percent of India’s population have over half of its wealth. He used the unequal distribution of water in India as an example to demonstrate social inequality — comparing images of drought stricken Mumbai with the proposed Mumbai residential tower that will have a swimming pool on every balcony. 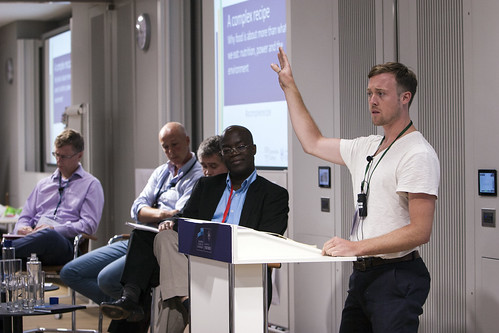 Following P. Sainath the second panel discussion of the conference shifted the focus to sustainable nutrition from the oceans. Chairman of the panel was Professor of Conservation Biology and the OICSD’s Director, Professor Alex Rogers, who is also the Ernest Cook Fellow in Biology at Somerville College. Panelists were Dr Rashid Sumalia, Professor and Director of the Fisheries Economics Research Unit at UBC Fisheries Centre, who analysed power, fish protein distribution and sustainability; Dr Al Harris, founder of marine conservation Blue Ventures, who spoke on community conservation project in Madagascar; Will McCallum, political advisor at Green Peace, who focused on fisheries, local fishermen and distribution centres; and David Agnew, Science and Standards Director of the Marine Stewardship Council, who spoke on sustainable fishing. 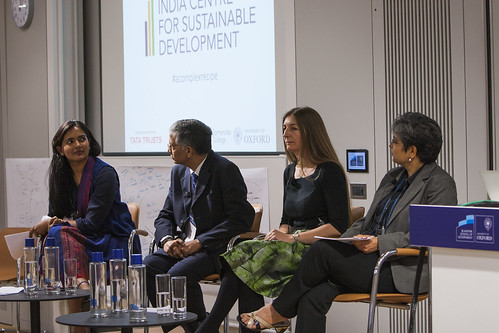 The final panel of the conference, titled ‘Hidden Hunger in Context’, was chaired by Seema Bansal, Director of BCG India’s Social Impact and Public Sector practice. The panel was made up of Neena Shah-More, Programme Director at the Society for Nutrition, Education and Health Action; COO of consumer business at Tata Chemicals Richa Arora, who spoke on sustainable growth; Dr Rajan Sankar, President of the India Nutrition Initiative and Senior Advisor to the Tata Trusts, who focused on micronutrient deficiencies; and the final panelist of the conference was Dr Barbara Smith, Senior Research Fellow at the Centre for Agroecology, Water and Resilience, who looked at how pollination can impact both the yield and nutritional status of different foods. 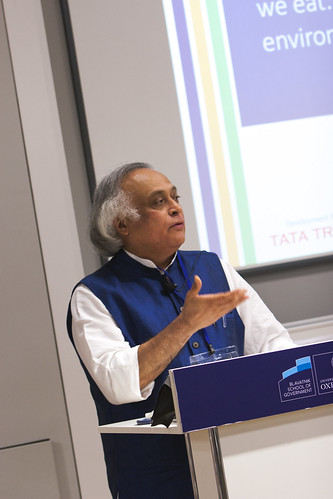 MP for Andhra Pradesh, Jairam Ramesh (writer and a former Minister for the Environment in the Indian Government), offered some reflections on A Complex Recipe before the event entered its final stage. The rest of the conference focused on deciding the specifics to be taken forward. This was led largely by the post-it wall that all participants were encouraged to contribute to throughout the two days. Any thoughts about research challenges or opportunities were written on post it notes which were then stuck up on the wall. Then later, these notes were categorised by theme — environment, gender, youth, corporate power, government policy, what we eat, and health — and played a key role in the final part of the conference. 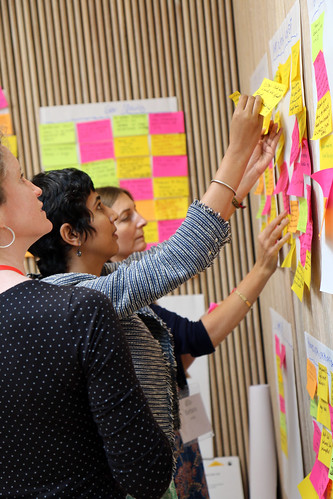 Also a contributing factor were the 90 second ‘soapbox’ speeches that were being made throughout the conference. Inspired by London’s Speaker’s Corner, a board was set up so that individuals who thought a vital perspective was being overlooked were encouraged to write their names down. They then had the opportunity to address the room every time there was a break in the session. 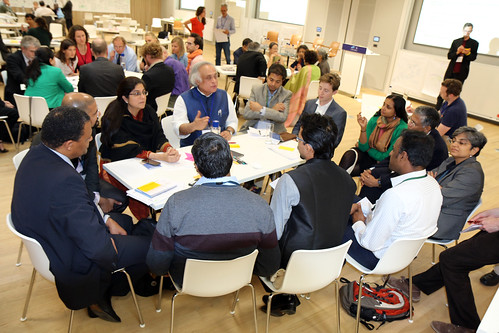 This led participants to break up into eight working groups, discussing the following research proposals:

After an hour’s discussion, some of which became heated debate, each group took to the stage to present their ideas. 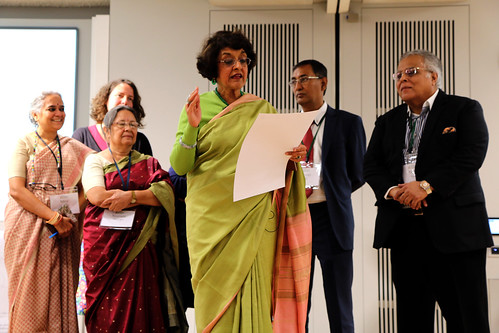 Throughout the conference, illustrator Josie Willey was creating a visual representation of the key themes covered. You can see the results, which spanned over a whole wall, in photos below. Also, please take a look at some of the photos captured over the course of the two days.

We will be posting regular updates on the research that will follow from the first inaugural OICSD conference.

The OICSD advances India’s sustainable development by bringing different academic disciplines and sectors together. We develop future leaders by supporting exceptional Indian scholars to study at Oxford; we carry out multidisciplinary research on sustainable nutrition, the environment and health; and we translate academic ideas to the ground. 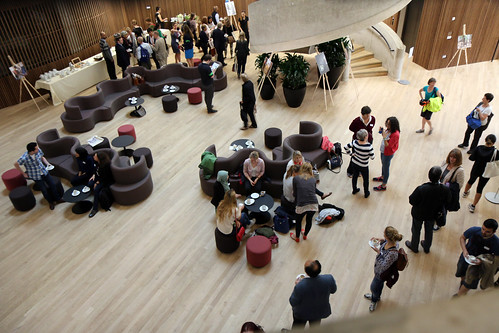 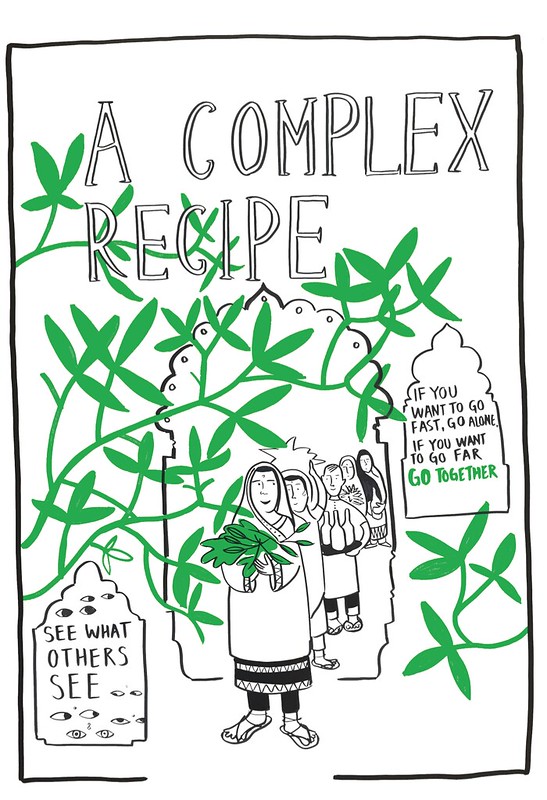