The Long Read: Reflections on the Elizabethan Age

On the occasion of the state funeral of Queen Elizabeth II, we invited several contributors to reflect on the Queen’s life, the historical significance of her reign and her connection to Oxford and Somerville. Included in this long read are a personal reflection by Somerville College Principal Jan Royall, an account of the Queen’s 1968 visit to the College by Emeritus Fellow and former College Librarian Pauline Adams and a historical perspective on the queen’s reign by Whitehall historian Gill Bennett.

Jan Royall, Principal: ‘She was a queen of continuity’ 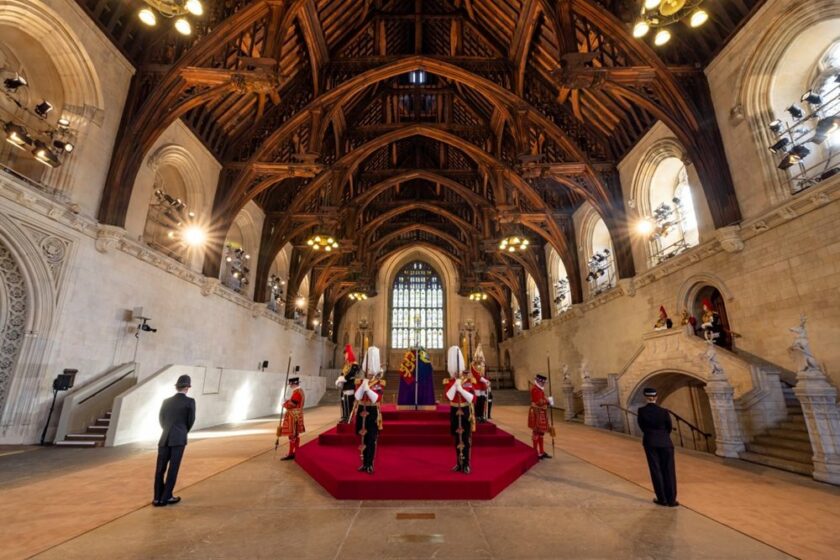 Last Wednesday afternoon I stood in Westminster Hall, watching as the coffin of the late Queen was brought forward to lie in state. Finding myself in the room where Richard the Lionheart was crowned and Charles I stood trial, at yet another pivotal moment in the history of the British monarchy, was enough to induce vertigo.

Today, on the occasion of the state funeral, I recognise that we will all have our own feelings and views on Elizabeth II. In a diverse community such as ours, the news of her passing will have affected us all in different ways. This diversity of opinion and the right to express those views is not only fundamental to our College’s long-held traditions of intellectual freedom, but more broadly to our democracy. I do not wish to intrude upon those private thoughts or views, today or ever.

My own view of the Queen, brought into stark relief by that last, poignant encounter in Westminster Hall, is that she was an extraordinary woman whose dedication to this country and its people was second to none. To my eyes, hers was a life of service and steadfastness; she provided a reassuring thread of continuity in a turbulent world. During the course of her reign we saw the world change beyond recognition, technologically, socially, politically and economically – yet she remained constant. She understood Lampedusa’s maxim from The Leopard that, “If we want things to remain the same, things will have to change.” 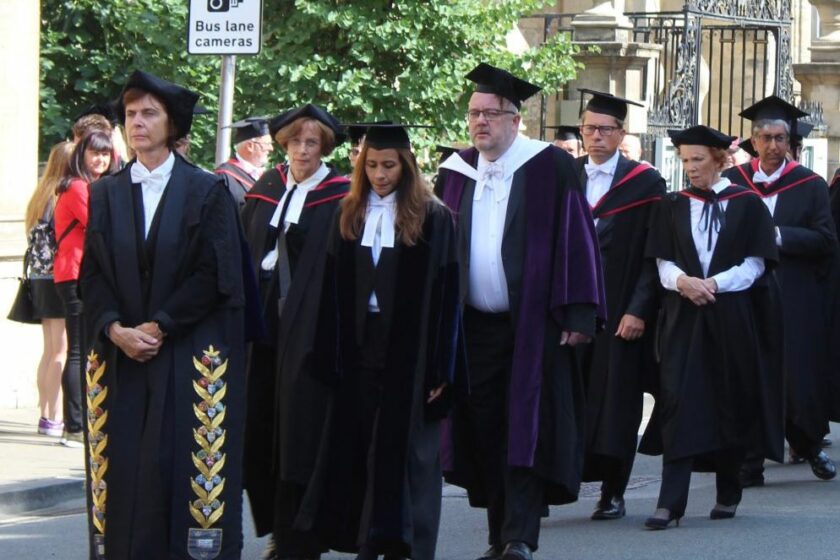 Of course, as the Principal of a former women’s college, I cannot help but recognise the significance of her gender. I think of this most when I look at the wonderful picture of the Queen’s visit to Somerville in 1968, when she met all five heads of the women’s colleges, all of whom were Somervillians. You can read our former librarian Pauline Adams’ excellent account of this visit below.

The Queen embarked on many significant diplomatic missions during her life – I was particularly moved, for example, by Lord Alderdice’s recollection of her visit to the Republic of Ireland in 2011, when she laid flowers for all those who died in the Troubles. And yet that 1968 visit to the women’s colleges also held a powerful symbolic charge for those who wished to see it. I am sure that she shared in the pride of these five colleges at how far they’d come, at how much their alumni had achieved and would achieve in the rapidly changing world beyond Oxford. 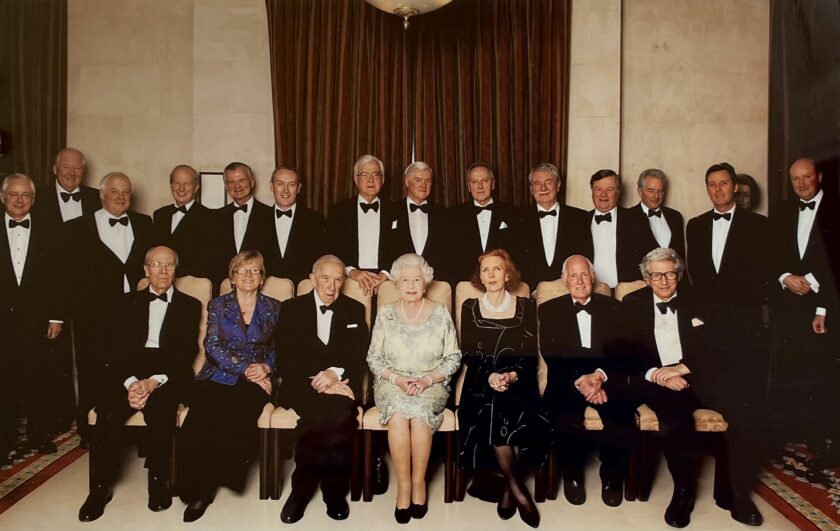 My own fondest memory of the Queen is the 2009 dinner I hosted for her in my capacity as Chancellor of the Duchy of Lancaster. I was apprehensive beforehand, knowing I’d have to sit beside the Queen all evening. And yet it was a delight. She always took great pains to make one feel at ease, and was disarmingly normal. We talked about normal things – grandchildren, women and wellington boots – and the evening was over altogether too soon.

Emeritus Fellow Pauline Adams is former librarian of Somerville College and the author of Somerville for Women: An Oxford College 1879-1993.

On 2nd June 1953 the Somerville JCR, like households and institutions all over the country, hired a television set for the day in order to watch the coronation of Her Majesty Queen Elizabeth II. Fifteen years later, on 2nd May 1968, the Queen came to Oxford to lay the foundation stone of Wolfson College, and a visit to Somerville was included in the day’s programme of engagements. Undergraduate colleges at this time being all still single-sex, the opportunity was taken to include representatives of the other four women’s colleges, each of whom, by a happy chance, had a Somervillian Principal at that date. 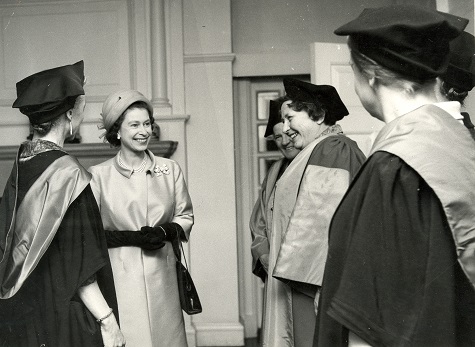 Somerville’s Principal, Mrs Barbara Craig, then in her first year of office, was presented to Her Majesty at the entrance to the college by the Chancellor of the University (and Somerville’s Visitor), Mr Harold Macmillan. The party proceeded to the Old Council Room (now the SCR private dining room) where Mrs Craig presented the Heads of the other women’s colleges: Dame Lucy Sutherland (L.M.H.), Dame Kathleen Kenyon (St Hugh’s), Mrs Mary Bennett (St Hilda’s) and Mrs Nancy Trenaman (St Anne’s), then on to the Senior Common Room next door, where the Somerville fellows were assembled to greet the Queen and the Librarian, Mrs Norma Russell, produced the Ruskin Birthday Book for her to sign. 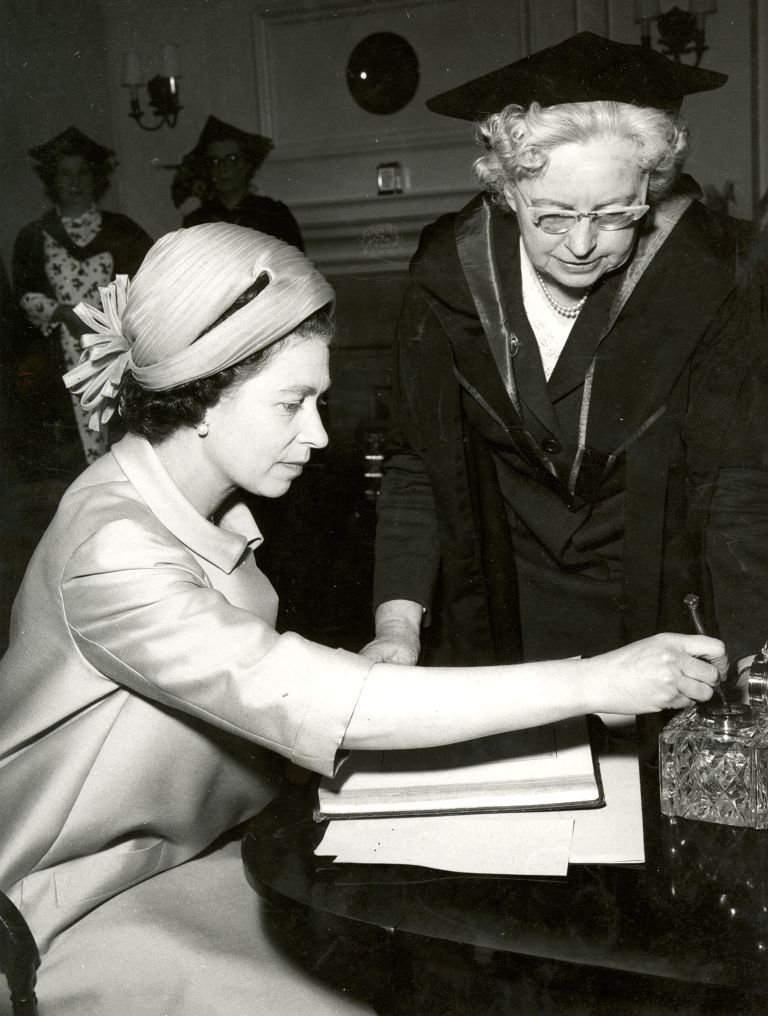 Umbrellas were then raised and damp begowned undergraduates and members of the college staff lined the path through the garden as Mrs Craig led the Queen and an attendant procession of university dignitaries in a steady drizzle to view two of Somerville’s most recent buildings: the Vaughan undergraduate block and the Margery Fry and Elizabeth Nuffield Graduate House. The JCR Presidents of the five women’s colleges were waiting to be presented to Her Majesty in the Vaughan Junior Common Room (now incorporated in the Terrace Bar), which she professed to admire, before proceeding to Margery Fry House to meet the five MCR Presidents and  visit a “typical” (but presumably untypically neat and tidy) student room.  The Somerville part of the day’s programme thus concluded, the royal party departed, doubtless to grace some university or college function elsewhere.

A memorable day for Somerville and the Oxford women’s colleges: reflecting on it 54 years later one can only marvel at the devotion to duty, and the sheer physical stamina, which carried Queen Elizabeth through thousand upon thousand such engagements in the course of her long reign.

Gill Bennett OBE FRHistS (1969, History) is a British historian and civil servant who served as Chief Historian of the Foreign and Commonwealth Office, 1995-2005. We are very grateful to her for writing this piece about the significance of the Elizabethan Age on the occasion of the late Queen’s funeral.

The death of HM Queen Elizabeth II has provoked a wealth of commentary on her long life and reign, usually accompanied by reference to the enormous changes that took place during them. Much of this commentary also refers, rightly, to the dedication to duty that distinguished the late Queen’s life ever since she was first able to understand the responsibilities of monarchy; first her father’s, and then her own. 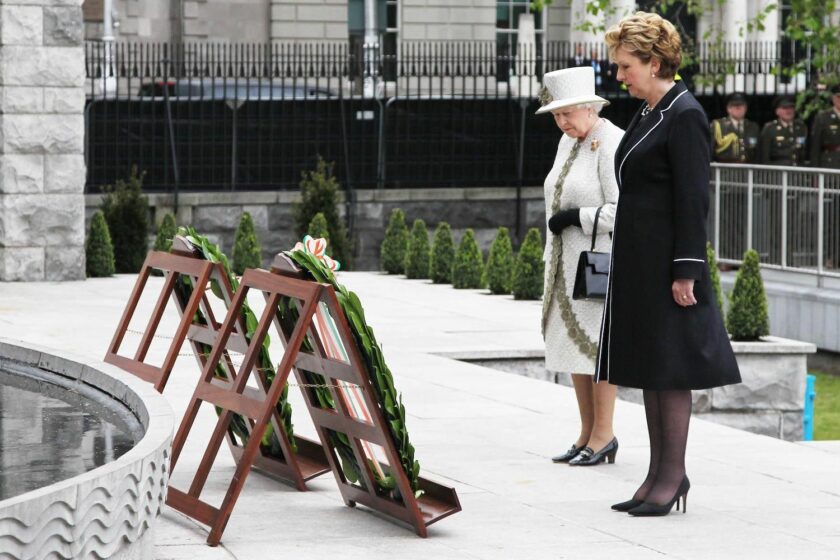 There is no doubt that the world of 2022 is very different in significant ways to that of 1952, nor that Her Majesty’s life was devoted to service. But a historical perspective on the evolution of both her reign and the United Kingdom suggests a linking concept: that of engagement. Engagement of the late Queen with current affairs, as all her Prime Ministers have attested; and engagement of the United Kingdom with world events, with the monarchy as an integral strand.

When HM Queen Elizabeth II acceded to the throne, the UK was emerging slowly from wartime restrictions, its national finances in a parlous state. Global primacy had been displaced by its wartime allies the USA and USSR, the new superpowers. The Empire was gradually being dismantled. Yet the UK retained heavy global responsibilities, whether for the supply of food and fuel to impoverished peoples, providing troops for the occupation of defeated nations or taking a leading role in the Western security machinery that Foreign Secretary Ernest Bevin had played a key part in establishing between 1945 and 1951. All this was set in a context of steadily worsening relations between West and East in the early years of what we now call the Cold War.

But this period was also the beginning of what most people alive today recognise as the modern British state, of its education, health and welfare systems, of important scientific discoveries—including in the field of atomic energy—and of the institution of many peacetime organisations, both national and multilateral. It was also the beginning of the Commonwealth, as newly independent territories engaged with the British Crown as partners, rather than subjects. The darker aspects of early peacetime life were paralleled by new beginnings, one of which was the accession of the late Queen. She was already aware of all these developments, when she began to receive detailed briefing, initially from her first Prime Minister, Sir Winston Churchill. During the past seventy years the story of the second Elizabethan era, like that of the United Kingdom itself, has naturally had its dark and negative, as well as its more hopeful and positive chapters. But to the historian’s eye, the continuity is more notable than the change. Throughout the ages people have sought relief from uncertainty by recalling a time when life seemed more peaceful and straightforward, but such a time has never existed. Neither the late Queen, in her constant engagement with national developments in their widest context, nor successive United Kingdom governments, have ever turned away from global affairs. She understood that the real importance of history is to inform the present and build a better future.

Gill Bennett is the author of three commercially available books: Six Moments of Crisis: Inside British Foreign Policy, The Zinoviev Letter: The Conspiracy that Never Dies and Churchill’s Man of Mystery: Desmond Morton and the World of Intelligence.