Professor Iyiola Solanke joins Somerville College this term as a Governing Body Fellow and the new Jacques Delors Chair of European Law at the Law Faculty. Before term got underway, we found a moment to catch up with Professor Solanke about her background in EU and Anti-Discrimination Law as well as her championing of diversity and intersectional equality in academia and the legal profession.

We’re very grateful to Professor Solanke for giving up her time for this fascinating interview, and look forward to supporting and collaborating with her on future projects. Please note, there is a full biographical note at the end of this interview. 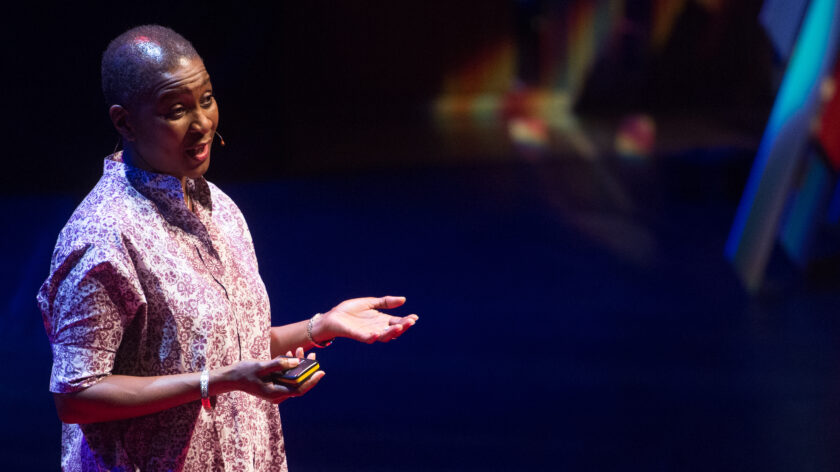 Professor Solanke speaking at the 2019 Tedx Beyond Borders at the Royal Festival Hall. Credit: Justin Ng.

How and why did you become an academic?

My path to academia – and purpose in becoming an academic – is linked to the voluntary sector: I studied languages at University and after graduating I volunteered with an NGO which was then lobbying the EU to introduce a legal prohibition of racial discrimination into EU law. I was made redundant when the organisation lost its funding and returned to full-time education with the desire to understand the work of law-making in the European Union, and in particular the evolution of anti-racial discrimination law from a socio-legal perspective.

I therefore became an academic because I wanted to understand why the legal approach to tackling racial discrimination differed across Europe, and how social action could contribute to legal evolution. I used my doctorate to create a framework for a comparative history of the evolution of anti-racial discrimination in the UK, Germany and the EU.

The socio-legal approach also meant that I could explore how discrimination and law contributed to the markedly different living and working conditions of Black people across Europe – whilst the UK introduced its first anti-racial discrimination law in 1965, most European countries had no similar laws until the 21st century, meaning that racial discrimination could continue with impunity.

Your main research interest is on anti-discrimination law and European Union law. What drew you to this field?

My interest in anti-discrimination law began when I discovered that there was in Germany a community of Black Germans. As a young Black woman discovering the world, I was very excited to know that there were people like me in other countries – it totally changed my idea of Europe.

I was determined to learn more so started to read about Black Germans. One book which had a huge impact upon me was called ‘Tadesse, warum?’ – it told the story of an 8-year old boy who fled war in Ethiopia to settle in Germany but five years later committed suicide.  I found this story tragic and shocking. I learned that the living and working conditions of Black Germans and people of African descent in Germany in the 1990s resembled the experiences of Black people in Britain in the 1960s.  I wondered why Germany did not have anti-racial discrimination laws, similar to those in the UK, to prevent and protect from this – it was this question, put together with my work at the NGO, that drew me to anti-discrimination law and EU law.

This dovetails with my interest in European law as intersectional discrimination is not only a phenomenon in the USA and UK but across Europe – I have written about how a legal remedy to address it can be created in European Union law.

You were one of the first people to be elected as an Academic Fellow of Inner Temple. What does this entail and what impact do you hope to have from there?

I was privileged to be appointed one of the first four Academic Fellows of Inner Temple in 2010. This was an opportunity for me to pursue my desire to promote diversity in the legal profession – I wanted to enable racialised students and schoolchildren to meet with barristers to demystify the profession. And I also wanted them to come onto the campus to do this so that they could be exposed to the University environment. Planning and organising such events also helped me to develop public engagement skills. In 2013, I created the Temple Women’s Forum North with Taryn Lee QC and we started to host events with senior members of the judiciary at the School of Law in Leeds – this was also a powerful way to expose female students of all backgrounds to leading women in the law, my hope being to inspire them to imagine such a future for themselves. I am now an Academic Bencher and serve on the Inner Temple sub-committee for Equality, Diversity and Inclusion. I look forward to organising events with Inner Temple at Somerville.

In 2017, you founded the Black Female Professors Forum (BFPF). What is the purpose of this forum and why was it necessary?

The impetus for the BFPF was a simple question – where are the Black female professors in the UK? I knew of a few but according to HESA data at that time there were 350! I wanted to find out who and where they were. You could say that I created the Black Female Professors Forum to make Black female professors visible: this is necessary for Black female students – faculty diversity will elude higher education if Black female students cannot see professors who look like them. I know the impact that this had on me: I did not have any Black female teacher or professor during all of my years of formal education in London – no wonder then that when my UG tutor suggested to me that I consider a PhD I simply said no thank you! Who knows – had I seen a teacher/ professor who looked like me, my answer may have been different.

The BFPF is therefore necessary not only for Black female profs to support each other, but also to encourage Black female students – to let them see that academia is a vocation for them and if they so desire, they have the option to forge a career as creators and disseminators of knowledge.

What challenges have you faced in your academic career? How did you overcome them?

I am the first person in my family to study for a doctorate. Understanding the process and the content of an academic career was a challenge. Sometimes the journey felt alien and lonely – I was often the only Black woman at academic conferences and events.

However, I was extremely fortunate to have support not only from family and friends but also two brilliant, kind and caring supervisors who nurtured and mentored me – they were interested in me as a person as well as my research. They encouraged me constantly and continue to inspire me to be the best academic that I can be. I would not be where I am today without them.

Since the PhD, the main challenge has been securing access to the opportunities required to progress in an academic career – sadly these are not always distributed in a fair and transparent way. I addressed this ‘opportunity hoarding’ by stepping beyond my comfort zone in academia to work with organisations such as Inner Temple to create new spaces such as the Temple Women’s Forum North or the Black Female Professors Forum. This meant, of course, that I had to do extra work, but it was worth it for the impact of these initiatives.

Do you have any advice for current students, of law or otherwise?

The life of a student in 2022 is very different to my life as a student – students today have more options than I could ever have imagined, but they also have significantly more debt, stress and anxiety. My concern is that in the midst of it all, students will forget the curiosity that brought them into higher education and lose the simple joy of learning. My only advice to all students would be to hold onto those two things – curiosity and joy – in all circumstances.

It’s early days, but what do you hope to achieve from your time at Somerville and Oxford?

Being invited to hold the Jacques Delors Professorship of EU Law is such an unexpected joy – I am still getting used to the idea! I hope that I can bring together all aspects of my work to the benefit of students and my colleagues in Somerville and the Faculty. I think anti-discrimination law and EU law are ultimately both focused on integration and offer an opportunity to deliver education about democracy – how this does/does not work and how it can work better. I look forward to starting a conversation on new projects that link my areas of expertise, such as decolonising EU Law, but also doing what I can beyond the classroom to contribute to the realisation of goals to promote equity, diversity and inclusion across the University. 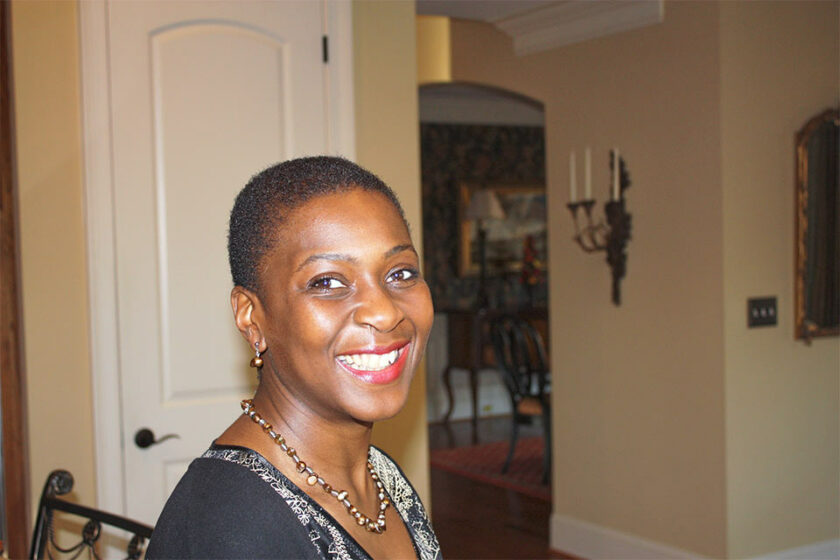 Professor Solanke is an Academic Bencher of the Inner Temple, where she sits on the Inner Temple sub-committee for Equality, Diversity and Inclusion. In 2017, she founded the Black Female Professors Forum. She recently chaired the Inquiry into the History of Eugenics at UCL and is leading two research projects: Co-POWeR, an ESRC-funded project looking into the impact of COVID on practices for wellbeing and resilience in Black, Asian and minority ethnic families and communities; and Generation Delta, a RE/OfS-funded project promoting access to PGR study for BAME women.