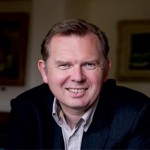 When plants come under attack from bacteria, they can recognize pathogens in order to mount an effective defensive response. In our new study, published in Science, we uncovered an important step in this process involving the release of a fragment of bacteria that nearly all plants can recognize, triggering an arms race between bacteria and plants.

Bacteria use a sweeping tail, called a flagellum, to swim and invade their hosts. Flagella consist of flagellin proteins, which are covered with a sugary glycan layer. Plants can recognise a fragment of flagellin which is deeply buried inside this tail, and this recognition triggers immune responses in the plant to suppress the bacterial infection.

We hypothesised that specially-adapted bacterial plant pathogens will suppress the plant proteins that cause the breakdown of their flagella and the release of the all-important fragment.

When looking for suppressed plant proteins, we discovered an enzyme which degrades the glycan layer on the flagellum called BGAL1 that is suppressed during infection. We found that genome-edited plants lacking the BGAL1 enzyme are more susceptible to bacterial infection, which is consistent with a role for BGAL1 in immunity.

Treatment of flagella with BGAL1 promotes the release of flagellin fragments that are recognised by the plant. The enzyme is not required to release these fragments from mutant bacteria that produce their tails without the glycan cover, however.

This host-pathogen arms race probably extends beyond the Plant Kingdom, because animals can also recognise flagellin fragments. Variations in the sort of glycans used by human bacterial pathogens indicates that this arms-race exists in ourselves too – and is probably going on in your body right now as you read this article.

It seems that the sugary tails of bacterial pathogens still have lots of stories to tell. Many more sweet tales…