A short ceremony was attended by a crowd including College alumni and staff, representatives of the building’s contractors Beard Construction and architects Niall McLaughlin Architects, and students eager to see their rooms for the first time.

The new accommodation, completed both on time and within budget, will allow the College to fulfil its promise to offer every undergraduate a room on its central site for the duration of their course.

“The Catherine Hughes Building marks the culmination of a partnership between the College and local craftspeople,” said College Principal Jan Royall at the opening while paying tribute to the staff and contractors involved in the building’s construction.

“There is no better way to celebrate 140 years of Somerville than this building, which gives us pride in our past, present and future.”

Architect Niall McLaughlin spoke of how the firm had the sense of “taking part in something bigger” in designing and constructing the new accommodation.

“We like to think of this building as our own small contribution to the history and wider structure of this College,” he remarked.

The building provides 68 study bedrooms for undergraduates, including 3 fully accessible rooms, and a new graduate study room. Students were impressed by the airy use of natural light, modern kitchens, and en-suite bathrooms provided in every room.

Hughes (née Pestell) was Principal of Somerville from 1989-1996 and had a particular interest in the intellectual development and wellbeing of students. The building bears both her name and, with its comfortable bedrooms and new graduate study space, her values.

She famously oversaw the College’s decision to admit male students in 1994 in a move to reinforce Somerville’s tradition of widening access to all who would do well here. Catherine Hughes died on 10th December 2014, leaving a generous bequest to Somerville.

A new portrait of the former Principal by artist Richard Twose was unveiled in the building’s atrium as part of the opening.

The Catherine Hughes Building features as the final object of upcoming book Somerville 1879-2019: A history in 140 objects, which is available for pre-order now before release later this month. 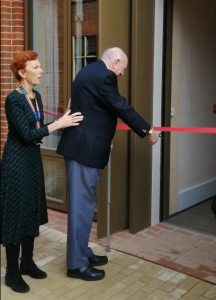 Trevor Hughes cuts the ribbon to open the building 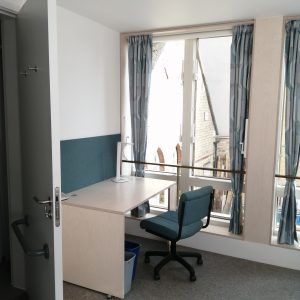 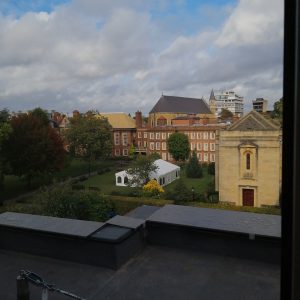 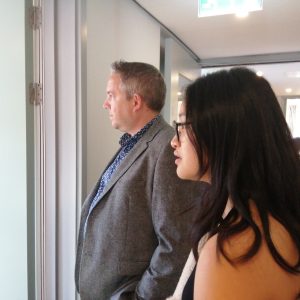 Guided tours were available for the gathered students and staff 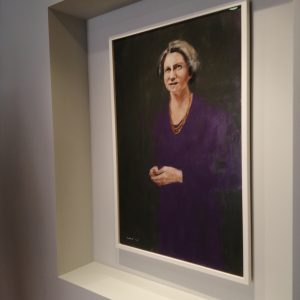