Margaret Casely-Hayford CBE (1980, Jurisprudence) has been a lawyer, a businesswoman, and now serves as chair of the board of Shakespeare’s Globe.

She was the first female Chancellor of Coventry University, and recently received an Honorary Fellowship from Somerville. While promoting inclusion and diversity has long been part of Casely-Hayford’s professional life (as Chancellor of Coventry University, she champions equality of access to all quality education opportunities), her support for the charity Target Oxbridge, which helps talented black students to apply to and study at Oxford and Cambridge, brings the topic closer to Somerville. In this interview, she discusses her experiences of Somerville, promoting diversity, and widening access.

You studied law here at a time when there was a lot changing for women in society. What role, if any, would you say Somerville played in helping you to get to where you are now?

I think one of the really critical things was being aware that Vera Brittain had fought to get to university and to get to Somerville. That made me think about how we need to recognise the privilege we are so fortunate to have. We are able, unlike many women elsewhere in the world, to go to university at such a fantastic institution as Somerville. It gave me confidence and self-belief, and it also gave me a platform to be stronger in the cause of promoting women and diversity. I’ve always been a champion of equality, pretty much from the age of 11 onwards. Going to Somerville gave me greater strength to be able to champion what I believe.

Your career has been quite varied since. You were the first black woman to be made partner in a City firm while you were at Dentons, you were a trustee of Great Ormond Street Children’s Hospital, you worked with the NHS, Metropolitan Police, John Lewis, ActionAid UK, and now you’re Chancellor of Coventry University and chair of the board of Shakespeare’s Globe. Is there a connecting theme in your work; an overall goal you’ve sought to achieve?

Partly diversity but in a way diversity is a tool – essentially, I would like to give people the scope for their own self-development. That comes out of giving them education, good health, that is free at the point of access, a sense of security and society, and a sense of self-worth. That’s the thread – helping people to be their best selves.

[For example], ActionAid UK strives to improve the position of women and girls worldwide because once you improve their position, you’re essentially helping communities get themselves out of poverty. If you can give women and girls an education and help communities to help themselves out of poverty, then that is enduring. It’s not just a flash in the pan, giving them some money on day 1, which then means they will need to ask for more money on day 2 or day 3. You’re giving something that creates structural change. I think the overall goal is to help individuals to be their better selves.

What obstacles have you had to face and how did you overcome them?

Fear of failure has sometimes made me self-limiting. One of the things I learned from John Spedan Lewis, the founder of the John Lewis Partnership, was that he recognised that if you are going to fail, the best thing to do is to fail and fail fast, and then to learn from your mistakes. Once I built that into my philosophy, I was able to move forward much more quickly.

I think understanding your own self-worth is one of the most liberating elements of being a person. Boys who go to public school generally come out with an innate feeling of confidence and have no or very little self-doubt. It means they can put themselves forward for greater challenges with much more ease than others. One of the things I strive to do is make others feel welcome, included, and able to bring their whole selves into the organisation. All of that takes away an element of pressure that could otherwise be detrimental.

Looking to the future, what are your plans for the Globe going forward?

I think it would be rewarding if people actually knew exactly what the Globe is. A lot of people call it Shakespeare’s Globe Theatre, thinking it is just a theatre whereas it is so much more. We also need to build on our physical presence more – our archive facility isn’t quite fit for its current purpose and we need to build something that is suitable for what we are trying to achieve.

With regard to getting people to recognise what the Globe is, it’s a performing arts repository. We’re not just a theatre: there’s also a massively successful education programme; we’ve got an architectural research group; and on the academic side, we run courses, we have doctoral projects underway, and we run highly regarded symposia.

The Board, the Executive, and I have a dream of making the Globe truly accessible. We want to build an incredible experience so people can see Shakespeare’s work from the page to the stage. We want people to see the stage techniques, the creation of the costumes, rehearsals, everything. We want to make sure people don’t feel frightened about coming in and experiencing Shakespeare. We’ve got some massive ambitions! It’s hard work and we have some very talented people and I’m looking forward to our realising those ambitions.

Those are some lofty goals! All of us at Somerville are excited to see how it goes and how it develops.

I’d love to see Somervillians coming in on a regular basis – perhaps to our symposia and of course to our performances.

You’ve championed diversity for a long time now. In your experience, how can that goal best be achieved?

First, we need to emphasise that getting recognition and widening the pool doesn’t mean lowering standards. I just don’t understand why people think the contrary, because provided the role, specifications, and criteria are clear, then widening the pool should improve quality because you have more people to choose from!

The second item is to understand that previously, women and ethnic minority people have been judged on performance while white men have been judged on potential. A man coming in with a CV that meets 4/5ths of the criteria will come in with greater confidence, whereas a woman coming in with the same will apologise for the 1/5th that is missing rather than focusing on the 4/5ths she can do. This is because she’s part of this machinery that tells you it’s all about performance and what you’ve done in the past, whereas the chap knows people will be judging him on his potential – what will you achieve, how will you go about this? He has that innate confidence because the system sees us in different ways, so we need to build in greater equality.

The third point is we should teach institutions to be more welcoming, because if people don’t feel welcome and able to bring their whole self to the workplace then you are setting them up to fail.

The fourth one is the need for positive encouragement and recognition within the reward structure that colleagues who create an inclusive and supportive culture will be rewarded for having done so.

The last one is making sure there are tools for self-development and that these are easily accessible by everyone because that helps people gain confidence and underlines the importance of helping them recognise their potential. The old model of looking at performance and experience ignores skill and potential and prevents agility within the organisation – if you’ve got people coming into the organisation who are innovative and encouraged to remain agile, then that’s the right model for adapting to the societal, economic, political, and technological changes that we’re all going to be experiencing.

What advice would you give to Somerville students today?

I would say stay agile, keep learning, and don’t be scared to fail as there’s nothing wrong with making mistakes as long as you learn from them. Don’t be worried about asking for advice because there will be so many wonderful people who will be waiting to help and advise. 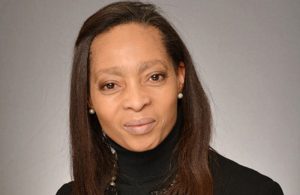