We are delighted to be offering an additional Sanctuary Scholarship for postgraduate students thanks to the tremendous generosity of 2021 Dayton Literary Peace Prize winner Alexander Starritt.

Alexander (2004, History and Modern Languages) is kindly donating his prize money to Somerville in order to fund a new Sanctuary Scholarship in memory of his mother, Ingrid Starritt. 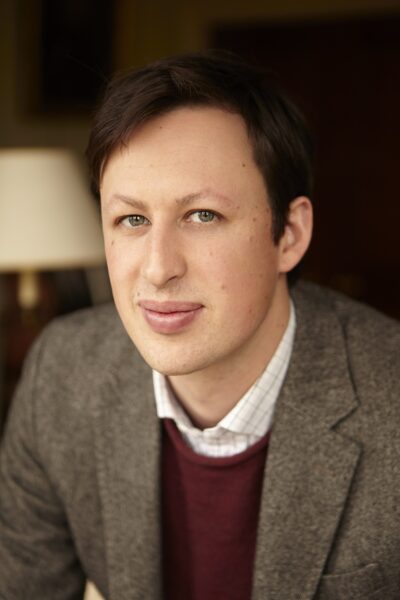 As part of our mission as a University College of Sanctuary to offer safety to those who need it most, the Scholarship will provide full funding and a grant for living costs for a Masters student starting in 2022 who has been displaced from or within their home country due to conflict, persecution or the abuse of their human rights.

“For someone arriving in a new country, especially someone fleeing where they came from, a first-class education is the chance for a new life,” said Alex Starritt.

“When my own family decided to escape from their home country, they benefited from education and the help of strangers. I can think of nothing more meaningful than paying that forward.”

The Dayton Literary Peace Prize was first awarded in 2006 and recognises the ability of literature to promote peace. Nominations are invited from both adult fiction and nonfiction books published in the last year which lead readers towards a better understand of other cultures, peoples, religions and political points of view, with a $10,000 prize for the two winners.

Starritt’s latest novel, We Germans, won this year’s fiction prize. The short novel centres on a young British man who has always asked his grandfather about their experiences in WW2 as a German soldier to no avail. But after his death, a letter is discovered addressed to the young man recalling the horrors of the Eastern Front, and a complex portrait emerges.

“My hunch is that the more people understand about each other, the higher the bar that generals and jingoists have to get over to convince the public that “the French,” “the Germans,” or “the Chinese” are baddies,” said Starritt.

“Humans have an inborn impulse to empathize, to feel along with those whose struggles they read about, which applies as much to what we hear about “the Russians” or “the Americans” as it does to characters in novels.”

“What one comes to,” writes Dayton Literary Prize judge Richard Bauch, “reading this fine novel, is a strange kind of revelation – how our great tragedy as a species may not be savagery, but a devastatingly two-edged facet of our being: our capacity for cooperation, for lining up and doing what is ordered…”

The Ingrid Starritt Sanctuary Scholarship will be joined by a second new postgraduate Sanctuary scholarship, supported by the exceptional generosity of an anonymous Somervillian donor.

To find out more about these two exciting opportunities, please contact Victoria Wilson, our Scholarships & Funding Officer, at scholarships.funding.officer@some.ox.ac.uk.

Alex will be joining the Somerville London Group in conversation on November 23rd. To sign up or watch on demand, visit https://www.crowdcast.io/e/wrong-side-of-history/register 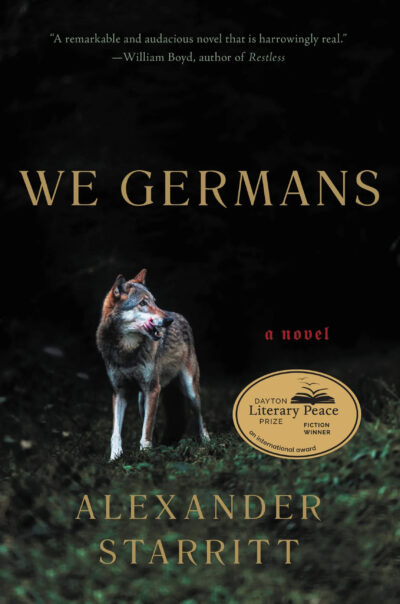 Alexander Starritt’s novel ‘We Germans’ was published in July 2020