Aivin Gast (2018, Classical Archaeology and Ancient History) has dubbed a newly discovered galactic structure ‘Alcyoneus’, after working in the team that discovered it.

Aivin, an undergraduate student at Somerville and a research intern at the Leiden Observatory under Dutch PhD student Martijn Oei, was tasked with manually searching for giant radio galaxies using images taken by the Low Frequency Array (LOFAR) telescope network, which is mostly located in the Netherlands (although parts of the network are in the UK), creating data that could be used by the scientists involved with the project to search for new structures.

Alcyoneus is a radio galaxy located around 3 billion light years away in the Lynx constellation. Aivin proposed the name, taken from a giant who fought against the hero Heracles for supremacy over the cosmos in Greek mythology, in honour of its enormous proportions: with its twin plasma plumes measuring 16.3 million light years from end to end (equivalent to one hundred Milky Ways in a row), it is the largest structure produced by a single galaxy in the known universe.

Radio galaxies are galactic eruptions that are extremely luminous on radio wavelengths. At the centre of many galaxies lies a supermassive black hole. Sometimes, the black hole can create two jet streams, that catapult the building material of new stars out of the galaxy at almost the speed of light. In this violent process, the stardust heats up so much that it dissolves into plasma and emits light, including radio waves. These waves can be seen and recorded by the pan-European LOFAR telescope network, and the results pored over by an international team of researchers, which is how Martijn Oei and his team were able to locate the structure, with their findings shortly to be published in peer-reviewed journal Astronomy & Astrophysics (you can read a pre-print here).

Despite being 3 billion light years away, the plumes are sufficiently huge that they loom as large in the sky as the Moon. The light they emit is so faint, however, that only now have researchers been able to spot them by reprocessing some of the images captured by the LOFAR network. The discovery challenges existing hypotheses about the formation of radio galaxies, and it also hints at new insights into the nature of the universe’s structure by exposing the hidden forces of the medium that lies between galactic filaments.

The origin of Alcyoneus’ record length remains a mystery for now: the galaxy has neither an exceptionally large black hole at its centre, copious amounts of stardust or extraordinarily powerful jet streams (in fact, it appears to have less compared to its smaller brothers and sisters on all three fronts). The team will move on to investigating whether the surrounding environment of the radio galaxy is responsible for its titanic size. 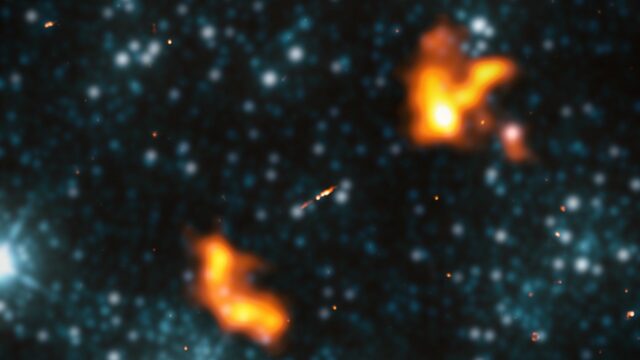 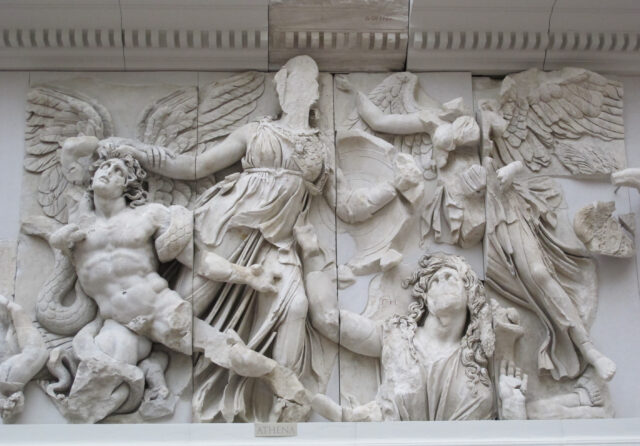 The mythical giant Alcyoneus (furthest left) as depicted on the Pergamon Altar. Son of Ouranos, the primordial god of the skies, he fought against Heracles and the Olympian gods for supremacy over the cosmos. 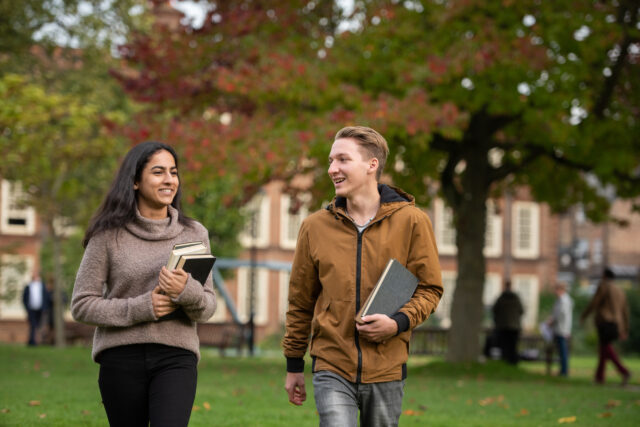