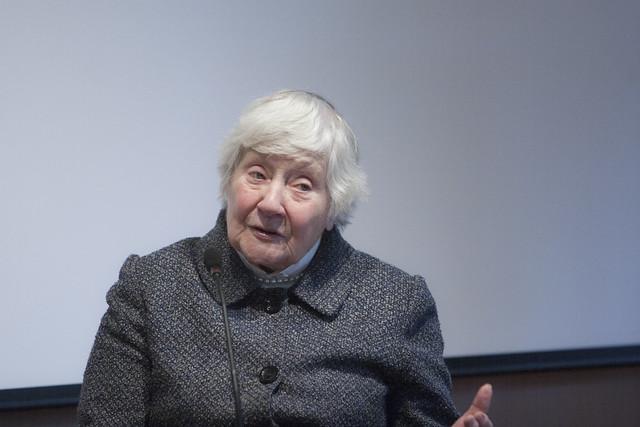 It was an especially busy Saturday at Somerville on the 11th of March, with three important events in our calendar all taking place – the Parents’ Lunch, the Year Reps’ Networking Lunch and the Somerville Winter Meeting, with special guest speaker Baroness Williams of Crosby (Shirley Williams). 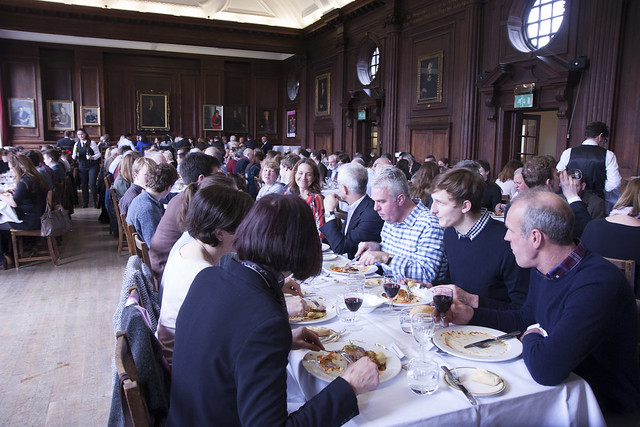 Before saying goodbye to our students for the close of Hilary Term, we held our annual Parents’ Lunch – an opportunity to thank the families of our students for the practical and emotional support they provide, which both the Principal and students acknowledged. As well as a lunch in Hall, students and families are treated to special musical entertainment. 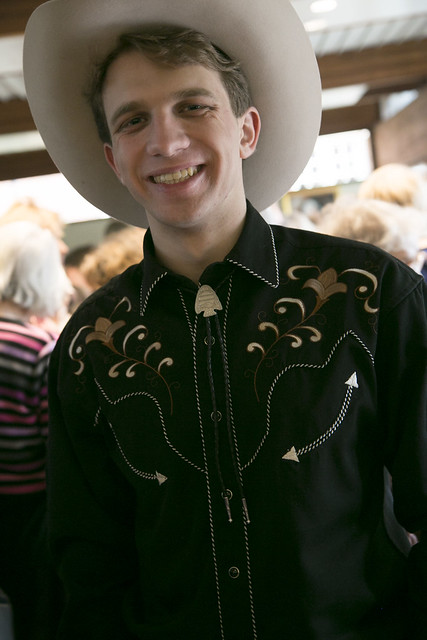 Following a speech from Principal, Alice Prochaska, Josh Grubb (Biochemistry, 2015) performed the first movement of Francis Poulenc’s Clarinet Sonata, with accompaniment on piano from Adam Turner (Worcester, Music, 2015). To close the event, we heard Stratton Hibbs (Classics, 2016) perform Stephen Schwartz’s Corner of the Sky from the musical Pippin. Stratton was accompanied by Nicholas Machin (PPE, 2014) on the piano. 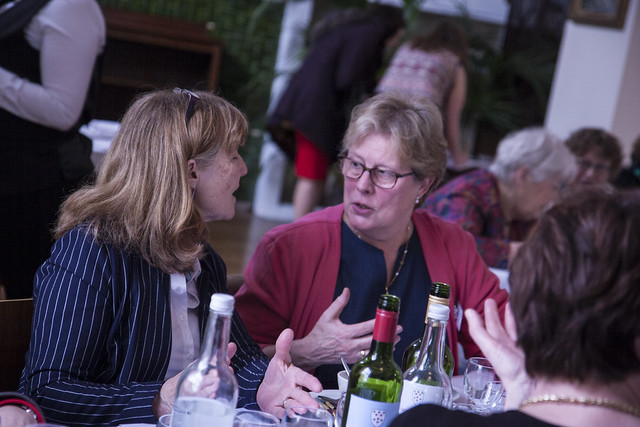 Meanwhile, in the Mary Somerville Room, we held our first Somerville Year Reps’ Networking Lunch. Somerville has recently established a system of Year Representatives to encourage and expand alumni engagement. It is the role of a Year Rep to let the College know of any alumni news that we may not have otherwise heard, to encourage alumni to attend events and to increase involvement in Somerville’s new e-mentoring platform.

After lunch, alumni, Year Reps, parents and students were invited to the Somerville Winter Meeting – an annual opportunity for members of the Somerville Association to discuss matters pertaining to the College. It was also the last time that Alice Prochaska will preside over a major event open to all alumni. 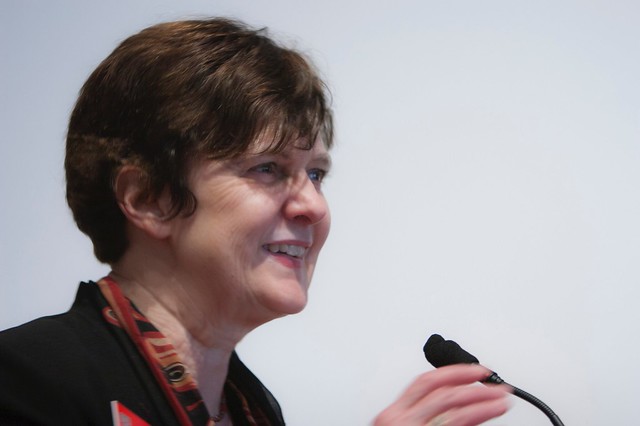 Due to the very special nature of this meeting, we thought it was fitting to welcome a very special guest speaker – Baroness Williams of Crosby. This year, Williams was appointed as Companion of Honour in the New Year’s Honours List and was nominated for an Honorary Doctorate in Civil Law by the University of Oxford. Williams was greeted with great applause from an audience in Flora Anderson Hall, which reached maximum capacity. 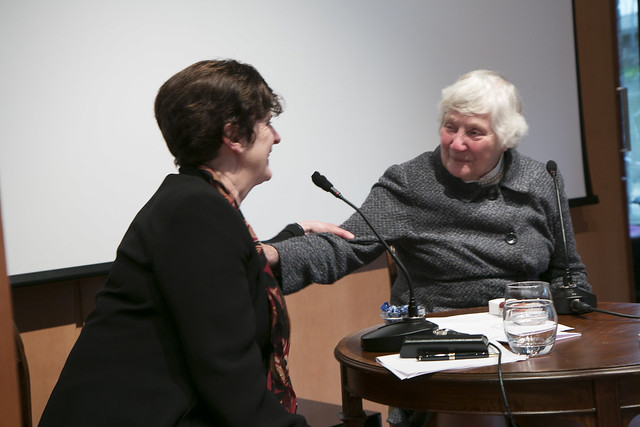 Williams opened the event by asking how many people were housed in room Park 7. After several audience members raised their hands, she revealed that it was her room in first year. Both Prochaska and Williams discussed topical issues that they feel passionately about. Williams spoke about how she enjoyed running in by-elections that she knew she wasn’t going to win, which led on to a discussion about requiring resilience to be a woman in the public eye. In light of this, Williams revealed that she is currently very concerned with the personal attacks on women via social media and asked the audience to suggest how this might be regulated. 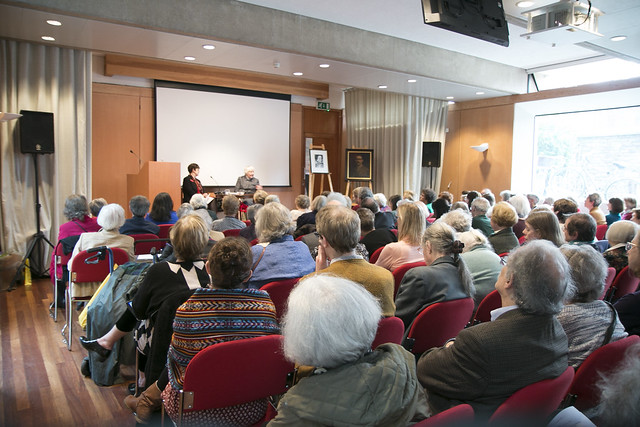 Williams also spoke about how much she valued the support from her father, and urged parents to encourage the aspirations of their children. When reflecting on her career to date, Williams said she was most proud of her work with comprehensive schools as she feels the grammar school system can often make children believe they are failures. 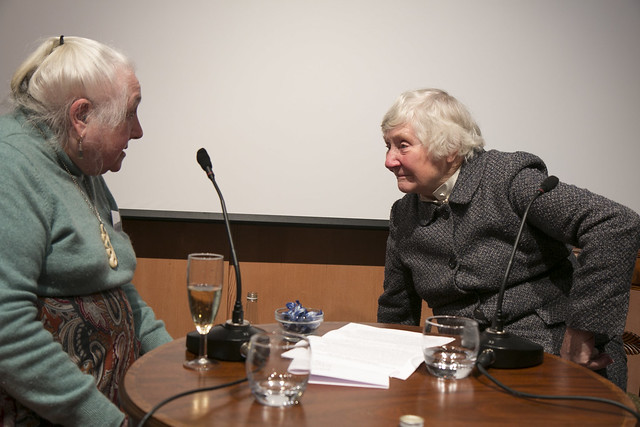 Next, the floor was opened up to the audience and Williams discussed a range of topics with Fellows, alumni and friends of the College.

For a full gallery of photos from the day, taken by Terri Amos, please click on the link below. 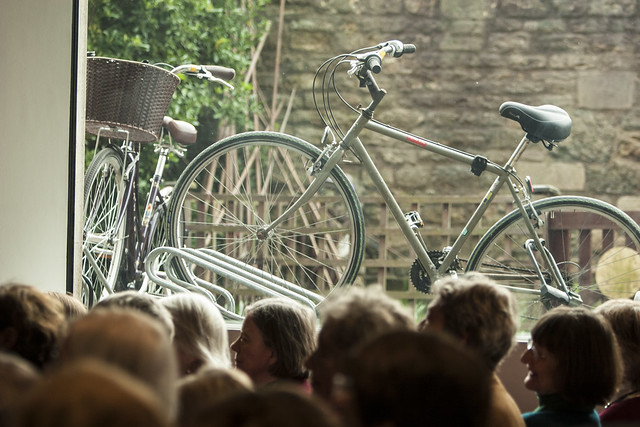