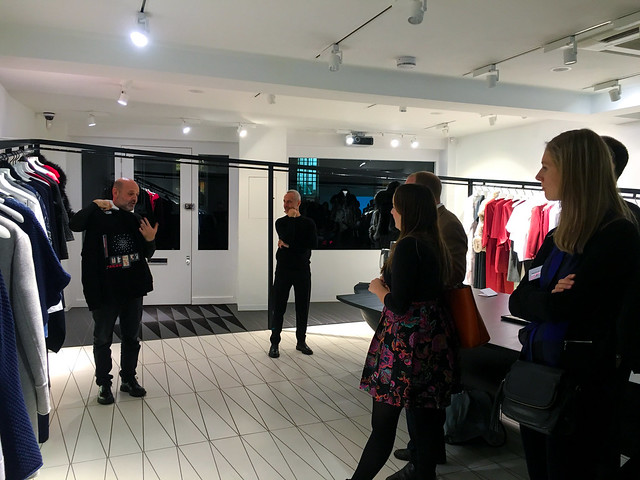 Somerville alumna, Becca-Jane Schofield (Archaeology and Ancient History, 2009) reports on the most recent Somerville City Group event: an invitation to the flagship store of twice named ‘British Designer of the Year’, Hussein Chalayan.

Last week the Somerville City group came in from the chilly London weather for a fabulous night of fashion and champagne at the Chalayan store in Mayfair. Over figs and Turkish delight, we perused the latest collection from the Turkish-Cypriot designer. Filled with classic shapes and unconventional silhouettes inspired by the diverse German culture, the collection includes prints that mix images of the Autobahn with traditional German fairy tales and a unique silk jumper with an abstract print of the ski slopes – perfect for winter in London.

Chalayan gave an insightful talk about the inspiration behind his collection. He drew from the hidden nature of Germany’s history and alluded to this sense of concealment with hidden pockets and military styling. Two of the most popular pieces included a unique multi-functional coat that transformed from a cape into a jacket, and a dramatic black kaftan embellished with Swarovski rhinestones that captured the ‘seedy glamour’ of the Berlin clubbing scene. 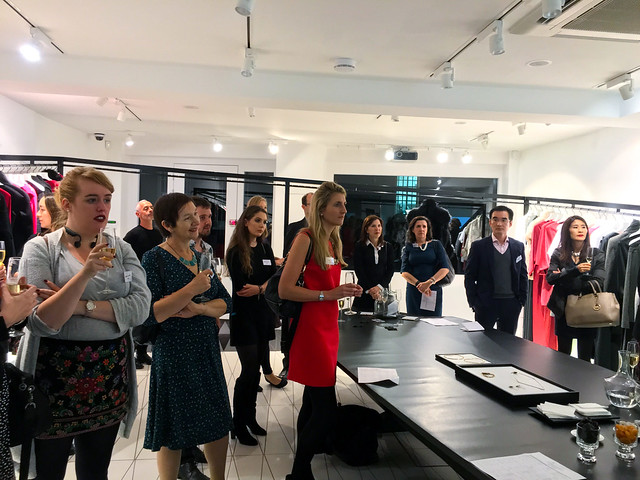 Taking a look further into his retrospective collections, Chalayan presented a rare peek into the artistic and abstract inspiration that he brings to all of his work. He described being influenced by the current refugee crisis and created a unique collection of clothing items that transformed into items for the home, for example a table that became a skirt, to capture the feeling of wanting to transport your lost belongings with you.

A unique setting, the flagship store is every bit as innovative as the designer’s collections. Designed to evoke feelings of the calm sea, the store is centred around a boat, that doubles up as a table, and edged with areas of gravel. The positioning of the rails of clothing is such as to create a false sense of perspective, drawing you in to the back of the store. A truly unique setting for a glamorous evening, and such a delight to have gotten a special perspective from the designer himself. 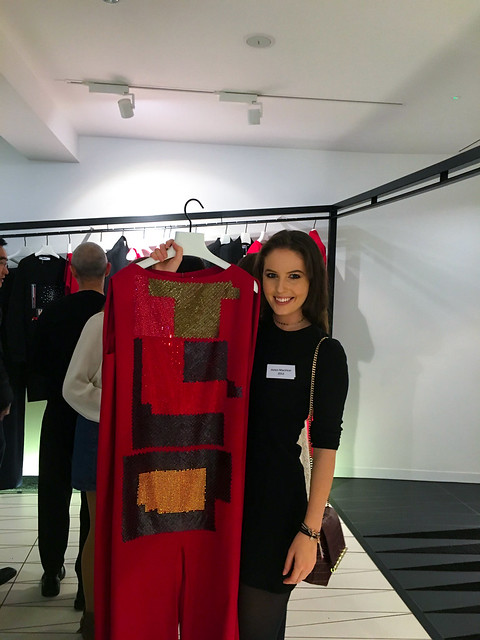