We were saddened to hear the news today that our alumna and Honorary Fellow Sarah Broadie (née Waterlow, 1960, Classics) has died.

Professor Broadie was a talented and brilliant scholar of Ancient Philosophy who held posts at Rutgers, Yale, Texas, Edinburgh and Princeton and most recently St Andrews, where she took up the post of Professor of Moral Philosophy and Wardlaw Professor in 2001.

She was elected as a Fellow of the Royal Society of Edinburgh in 2002, the British Academy in 2003, and she was made a member of Academia Europaea in 2006. In 2012 she became the 105th President of the Aristotelian Society and in 2019 she was awarded an OBE in the Queen’s Birthday Honours for her services to Classical Philosophy.

The college flag will be flown at half mast in her memory. 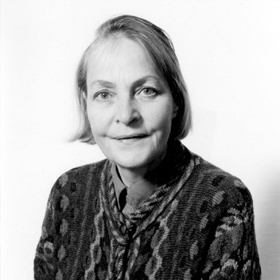