We are immensely saddened to announce the death of our much-loved former college cat, Pogo, on June 26th at the grand age of 23 and ten months.

Pogo was born in St Hilda’s college on August 18 1998 as one of a litter of six to a mother belonging to then-Principal of the college, Elizbaeth Llewllyn Smith. He arrived at Somerville that October as the companion of Dame Fiona Caldicott and her family. He quickly shot to fame through antics such hiding in student rooms before somewhat violently demanding to be let out again in the middle of the night, holding important paperwork to ransom in the academic office, and crashing a wedding in the Chapel between two Somervillians (boldly strutting down the aisle and back). “If you were ever stuck for conversation, there was inevitably something about the latest escapade of Pogo”, said Dame Fiona once.

But despite (or perhaps because of) his penchant for impish behaviour, Pogo was a much loved part of our community and he enjoyed a close relationship with many of our students. He was a source of warmth and comfort who helped to ease the transition between home and university. “What he represents to me is the importance that this college places on the welfare and wellbeing of its students. It was always strong at Somerville, and has continued to be so,” said Dame Fiona in 2019.

Pogo’s fame extended beyond the college: he was introduced to a wider audience through a starring role in Matthew Skelton’s (2000, DPhil English) novel Endymion Spring as ‘Mephistopheles, the college cat, a sinewy black shadow with claws as sharp as pins’. Indeed, “there is a fair chance that the College’s most famous recent feline thought he, and not his owner, was running the place” wrote Lizzy Emerson in ‘Somerville 140’, in which he starred as ‘object’ number 118. Appropriately, he has the proud distinction of being the only male creature immortalised in our dining hall in portrait form alongside our former Principals. Of course, Pogo was never meant to appear in Dame Fiona’s portrait – he simply invited himself to sit on the bench and stayed there for as long as he pleased. 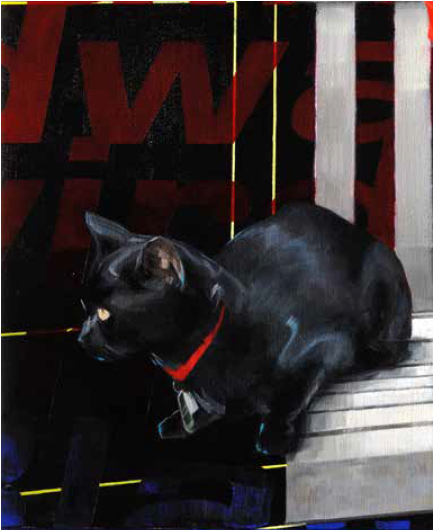 Pogo as he appears in his portrait in the dining hall.

Pogo’s ashes will be scattered in his favourite spot, the herbaceous border by the chapel, following Dame Fiona’s memorial on 17th September. If you would like to join us to celebrate Dame Fiona’s life and her immense contribution to Somerville and to wider society, please register to attend using the form here: https://www.some.ox.ac.uk/news-events/event/fiona-caldicott-memorial-service/“

This obituary was inspired by Lizzy Emerson’s description of Pogo in Somerville: A History in 140 Objects. Here are some comments and stories about Pogo shared on social media at the time of its publication:

He used to spend the night with me in Park. I remember once reading Oscar Wilde’s story “The Nightingale and the Rose,” while he sat at at the end of my bed, and while the dawn glowed azure blue over Walton Street. What a lovely memory. Thank you, Pogo. 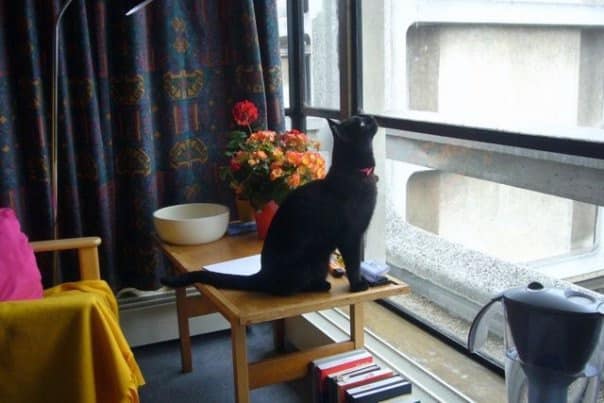 “Pogo seemed to develop a thing for hanging out in Margery Fry during my graduate year in 2007-2008. I believe this was after a night he spent sleeping at the foot of my bed.”

I got a parcel from my mum in my first year. ‘That’s nice, how thoughtful’ I mused…No, cat food for Pogo! 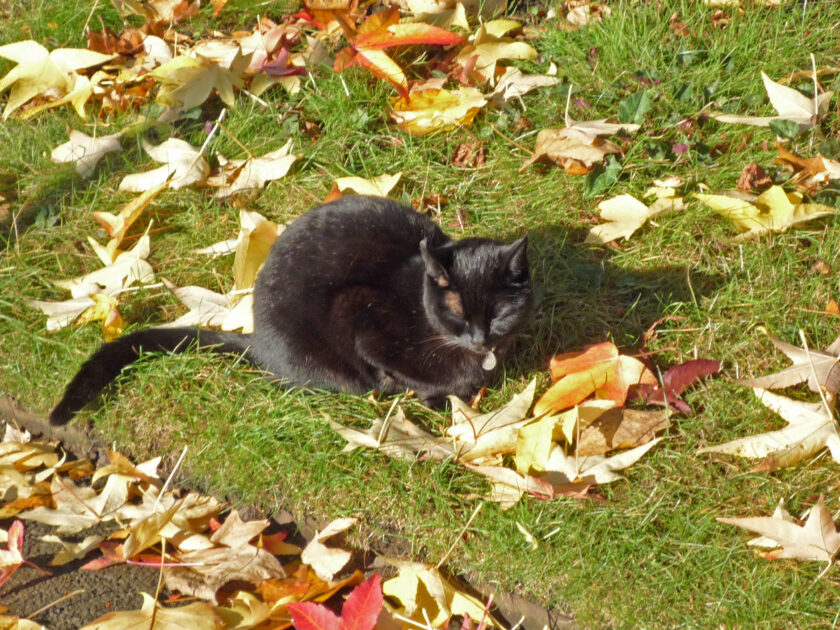 Pogo enjoyed being able to walk on the grass in all seasons. Picture: Robert Caldicott

He crept under my bed one night and gave me a heart attack at 4 am by whacking me on the head to be let out!

Pogo used to camp out in the academic office, stretching himself out on the desk, holding important paperwork to ransom. 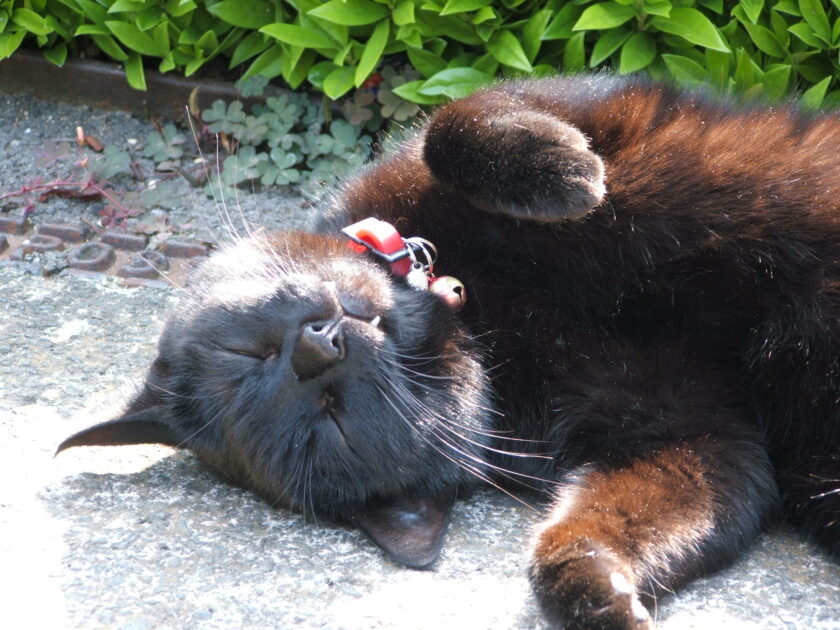