A team from Oxford University team was crowned UK National Champion at Lincoln’s Inn last weekend in the Philip C. Jessup International Law Moot Court Competition – the world’s largest and most prestigious event of its kind.

This year’s team included Kristy Chan (2020, BA Law), who served of-counsel for the team, which was coached by Magdalen DPhil candidate Sophie Ryan. Joseph Khaw (Wadham College) also won the award for Best Oralist in the Championship Round and, along with Luca Geary (Magdalen College), Christopher McHugh (Keble College), and Athena Kam (Pembroke College) was named in the Top 15 oralists in the Preliminary Rounds. Kristy and the team will now go on to contest the International Rounds of the competition, due to be held online from 25th March to 10th April 2022.

Of her achievement, Kristy said, “Everyone in the team worked really hard and I really enjoyed working with them.

“I’m also grateful to have had this opportunity to understand PIL in greater depth, particularly in relatively niche areas!”

Professor Julie Dickson noted, “Kristy’s tutors in law in Somerville, Achas Burin, Julie Dickson, and Christopher Hare, are all delighted at her achievement and congratulate her on her hard work and tenacity as part of the winning Oxford Law Jessup International Law Moot team.” 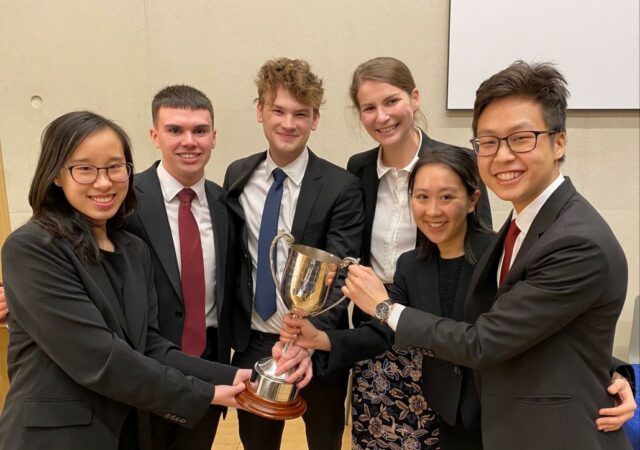