We would like to wish a thorough congratulations to Somerville alumnae Philippa Tudor and Ann Olivarius on their recognition in the 2023 New Year’s Honours for their distinguished public service.

Dr Philippa Tudor (1978, DPhil Modern History) was made CBE, marking the end of her 40 year career serving the House of Lords after her retirement last October. A first-generation student from a non-selective school, Dr Tudor continued to take on glass ceilings by becoming one of the first two women clerks appointed to the upper house after being selected through the fast stream competition (after being encouraged to apply by fellow Somerville alumna, Baroness Lucy Neville-Rolfe). After serving various committes, she became Chief Clerk in 1993. This was followed by stints as Human Resources Director and Director of Finance and finally over 11 years as the Clerk of Committees for the chamber, playing a part in developments such as the launch of the first House of Lords website to expanding the Committee system. 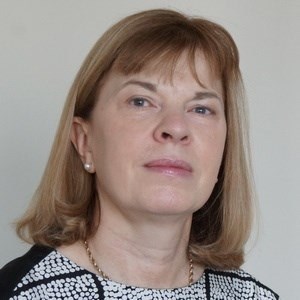 “I am very honoured to have been awarded a CBE for services to Parliament,” said Dr Tudor.

“My seven years as a student at Somerville inspired me to choose a career in public service. After 40 years working for the House of Lords, encouraging diversity as one of the first senior women there, I now hope to channel my enthusiasm into supporting the third sector, including Facial Palsy UK and Southwark-based community development charity PECAN, whose work tackles issues including food poverty and women’s services.”

“I hope that what I have achieved can encourage others, whatever your background and ambitions, to go for things!”

Dr Tudor will continue her association with the House of Lords by conducting research through the Parliamentary Studies programme, which she helped to establish as Clerk of Committees. She also volunteers at the library of Lambeth Palace helping to catalogue their extensive collections. 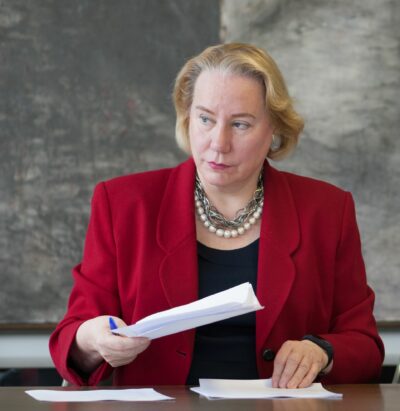 Women’s and children’s rights lawyer Dr Ann Olivarius (1978, DPhil Social Studies) received an OBE for services to justice and to women and equality. She was also made King’s Counsel honoris causa by the Ministry of Justice in recognition of her “leading role in the fields of women’s rights, sexual harassment and sexual abuse” and for being at “the forefront of the fight against image-based sexual abuse and privacy violations, [playing an] instrumental part in lobbying Parliament to pass laws against the disclosure of non-consensual private images.”

“I am surprised and delighted to be recognised by my adopted country, which I first encountered as a student at Somerville 45 years ago,” said Dr Olivarius.

“I think it is a testament to Britain’s openness and capacity for change that the honours system is now willing to credit a feminist lawyer.  I hope my OBE and honorary KC, for which I am very grateful, will help me to make more ‘good trouble’ on behalf of my clients and the cause of equality.” 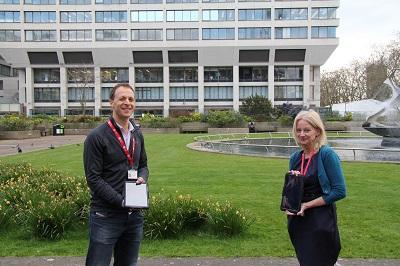 Congratulations, also, to Dr Joel Meyer (2000, Medicine) on receiving an MBE for Services to the NHS during Covid-19. Dr Meyer is an Intensive Care Consultant at Guy’s and St Thomas’ who co-founded the pioneering Life Lines service that enabled families of intensive care patients to be virtually present at their loved ones’ bedsides during lockdown. The project sought to provide every ICU in the UK with at least two tablets, allowing families to see and speak to their loved ones during a very distressing time. You can read more about the scheme here.

These three Somervillians honour the long tradition of public service maintained by our alumni since Somerville was founded. We look forward to raising a toast to them soon!