Some of you may remember the memorable alumni outing to the Oxford Playhouse in October 2019 to see the Welsh National Opera perform ‘Rhondda Rips it Up’ starring Lesley Garrett, an opera about the life of alumna, suffragette, publisher and feminist, Viscountess Rhondda (1883-1958).

Monumental Welsh Women, a campaign to increase the number of public statues of women in Wales, have recently launched an initiative to erect a memorial to Lady Rhondda in her home town of Newport, Gwent. A crowdfunding campaign is underway and you can find out more here: https://www.gofundme.com/f/statue-for-lady-rhondda.

In honour of the campaign, historian and biographer Professor Angela John takes a look back at the life of one of the great Somervillian movers and shakers. 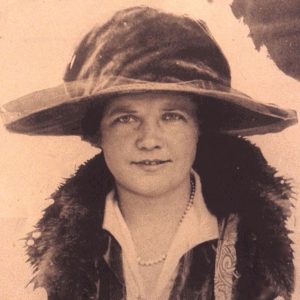 The 2nd Viscountess of Rhondda (1883-1958) was one of the movers and shakers of British society in the first half of the twentieth century. Born Margaret Haig Thomas, daughter of D.A. Thomas, a successful Welsh industrialist and Liberal MP, she was a student at Somerville College for two terms at the beginning of that century; indeed, the Library boasts a portrait of her.

Her long life was dedicated to women’s rights. Her mother Sybil (née Haig) was a women’s suffrage supporter and Margaret attended her first suffrage demonstration two weeks after her wedding to Humphrey Mackworth. She became a suffragette, secretary of the Newport branch of the Women’s Social and Political Union and was imprisoned for setting a letter box alight with a small chemical bomb.

Inheriting her father’s industrial empire on his premature death in 1918, she became internationally famous for her business acumen and was the first women to be elected president of the Institute of Directors. She sat on more boards than any other woman in the UK.

Arguably her greatest achievement was founding in 1920 the hugely important weekly Time and Tide with its pioneering all-female board. From 1926 Lady Rhondda edited this paper which ‘is trying not merely to talk but to think’. Aimed initially at the newly  enfranchised woman in particular, it soon gained a broad appeal and from the thirties was a coveted space for writers including Rebecca West, Vera Brittain, George Bernard Shaw and Sean O’Casey. Winifred Holtby and John Betjeman were on its staff. It also publicised the equal rights organisation, the Six Point Group, founded by Lady Rhondda in 1921.

After the Second World War this innovative and adaptable paper reinvented itself as a leading political review still edited and run by Lady Rhondda. Throughout these years she also campaigned for ‘Peeresses in their own right’ to take their seats in the House of Lords. Her father’s death had seen her inherit his title by special permission from the monarch. Only in 1958, the year that she died, were the first women (Life) Peers created.

Lady Rhondda was a governor of the LSE and the first woman president of the precursor to Cardiff University. She had spent much of her life raising money to help women. In the 1920s she was treasurer to the Oxford Women’s Colleges’ Fund which sought, through fundraising, to secure endowments for the women’s colleges.

Now it’s our turn to repay her! Lady Rhondda is one of the five women selected as part of our Monumental Welsh Women campaign to have a statue erected within five years. Please support her statue (which will be in the centre of Newport) by making a donation via: https://www.gofundme.com/f/statue-for-lady-rhondda  where you can also read more about her remarkable life and legacy. 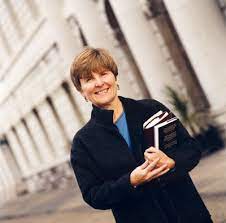