Congratulations to our Tutorial Fellow in Philosophy, Associate Professor Karen Margrethe Nielsen, on being awarded a Leverhulme Major Research Grant for the project ‘Prohairesis: Aristotle’s Theory of Decision and its Legacy’.

Leverhulme Major Research Grants are ‘for well-established, distinguished researchers in the social sciences and humanities to complete a piece of original research’. Thirty fellowships were awarded across universities in the United Kingdom.

During the two-year grant period (2022-24), Nielsen will complete a monograph that offers a critical analysis of Aristotle’s theory of decision as it is developed in his ethical, psychological, and political works. Prohairesis is the keystone of Aristotle’s practical philosophy. It is the first articulation in Greek philosophy of what it means to possess practical rationality – a type of rationality that differs in kind from its theoretical counterpart by having a practical aim, and by leading us to pursue this aim in action. By examining Aristotle’s theory, we will better understand both Aristotle and our own agency.

Nielsen will examine its contribution to ethics, politics and moral psychology from a historic perspective, identifying the questions that led Aristotle to frame his practical philosophy around this novel notion, and the advantages the theory promised over a Platonic desire-based account of human action. A theory of prohairesis is, most fundamentally, a theory of our practical commitments. These cannot be reduced to mere desires, emotions or even preferences. Aristotle takes these commitments to define our character, and to reveal the convictions we hold about our ultimate end. They shape our individual choices and determine the steadfastness with which we pursue our long-term aims. Only mature human agents can organise their lives around an overarching end and lead a life in accord with their own prohairesis. While non-rational animals act voluntarily, and while praise and blame can shape the behaviour and outlook of human and non-human animals that lack a capacity for commitment, only those capable of deliberating and acting in light of a conception of the good have practical rationality. Aristotle develops his theory of prohairesis in counterpoint to his predecessors, analysing earlier philosophical proposals, preserving their central insights, while correcting their mistakes. And yet, we have no independent record of any philosopher prior to Aristotle employing the term. Nielsen will trace the historical lineage of Aristotle’s theory, chart its development, and reveal how profoundly it shaped later thought.

Leverhulme Major Research Grants are particularly aimed at those who have been prevented by routine duties from completing a programme of original research. Nielsen is grateful to receive this generous award after two years of pandemic disruption. The last recipients of Leverhulme Major Research Grants in Oxford’s Faculty of Philosophy were Timothy Williamson (2008) and John Hyman (2010). 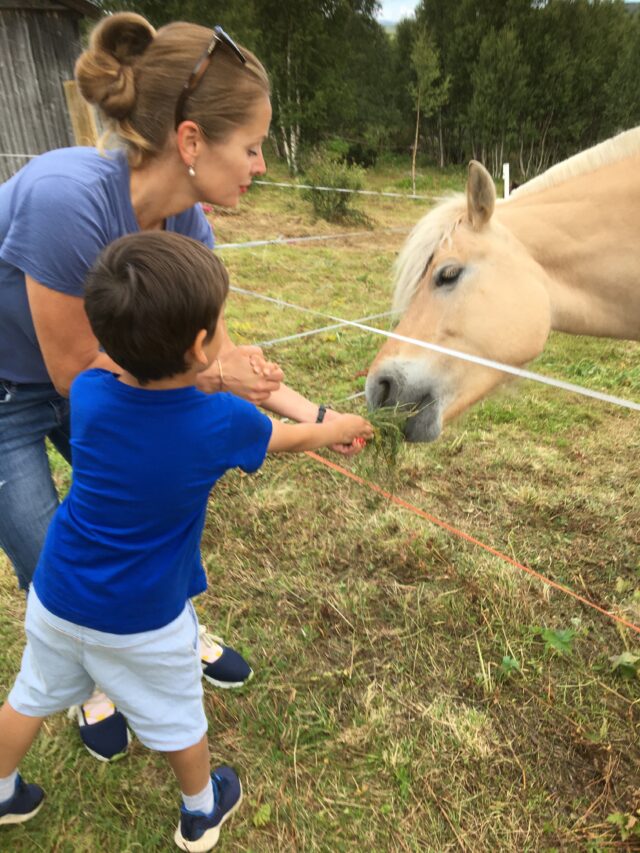 Karen Margrethe with her son