In Memory of Mr Keshav Desiraju 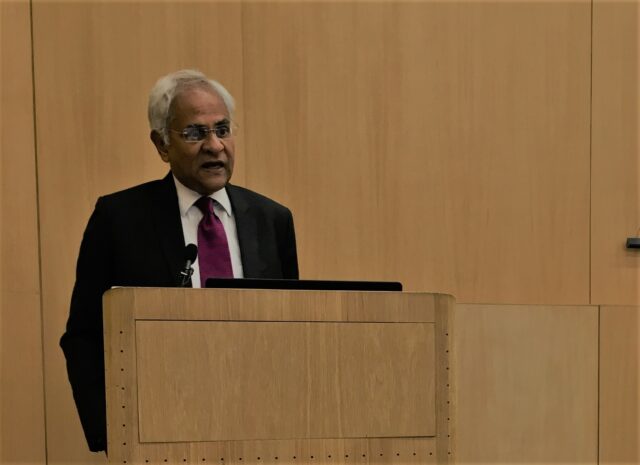 We at the Oxford India Centre for Sustainable Development are deeply saddened by the demise of former Health Secretary of India Mr Keshav Desiraju on 5 September 2021.

Mr Desiraju had exemplary career in the Indian civil service, having held senior positions in the state governments of Uttarakhand, Uttar Pradesh and the central government including Union Health Secretary. He was a leading policymaker in the domain of public health taking on the issue of mental health and other important causes. In addition, he was an authority on Indian classical Carnatic music and published Of Gifted Voice, his celebrated biography of MS Subbulakshmi.

Mr Desiraju has been a friend, well-wisher, and supporter of the Centre over the past years. He participated in the Centre’s research events on several occasions. In October 2019, we were fortunate to have Mr Desiraju as the keynote speaker at the Mental Health Conference organised by Asian Studies Centre and the OICSD, and he also gave a public lecture ‘Issues in Public Health in India’ at Somerville College at this time. In May 2020, Mr Desiraju discussed the Indian government’s response to the pandemic, the plight of migrant workers and the impact of the lockdown on health, social structure and economy. The full webinar can be watched here.

The OICSD has been very fortunate to have been associated with the extraordinary Mr Desiraju. We offer our heartfelt condolences at this loss.