Somerville students have been awarded the highest proportion of Firsts for at least the last five years in this year’s Finals examinations, with 35% of our undergraduate students awarded a degree in that class.

Overall, 94% of undergraduates achieved a First or a 2:1 this year, a proportion similar to previous years. The data excludes Clinical and Graduate Entry Medicine final outcomes.

Last year 33% of undergraduate finalists were awarded a First. The achievements of some students – who distinguished themselves in Finals this year – are outlined below. 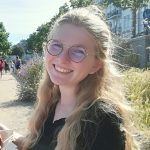 Marie Ducroizet-Boitaud (2016, Maths and Philosophy) won the Gibbs prize for gaining the highest mark in her year.

“I always liked maths and solving problems, but I wasn’t sure if I wanted to do just maths for my whole degree,” Marie said.

“I saw that Oxford offered Maths and Philosophy as a course, and thought that it seemed perfect. The two subjects enhance understanding of each other, while the study of one offers a welcome change from the study of the other, which gave me the variety I wanted.

“My tutors Dan Ciubotaru and Mari Mikkola were really supportive and made my experience here an extremely enjoyable (and mostly smooth) one.

“Maths and philosophy teach you different ways to solve, or attempt to solve problems. This makes it challenging as you have to learn different skills, but also really varied and interesting. So if you’re applying now and want to problem-solve, think abstractly, and become adaptable, this is the course for you!” 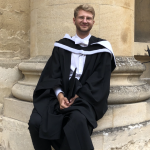 Will Andrews (left) and his Somervillian coursemate Alex Crichton-Miller achieved first and second place in their year for History and Modern Languages.

“My degree gave me the space to ask the kind of inter- and multi-disciplinary questions we should all be asking in the humanities, and to put them into practice,” Will said.

“I feel very lucky to have had the opportunity to study such a broad range of topics, ranging from the history of 17th century science to contemporary German poetics. And Somerville gave me that chance.”

Alex noted how important it was to study in an environment that nurtured his enthusiasm for the subject.

“Studying at Somerville was a huge pleasure because I always felt encouraged to study what I loved and to express myself intellectually, rather than obsess over getting top grades throughout,” he said.

“When Finals came around, I was motivated to study what I genuinely enjoyed instead of stressing about this or that degree classification – so when I ended up doing quite well, that was thanks in large part to Somerville!” 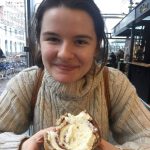 Sophie Jordan (2015, Modern Languages) won the David McLintock Prize for outstanding performance in Germanic Philology. She said: “The great thing about my course is that it allows the student to explore all of the different stages of development of the language. I even got to dabble in Old Frisian, a rarely studied Germanic language closely related to English. With such varied periods and topics to choose from I felt like I could really design the course to suit me best.”