It is a great pleasure to wish our former Principal, Dame Fiona Caldicott, many happy returns on the occasion of her birthday.

For those not familiar with her CV, Dame Fiona has had a hugely influential career, including posts as Chair of the Oxford University Hospitals NHS Trust, Chair of the National Information Governance Board for Health and Social Care, President of the Royal College of Psychiatrists and Pro Vice-Chancellor of the University of Oxford. She had a tremendous impact on public life with the publication of the Caldicott Report, the 1997 review which enshrined principles for the protection of patient information within the UK.

However, it is as Principal of Somerville that she is so fondly remembered by so many within our community. Dame Fiona – or ‘Dame Fi’ as she was often known by our students – was the first Principal appointed after the college’s decision to become co-educational, and firmly established the college’s new, and, at the same time, unchanged culture. A former President of the Royal College of Psychotherapists until 1996, she placed great importance on ensuring that Somerville was a supportive environment for its members. She also oversaw key moments in the college’s history, such as the establishment of our mixed voice choir in 2001; victory in University Challenge in 2002; and Margaret Thatcher’s visit to Somerville in 2005 for the unveiling of her portrait (pictured below). Equally well loved was her feline companion Pogo, who took up a parallel position as the college cat (but, by all accounts probably thought he was actually in charge!).

Happy Birthday Dame Fiona. We hope you have a wonderful day! 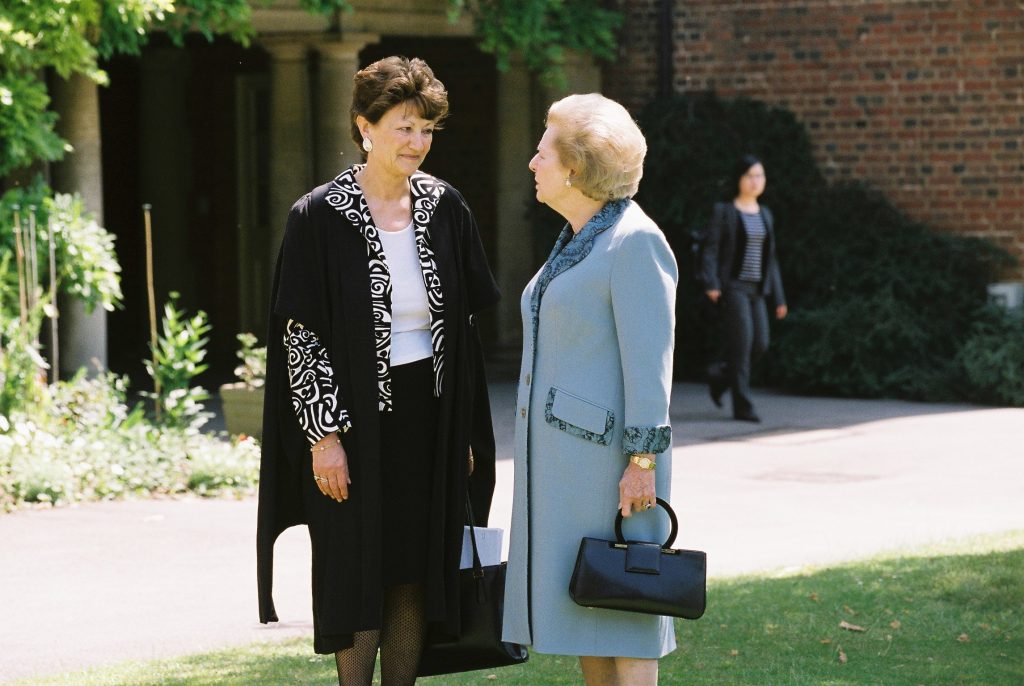 Dame Fiona and Lady Thatcher in 2005, when the latter visited Somerville to unveil her portrait.