It is a great pleasure to confirm that no fewer than six Somerville alumnae have been recognised in the New Year’s Honours List. 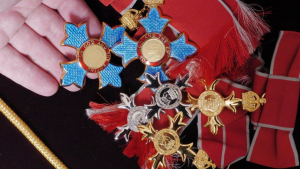 Following a hard year for all of us, it is heartening to note that all six recipients are being honoured for the positive contributions they have made to some of the most pressing issues of our time ­– whether that’s championing inclusion, promoting economic equality or safeguarding the British people from the Covid-19 pandemic and other threats.

Diana Evans (1978, English) receives an MBE for services to Heritage in her capacity as the Head of Places of Worship Advice for Historic England. Diana’s MBE recognises her work on the Taylor Review Pilot, which sought to preserve the fabric and extend the usage of listed buildings (especially churches and cathedrals) throughout Suffolk and Greater Manchester. She is also recognised for the instrumental role she has played during the Covid-19 pandemic in creating emergency grant streams across the heritage sector.

Of her honour, Diana commented, ‘I’m delighted to have been awarded an MBE, but I also know how much I owe to the institutions such as Somerville that have encouraged me. I’m also so conscious that rising to the challenges presented by this year would not have been possible without the focussed teams of which I’m a part.’ 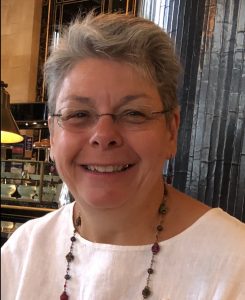 Diana Evans, who receives an MBE for services to Heritage.

Mary Jones (2005, Jurisprudence) receives the OBE for Public Service in her capacity as Deputy Director for Home Affairs and EU Exit within the Cabinet Office. Tasked with supporting Government decision-making on Brexit for Northern Ireland & Union and Home Affairs issues, Mary managed crisis decision-making in the lead up to Brexit deadlines and possible “no deal” moments.

Of her honour, Mary said, ‘I am very honoured to have been given this award, which leads me to reflect on how lucky I have been to work with so many brilliant people, all of whom make an extraordinary contribution to public service.’ 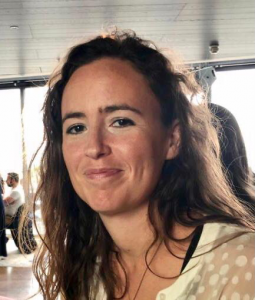 Mary Jones, who receives an OBE for Public Service.

Also receiving an OBE is Narmada de Silva (1989, Exp. Psychology), who receives an OBE for public service. Narmada has spent much of her career with HM Revenue and Customs, helping the honest majority to get their tax right and making it hard for the dishonest minority to cheat the system. A tax/policy and people leader, she has delivered many significant reforms and is recognised as a role model and champion of inclusion and diversity.

Narmada reflected, ‘The last year has reminded us all of the importance of public service. I was speechless when I learnt of my honour – delighted to be recognised personally, and keen that we also take a moment to recognise the great work of so many of my colleagues’. 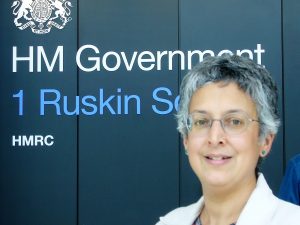 The final OBE goes to Professor Farah Bhatti (1984, Physiol. Sci), who is the first female consultant Cardiothoracic Surgeon in Wales and only the 4th in the UK.  In addition to her clinical expertise, Professor Bhatti is a tireless and profoundly influential advocate for equality, diversity and inclusion within the medical profession – and she receives her OBE in recognition of this excellent work.

Speaking of her honour, Professor Bhatti commented that, ‘It’s a privilege to be a cardiac surgeon and to also work towards creating a fairer environment where everyone can thrive.’  Professor Bhatti added that, ‘I feel overwhelmed at receiving this honour, and would like to dedicate my OBE to my parents, who are the real heroes of my story.’ 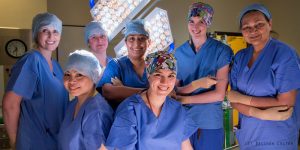 Also receiving an Honour is Dr Rachel Glennerster (1985, PPE), who has been awarded a CMG for Services to International Development. Rachel currently serves as Chief Economist for the Foreign, Commonwealth and Development Office (FCDO), having previously served as Chief Economist at the Department for International Development (DFID) and Executive Director of the Abdul Latif Jameel Poverty Action Lab (J-PAL), a research centre at MIT seeking to reduce poverty by ensuring policy is informed by scientific evidence.

With additional spells at HM Treasury and the IMF, Dr Glennerster’s work has spanned reform of the international financial system, debt, promoting innovation, education, health, financial regulation, and women’s empowerment. Dr Glennester is also an author, having co-written books with her Nobel laureate husband, Michael Kremer, among others. As such, her receipt of the CMG (Order of St Michael and St George) ­– which is traditionally awarded to those who have rendered important non-military service in a foreign country or supporting foreign and Commonwealth affairs – seems entirely fitting. 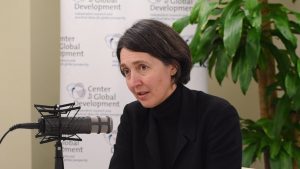 Dr Glennerster at a speaking engagement

Finally, Kata Escott (1997, Lit Hum) receives a CB for Public Service. This very high honour is given to Kata in recognition of her contributions within the Cabinet Office, where she worked in support of the Cabinet Secretary (both the late Lord Heywood and his successor, Lord Sedwill) and where she was recalled in support of the Covid-19 effort in the early stages of the pandemic – as well as for her work in the MOD, where she is currently the Strategy Director.

Of her honour, Kata told us that, ‘I am fortunate to have worked on some of the most interesting and challenging issues for government in recent years, alongside some brilliant people. As you can imagine, I am thrilled and truly honoured by the news.’ 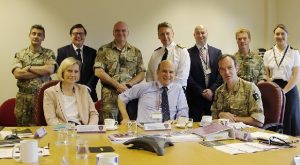 May we also take a moment to extend our warm congratulations to Lesley Manville, who has been named a CBE for her services to drama and charity. Though not technically a Somervillian, Lesley is a great friend of the College whose continuing success we are delighted to share here.

*Please note, this article was amended on 25th January 2021 to include two names previously omitted.