The Oxford India Centre for Sustainable Development celebrated Mahatma Gandhi’s 150th birth anniversary by discussing his relevance to challenges of sustainability today. Gandhi was one of the great leaders of the 20th century.

At the event, the panellists discussed whether Gandhi’s writings and philosophy could inform political action in the age of climate strikes and sustainable development goals.

Addressing this question, Lord Bhikhu Parekh, the British political theorist, contended that while Gandhi would have been sympathetic to some of the goals of sustainable development, he would also have offered a moral critique of it.

Second, Gandhi would have probed the moral aspects of sustainability. He would have argued that just because a need can be technologically sustained, does not mean that it should be sustained at all, said Lord Parekh. For example, he would have questioned the need for people to own several private cars when walking was always an option.

Expanding further on this aspect, Professor Vinita Damodaran, historian of modern India at the University of Sussex, said that Gandhi’s vision of India is extremely relevant at a time when the country is prioritizing economic growth through mega development projects. Gandhi had characterized modern, industrial civilization as ‘satanic’, she said, and he felt that the industrial economy could only be resisted by drawing upon the multiple knowledge systems of India, including matrilineal, feminist traditions.

Gandhi’s idea of living in harmony with nature began and ended with village life, rather than amid forests and wilderness, said Professor Damodaran. Even so, Gandhian forms of resistance have been used by several forest-dwellers to assert their rights over forest resources, such as the non-violent Chipko movement, which was aimed at forest conservation in Uttarakhand. “Recuperating Gandhi and the multiple traditions of India is one way in which an imagining of new India can be conceived,” she said.

The panel went on to discuss the sustainability of Gandhian forms of resistance. Professor Mukulika Banerjee of the London School of Economics examined how Gandhi’s political action primarily relied on the self.

Satyagraha and non-violence embodied self-restraint and discipline. Satyagraha was a series of experiments that was responsive to its own mistakes, correcting itself and trying again.

Professor Banerjee said that one of the strongest movements of Gandhian non-violence was by the Pashtuns of the north-west frontier of British India. Even though the Pashtuns have often been romanticized as the essence of masculinity, they resisted colonial rule through a non-violent movement based on patience and self-restraint.

Finally, the panel discussed the relevance of Gandhian philosophy to climate action at the national level and individual level. Dr Radhika Khosla, research director at the Oxford Indian Centre for Sustainable Development said that India is undergoing a massive urban transition, where questions arise about the extent to which the country will adopt the western pathways of high carbon growth.

The scale of transition poses a significant trade-off between ensuring quality of life and protecting the environment – for example, the use of urban energy demand will pose a challenge. In such a scenario, Gandhi’s writings lend focus to the need to regulate energy demand. It pushes us to focus on solutions that exist in everyday life, and for individual shifts away from excessive consumption. 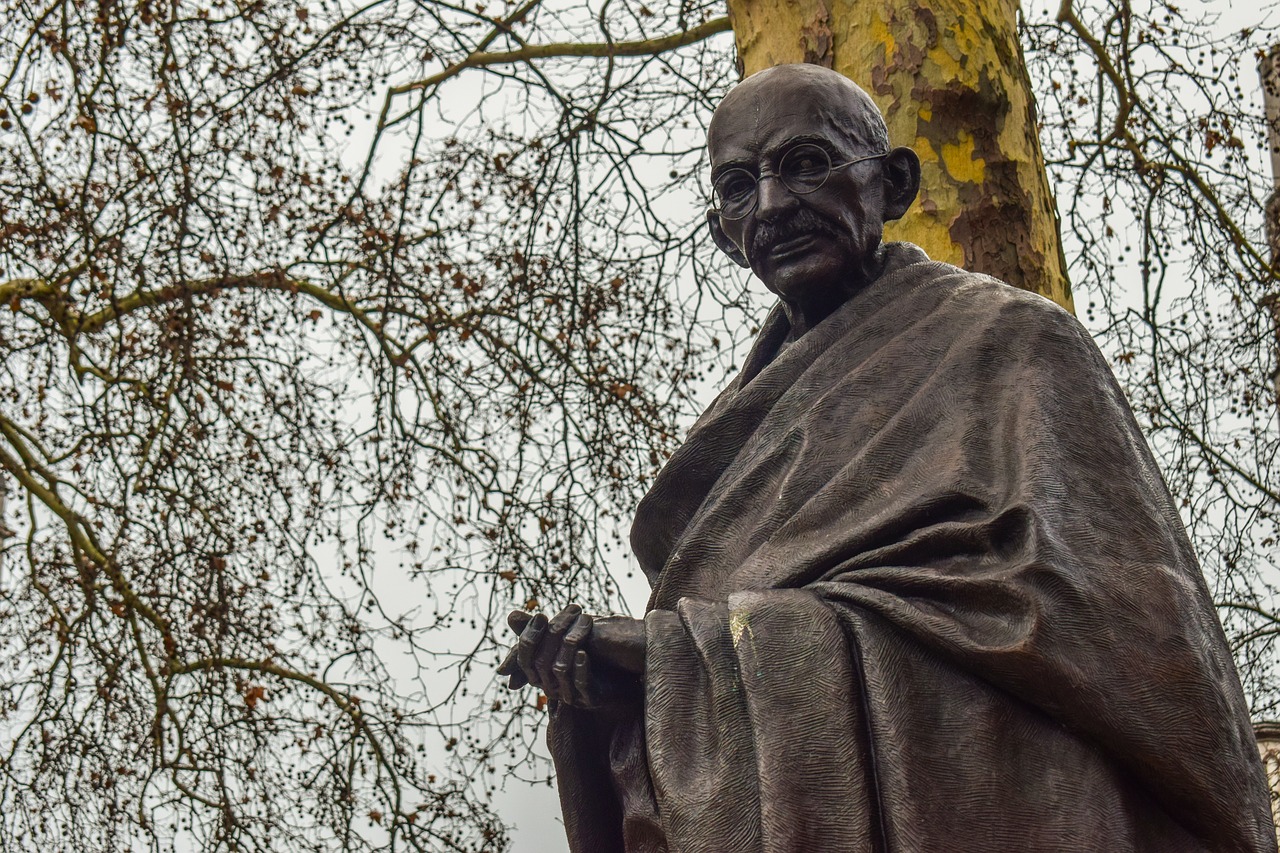