Full Professorship for Patricia Kingori: A Historic First for Oxford

Our Senior Research Fellow Patricia Kingori has, this term, become one of the youngest women to be awarded a full professorship in Oxford’s 925-year history and the youngest Black professor at Oxford or Cambridge.

Professor Kingori, a sociologist based at Ethox Centre and the Wellcome Centre for Ethics and Humanities, was awarded this historic distinction in recognition of the quality and global impact of her research on academia and beyond. Patricia is currently the recipient of a highly prestigious Wellcome Senior Investigator award and leads an interdisciplinary team of researchers exploring global concerns around Fakes, Fabrications and Falsehoods in the 21st Century. She has consistently obtained large and competitive funding grants, written frequently cited and impactful publications, supervised numerous DPhil students and taught hundreds of students during her time at Oxford.

“To have my body of work recognised in this way is a great honour, and I am deeply grateful to the many people who have inspired and supported me so far”

Patricia has acted as an adviser to multiple organisations including the WHO, Save the Children, Medecins San Frontieres, the Nuffield Council of Bioethics and the Obama administration’s White House Cancer Diagnosis and Treatment in Africa Initiative. In 2020, Patricia became one of only six trustees of the Medical Research Foundation responsible for funding priorities from their £60 million budget.

Speaking of her promotion, Patricia said, ‘To have my body of work recognised in this way is a great honour, and I am deeply grateful to the many people who have inspired and supported me so far.’

Somerville’s Principal Baroness Jan Royall added, ‘Patricia has moved many mountains and shattered countless glass ceilings to secure this historic achievement. In the truest tradition of Somerville, she is a woman of firsts, a trailblazer. And yet, I have no doubt that where Patricia leads with such determination, implacable good humour and brilliance, others will follow.’

You can learn more about Professor Kingori’s research here or listen to her podcast Exploring the Genuine Fake, in which she discusses the growing problem of genuine fakes with experts from the V&A, De Beers and London College of Fashion. 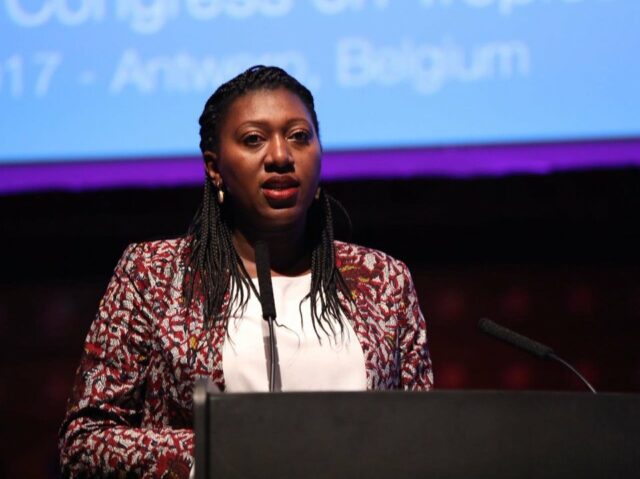