Four Somervillians are among a team of scientists who have pioneered a game-changing new blood test that could help detect cancer in people with non-specific symptoms such as fatigue and weight loss.

According to a paper published yesterday in Clinical Cancer Research, the test correctly detected cancer in 19 out of every 20 patients with the disease in a sample of 300 individuals.

Even more remarkably, the diagnostic was also 94% successful in determining if the disease was localised or metastatic, making it the first blood test to be able to detect if cancer has spread before diagnosing the type of tumour.

The current system for diagnosing cancer on the NHS often begins with a trip to the GP, who will send patients away if an obvious cause of symptoms or lump cannot be found, which means disease can be advanced by the time of diagnosis. The new test (which requires further validation to confirm the findings) could pave the way for much faster identification and treatment of cancer patients, saving lives, by allowing for a near-immediate referral for a scan.

The team will now go on to trial the test in 2000-3000 more patients with nonspecific symptoms over the next two years to confirm its accuracy. The data will then be submitted to national regulatory bodies across the world, such as the UK’s MHRA, so that the test can be approved for use. 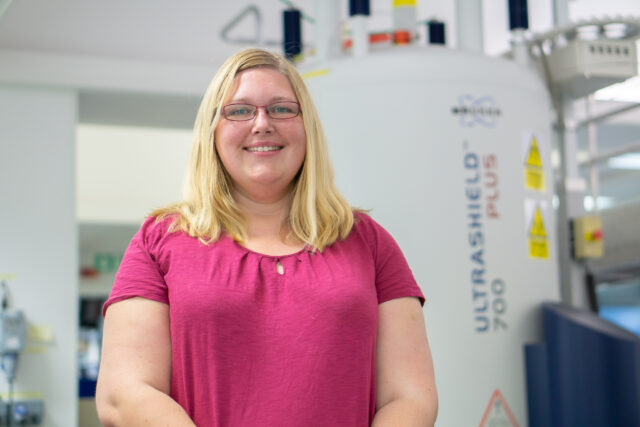 Dr Fay Probert in the team’s lab, with the NMR machine in the background. Photo: Jack Evans