Exploring the World of Genuine Fakes with Patricia Kingori

What does a Gucci suit made in China have in common with a synthetic diamond? Or a forged painting with a perfect replica of Paris?

The answer is that they all inhabit the world of the genuine fake – a world which Somerville Senior Research Fellow Patricia Kingori has decided to explore in a fascinating new series of podcasts launched today.

Patricia, who is a sociologist and Associate Professor in Global Health Ethics at the Wellcome Centre for Ethics and Humanities (WEH), first conceived of the series after encountering the idea of the genuine fake in the arena of public health, where she specialises. The question of how to describe a doctor who saves lives but has no medical degree, or a pill that has the same effect as its branded alternative but was produced in a sub-standard factory moved Patricia to consider how globalisation has complicated and to some extent challenged our classic opposition of real versus fake.

‘I just felt that increasingly what we’re dealing with is the possibility that lots of things are neither real nor fake. And so, rather than just stick to my own world, I asked myself: What would we learn if we brought together people from across a whole spectrum of disciplines to hear their different perspectives and discover what we have in common?’

The answer is a series of conversations that traverses everything from fine art to literature, diamonds, architecture, online dating and pharmacology, with contributors from the V&A, De Beers, London College of Fashion and many more. Uniting them all is the growing sense that the Eurocentric or, more specifically, Anglo-Saxon notion of authenticity as a signifier of value is problematic.

‘A lot of this research kept taking me back to my research in Southeast Asia, where they simply have no word for fake. Something is either a good copy or a bad one. And there is no ‘one’ – no concept of the pure, unattenuated original.’

This draws us, perhaps inevitably, to the world of fine art and Patricia’s conversation with ex-Scotland Yard detective and current V&A Director of Cultural Heritage Protection and Security, Vernon Rapley. In Episode 9, Rapley tells Patricia how works by artists such as Tracey Emin are often created in much the same way as Renaissance studios, with skilled understudies creating the paintings and the ‘master’ delivering the final touches and, crucially, a signature.

‘The really interesting tension here,’ Patricia adds, ‘is that the refusal of artists like Hirst and Emin to credit their collaborators actually leads those same people to become the best forgers of their work. These forgeries use the same pigments, the same precise brush strokes – all they lack is the signature.’ 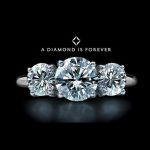 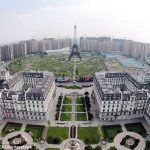 Two more examples to whet your appetite. First, in the world of diamonds, the name De Beers is synonymous with authenticity and quality. So how should the people at De Beers respond to the fact that you can now synthetically produce for £100 a diamond with the same carat, clarity and chemical composition as a natural diamond that would ordinarily sell for £10,000?

Second, what should one make of Tianducheng, the unassuming suburb of Hangzhou in eastern China, that also doubles as a large-scale replica of the French capital complete with a Metro, Eiffel Tower and Parisian letterboxes? After all, for the people who live there, fall in love there and die there, the city could not be more real. Is it still possible, therefore, to call this city or that diamond fakes?

One thing is for sure, Patricia feels. The question of whether something is real or fake triggers a very deep, visceral response in all of us. It pushes on preconceived notions of culture, value and ethics that are, perhaps, not as immutable or instructive as we once thought. For anyone taught never to copy or who tried to be ‘real’, these podcasts are a must-listen.

The first episode of Genuine Fakes is available now on Soundcloud. Further episodes will be released on a twice-weekly basis throughout October. 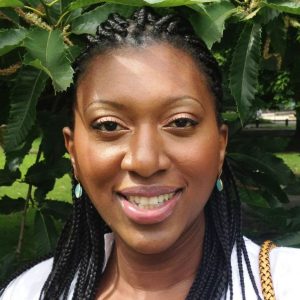