Susanna Pressel (1968, Modern Languages) is the newly elected Chair of Oxfordshire County Council. She joins us here to reflect on her career in local politics, the issues that motivate her and the role that Somerville and Oxford played in shaping her career. 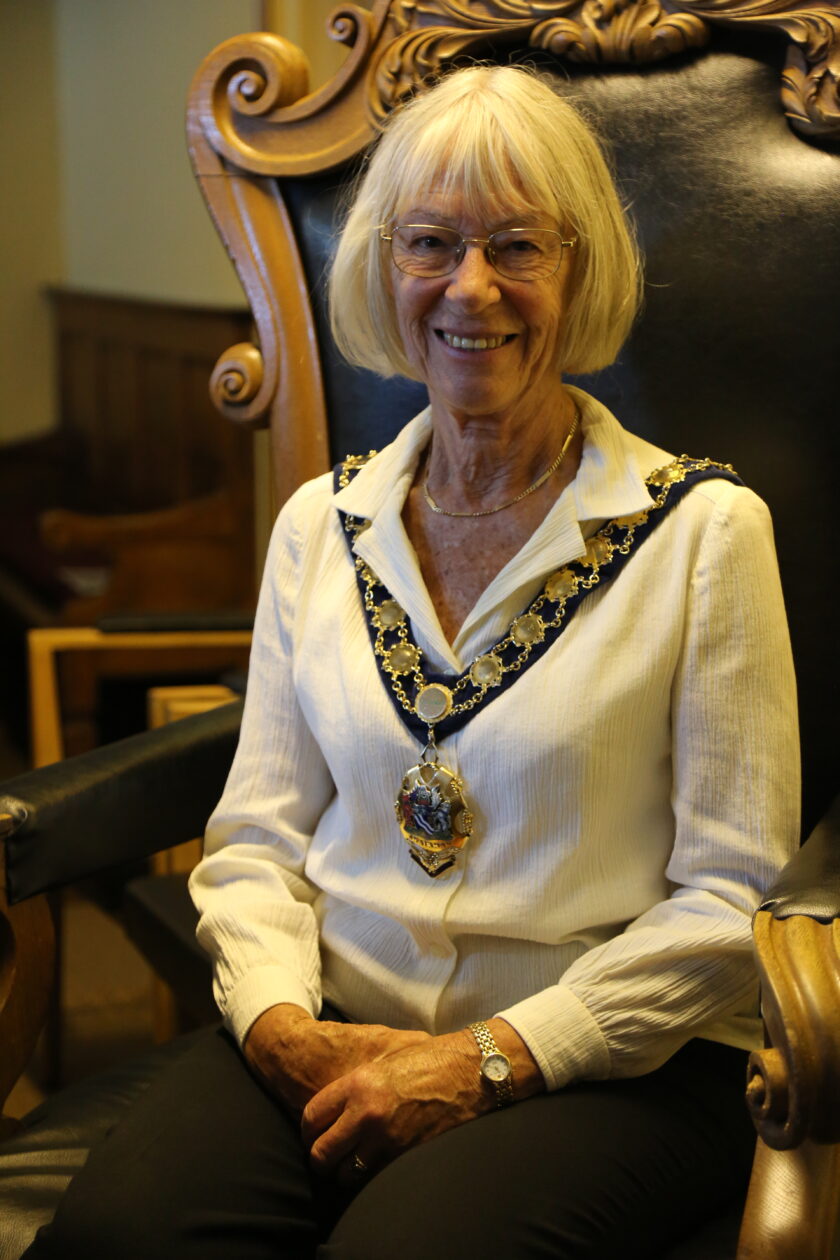 What are your recollections of Somerville and how do you think Somerville shaped your path beyond Oxford?

I have many happy memories of Somerville – it’s where I met my husband, James Fry, and where I made some life-long friends. I read French and German and went on to teach languages – first French at the University of Zambia and then both languages at state schools in Didcot and Oxford. The City of Oxford has twinning links with Bonn and Grenoble, so I’m still using my languages.

I still visit the college quite often, especially now, because the current Principal, Jan Royall is so welcoming and so active in both university and wider affairs, for instance Somerville is one of two “colleges of sanctuary” in Oxford.

You’ve remained in Oxford since graduating from Somerville, working as a councillor since 1996. Can you explain the appeal that local, and specifically Oxford, politics holds for you?

I didn’t intend to become a councillor – I fell into it by accident – but I’m so glad I did. It’s extremely rewarding. Everyone should consider standing for their local council! Every day is different and it’s such a privilege to be elected to represent people. You can help to make sure that the public sector works better, especially for the people who really need it.

Throughout your career, you have pursued a range of ethnic minority and anti-racism initiatives. What drives your commitment to pursue change in this area?

I remember the first time I heard about the Holocaust – it was when I was about 13 (it was not much talked about when I was a child). It made me realise how evil racism is – surely one of the greatest evils of all – and I began to think about prejudice in myself and in others. One of the first societies I joined at Oxford was JACARI (Joint Action Committee Against Racial Intolerance) and it’s where I met James. It’s still doing great work in Oxford.

One of your first actions on becoming Chair of Oxfordshire County Council was to visit traveller sites within the county. How can local councils support under-represented communities such as travellers?

Gypsies and Travellers are among the groups that suffer most from prejudice and inequality. Local councils already do a lot and relations are mostly good, but there is much more to be done: more sites are needed and better provision of education and health care, among other things. Since my visit I have been following up on some of the concerns raised by the Gypsies and Travellers I met. Combatting the prejudice will be a harder task.

What do you hope to achieve as Chair of the Oxfordshire County Council, both in the short and longer term?

I want to visit as many organisations as I can, to learn about them and to say thank you on behalf of the County Council – and to visit as many places as I can in our beautiful county. I’m also hoping to raise money for the four charities I have chosen to support during my year. They are the Oxfordshire County Music Service, Age UK Oxfordshire, ARCh (Assisted Reading for Children in Oxfordshire, which sends volunteers into primary schools to inspire pupils to enjoy reading) and Asylum Welcome. I know this is cheeky, but if any of these causes strike you as worth supporting and you would like to donate some money, please contact my PA via janet.wardell@oxfordshire.gov.uk

Break a leg! Somervillians at the Edinburgh Fringe