Godelinde Perk is a Fulford Junior Research Fellow at Somerville and a Marie Skłodowska Curie Fellow Faculty of Modern and Medieval Languages. Here, she examines how a story from the medieval Sister-books of Deventer can teach us about the tensions between self and community in both Alijt’s era and our own. 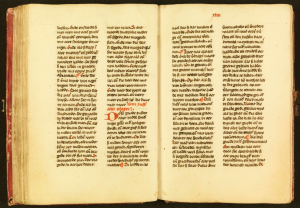 The vita – or biography – of medieval Dutchwoman Alijt Plagen (d. 1428) recounts how her preference for solitude over community had disastrous consequences.

After her death, she appears to a monk, telling him she is in great pain in Purgatory: the prayers of the other women from the community and the Church have less effect on the duration of her time there than they do on that of other deceased individuals.

The text specifies that this horrible suffering results from her “having been so singular, setting herself apart” (Ed. De Man 92), and cautions readers to learn from these events.

But paradoxically, the text also praises Alijt’s love for studying the Bible. It acknowledges that future sisters might also desire learning or some private time to read during their communal lives.

In this way, Alijt’s vita encapsulates one of the fundamental tensions of religious life. On the one hand, many were convinced that solitude – and solitary reading in particular – supported spiritual growth (Bryan). But on the other, medieval devotional culture also understood individual wellbeing as inextricably intertwined with the well-being of the community.

Alijt’s vita can be found in the Sister-Books of Deventer. A sister-book is a compilation of short biographies of medieval women from the same convent or cloister, produced by the community’s women, for the community’s women. These women are often called “sisters”, a term referring both to nuns and semi-religious lay-women.

It was produced in the east of the Netherlands and is written in Middle Dutch rather than Latin, reflecting a desire to communicate with the entire female community (Scheepsma).

Sister-books were a solution to this problem of identity. They had the function of finding and maintaining the balance between solitude and community by blurring the boundaries between individual sisters. Each sister could be accompanied by her fellow devout women in literary form – even when she is alone.

The Deventer Sister-book uses Alijt’s Vita to caution against turning away from the community and adopting a solitary form of intentio. Medieval literary theory termed the “emotional attitude” adopted by readers towards the content of a text or written memory intentio, which they understood as an embodied force.

That is to say: reading was understood to have a physically constituting effect on the reader. This is how Alijt’s misplaced intentio landed her in purgatory, despite her devout life.

In issuing its cautionary tale, the Sister-book enriches our understanding of how literature works and what it can accomplish. Writers of modern texts often do not specify – or even hint – at whom they are addressing, nor what response they expect of the reader.

The authors of the medieval Sister-books, on the other hand, picture their particular communities of readers in detail, and envision these readers’ contributions to what these texts seek to accomplish. They expect the reader to respond to and adapt their words, and physically and spiritually (re)join their communities both through the act of reading and afterwards.

But there is a more sinister lesson for the modern-day reader too. Tension-filled narratives such as Alijt’s indicate that redrawing the boundaries of self and community inevitably means excluding certain individuals from that community, offering a timely warning to us today about the perils of drawing such boundaries. 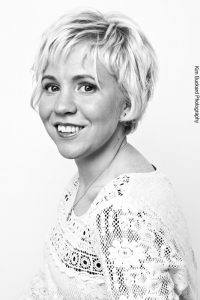