Changing Our World For The Better: Eleanor Rathbone at 150

In honour of Eleanor Rathbone’s 150th birthday, social historian and author of Bluestockings and Ladies Can’t Climb Ladders, Jane Robinson, looks at the undercelebrated yet exceptional life and achievements of the first Somervillian MP.

This story was first published in the 2022 Somerville College magazine. 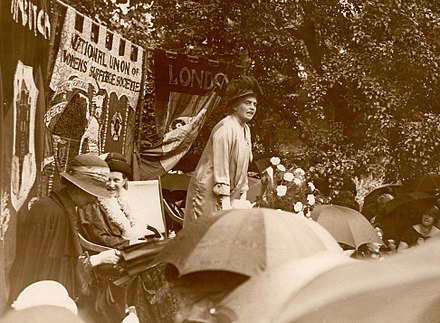 Next time you visit Somerville, look up to your left after passing through the Woodstock Road Lodge. You’ll see something you might not have noticed before: an elegant clock. As our College lacks the tolling bells common to more ancient foundations, this timepiece was the first thing former generations of students checked as they entered the College, and the last as they left. It was an appropriate gift from alumna Eleanor Rathbone (1872-1946): never was anyone as skilled as she at cramming the hours and days with action. Her achievements were remarkable in her own era, and remain startlingly relevant today. Yet, like the clock, we hardly acknowledge her. On the 150th anniversary of her birth – and given the world we inhabit now – Eleanor Rathbone deserves closer attention.

She was the 10th of Liverpool MP William Rathbone’s 11 children; a reserved girl educated largely at home and expected to make a suitable marriage after coming out as a reluctant débutante at 17. Her Liberal father encouraged her to share his philanthropic interests, but only within conventional limits approved by her mother. Convention and limitation rarely held Eleanor back, however, which is why Somerville was such a good match for her when she arrived in 1893 to read Greats. As far as she was concerned, marriage could wait – preferably, for ever.

She already identified as a feminist, inspired by the Rathbone dynasty’s heritage of dissent and reform, and was delighted to find kindred spirits of her own generation at Somerville. She threw herself into college life, drawn to politics from the start. When Oxford women campaigned for the right to a degree, Eleanor was there on the front line, representing Somerville. When meetings were held to progress women’s suffrage, there she was again, stirring up support. When the College’s mock Parliament met to tackle the issues of the day, or members of the radical ‘Associated Prigs’ (an exclusive College club) debated social injustice, Eleanor loomed large, always accompanied by her own dense cloud of cigarette smoke.

In 1895, armed with a nominal 2:2 (women were not awarded degrees until 1920) and with three years of Somervillian fire in her belly, Eleanor returned to Liverpool. With her father, she investigated and publicised the conditions of local dock-workers’ families, and coordinated voluntary aid in the city to empower women who had the will and energy to help others, but didn’t know how. In 1909 she was the first female elected to Liverpool City Council; she led the local women’s suffrage organization and also served on the executive of the National Union of Women’s Suffrage Societies, choosing to battle for the vote as a constitutional suffragist rather than a militant suffragette. Between 1914 and 1918 Eleanor administered support for servicemen’s families and campaigned for direct state provision for wives impoverished or bereaved by war. In 1919 she was elected chair of the National Union of Societies for Equal Citizenship, while still serving as a city councillor; an assessor for child welfare for the League of Nations; and a lobbyist for equal opportunities for women in political and domestic life.

By now she had moved to London, setting up home a couple of streets away from the Palace of Westminster. Handy, as it turned out: in 1929, Eleanor was elected MP for the Combined English Universities, becoming the first Somervillian to sit on the green benches.

She stood as an Independent and retained the seat until her death. One crusade stands out across the arc of her Westminster career: her stewardship of the Family Allowances Act, passed in 1945. Her early experiences in the Liverpool docklands convinced her that state benefits should be paid directly to mothers, without fear or favour; not only in recognition of their child-rearing duties, but to encourage them to take equal responsibility for their families and to engage with the concept of citizenship. A sense of self is crucial to those unused to consideration and respect. The Family Allowance scheme we know today as Child Benefit was therefore about seeding confidence for women as well as providing support.

“Eleanor Rathbone continues to influence me both personally and as a Trustee of the Eleanor Rathbone Charitable Trust, where we always support the kind of projects we think Eleanor might have approved, from advancing the interests of women to supporting unpopular causes such as asylum seekers and women prisoners.”

William Beveridge, architect of the welfare state, acknowledged his debt to Eleanor. But she achieved so much else in the course of her pioneering life. One of her earliest speeches in Parliament courageously highlighted the practice of Female Genital Mutilation in Africa, at a time when polite ladies were not even expected to know what a clitoris was. She took a particular interest in the plight of Indian women in the subcontinent, recognising them as subjects of the British Empire denied their human rights, and too often the victims of domestic and institutional abuse. Eleanor’s concern for the global sisterhood not only brought colonised women to the attention of Imperial and national governments, but strove to provide them with political heft through enfranchisement and education.

It is no surprise that Eleanor involved herself closely with the evacuation, accommodation and repatriation of refugees from Spain during the Civil War. She helped to transfer 4,000 Spanish children to Britain, but it was not enough. Despairing of the British Government’s sluggish response to the crisis, she attempted to charter her own ship to run the blockade and rescue more. She was also at the vanguard of those helping refugees escape Nazi occupation in Europe. She fought against the government’s internment of German Jewish and political fugitives during the Second World War, and when news of the death-camps began filtering through, none shouted more passionately than she that something must be done, and done now. 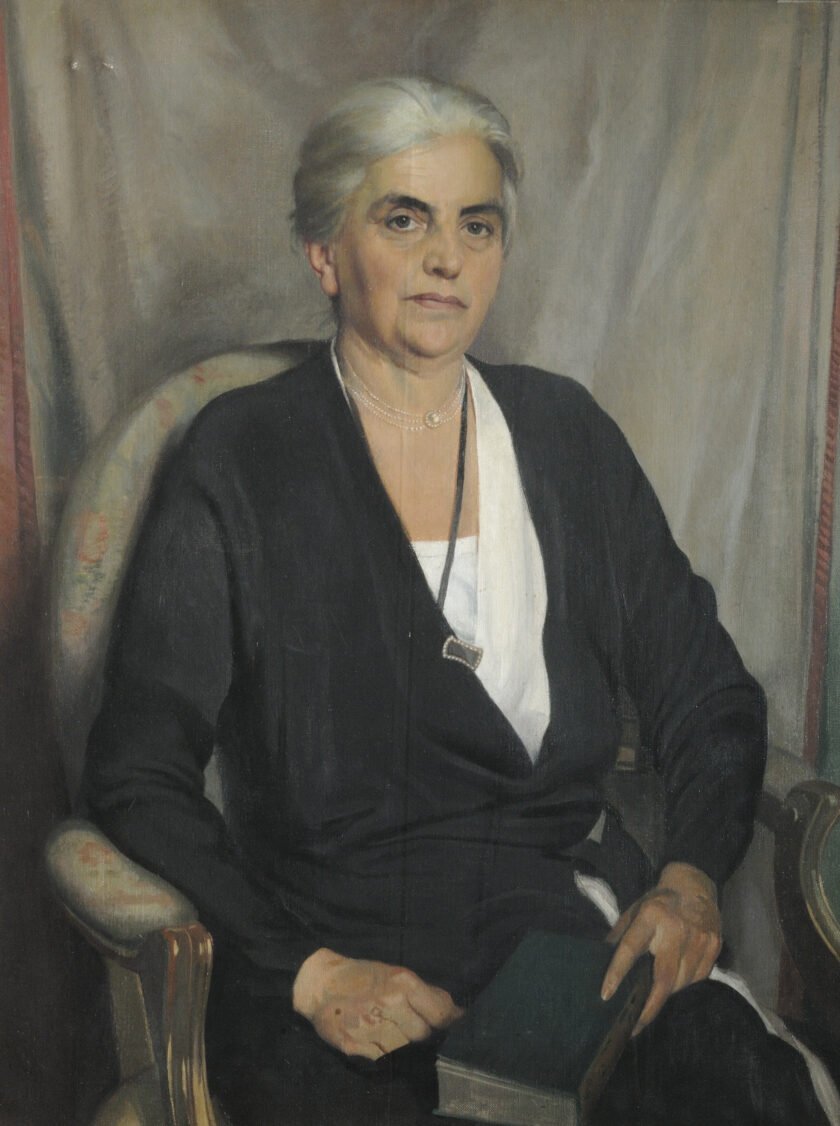 Her death at the age of 73 was mourned around the world. ‘No Parliamentary career has been more useful and fruitful,’ wrote the Manchester Guardian’s obituarist. It is hard to argue with that. And yet I can’t help thinking of Eleanor Rathbone in Somervillian terms. Her life of public service was spent in seeking out what she called the ‘disinherited’ at home and abroad, supporting them, and crucially, giving them a voice. Including the excluded. Today, that legacy lives on in two successive generations of Somervillian Rathbones: Eleanor’s greatniece, Lady Angela Morgan (née Rathbone, 1965, History), who is a trustee of the Eleanor Rathbone Trust, and Angela’s daughter, Anna Morgan (1997, History), who is a Senior Development Advisor for the FCO’s Human Development Department.

But Eleanor Rathbone’s legacy also lives on here at Somerville, beneath the measured tread of the clock she left us, renewed each time we advocate for refugees or extend the promise of scholarship irrespective of gender, race, creed or status.