We’re absolutely thrilled that our wonderful new Catherine Hughes Building has been recognised in the Brick Development Association’s annual awards as the best new brick-built educational structure in the UK.

The Catherine Hughes Building took the 2021 award in the Education category. Designed by Alistair Browning for Níall McLaughlin Architects and constructed by Beard, the block beat out a shortlist including a new library at Magdalene College, Cambridge, Nottingham Trent University’s Lyth Building and Dryden Enterprise Centre, and Brentwood Preparatory School.

The panel reported that they judged it to be “a joy to behold” and that it “stands in a varied street scape proudly designed and built to make it feature well on its own merits.

“The structure succeeds in delivering everything that it sought to do from the out-set, well thought student accommodation.

“A very creative design, care taken to acknowledge rooms north facing by the introduction of more windows to these areas. The brick is a fine choice of Ibstock Reigate Purple and NHL mortar extremely well laid. A good British brick, Natural Hydraulic Lime mortar coupled with a good design and excellent craftsmanship. They all go to produce a lovely building of which everyone involved must be justifiably proud.”

The winners were revealed at a prestigious awards night at the Royal Lancaster Hotel in London on November 10th, where Alistair was presented with the award by broadcaster, journliast and former MP Gyles Brandreth.

The Brick Development Association comprises virtually all of the UK’s brick manufacturers. They recognise the best of the UK’s new developments using brick as a primary building material with their annual awards, which are split across various categories as well as a supreme prize. The overall winner on the night was the new library of Lambeth Palace.

This is not the first time Somerville’s buildings have been recognised for their architecture, with the Wolfson Building receiving an award for outstanding merit in the use of concrete from the Concrete Society in 1969. 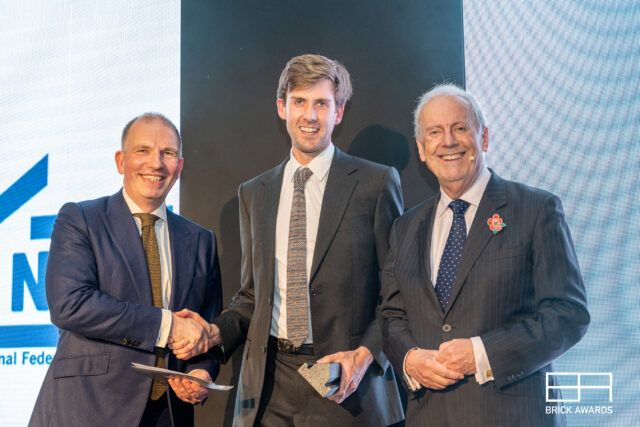 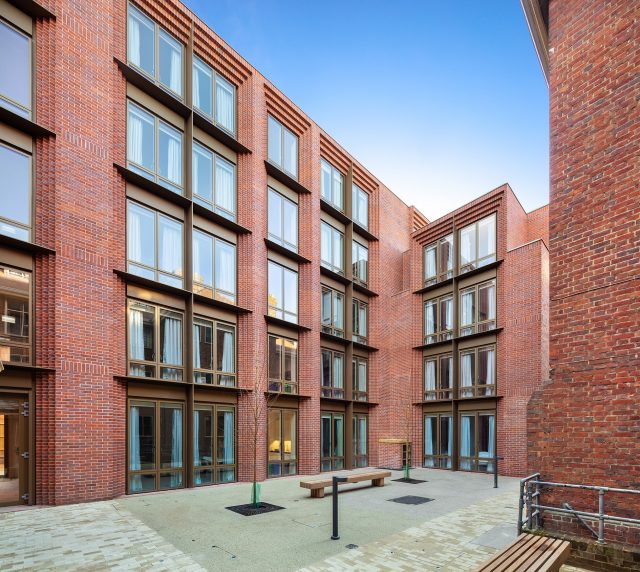