In October, the College will publish Somerville 140 1879-2019. A Celebration of Somerville College, Oxford in 140 Objects. In this piece from the 2019 Alumni Magazine, Lizzy Emerson, who helped compile the text, tells us about the experience of delving into Somerville’s history. 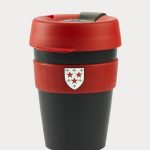 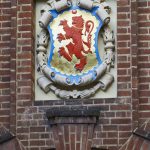 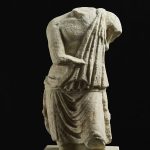 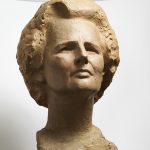 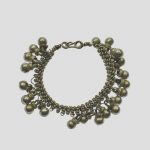 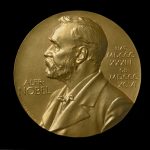 “Why now? Why not just wait another ten years and make it 150 objects? That’s a nice round number.”

It is a nice round number. But Somerville isn’t a nice round college. I’ve never met a Somervillian who was out-and-out rude, but there’s no doubt you can be a spiky lot. It’s one of the many things I’ve come to admire about this extraordinary place.

Somerville already has its proper history: Somerville for Women, by Pauline Adams (1962, Modern History; Sub-librarian, then Librarian 1969-2009; Fellow 1977-2009; Emeritus Fellow, 2009), who was generous enough to look at an early draft of this book, and whose stories about the College would make a bestseller in their own right.

This was to be different, more like something you’d pick up in a museum shop, to dip into for the pictures and the odd fact.

It was Liz Cooke (Née Greenwood) (1964, Modern History and Joint Secretary of the Somerville Association), who suggested we should follow Neil MacGregor’s lead and write the history of Somerville in objects.

Everyone had an opinion on what should go in, though being Somervillians, they didn’t necessarily agree. “I’ve always loved that,” one would say. “Really?” another would ask, horrified.

Then came the hard work of going into the archives (and quite a few cupboards too), done by College Librarian and Archivist Anne Manuel and Assistant Archivist Kate O’Donnell, ably assisted by Honorary Senior Associate Jane Robinson (1978, English).

Why now? Because the 140th anniversary of Somerville’s foundation falls alongside three other anniversaries: of the decision to grant the first votes to women in the UK in 1918; of the end of the First World War; and of the award of Oxford’s first degrees to women in 1920.

All were entwined with Somerville’s ethos and history, and we have included objects that reflect these connections. Somerville was a ‘suffrage college’, and a childhood poem by Margaret Kennedy (1915, Modern History) proclaims the suffragettes the ‘champions of the nation!’

A wartime photograph shows the College as ‘Somerville Section’ of the 3rd Southern General Hospital. Robert Graves and Siegfried Sassoon were both patients, and Sassoon wrote of how his ‘little white-walled room, looking through the open window onto a college lawn’ felt ‘very much like Paradise’ after the horrors of battle.

The war had its impact on Somervillians, as on the rest of the world: Vera Brittain’s (1914, Modern History) Testament of Youth captured the agony and loss of a generation (‘I shall remember, always,’ she wrote).

And the achievement of degrees for women was in no small part due to the work of Somervillian Emily Penrose (1889, Lit. Hum. and Principal 1907-1926). The image of her in her gown and hood on the day the first degrees were awarded still inspires.

Before long, Somerville’s family grew much larger and less English too. Cornelia Sorabji (1889, Law), the first Indian woman to study at Oxford and the first woman to read Law at the University, said she learned at Somerville that “difference of opinion need not affect friendship or personal appreciation, and that one could be a zealot and yet open-minded”.

In the book, we include the beautiful silver anklet that Sorabji gave to a Somervillian friend. In the 1930s, the College led the way in offering a home for women scholars fleeing the Nazi regime.

One of the refugees, Lotte Labowsky, stayed at Somerville for the rest of her life, and left the College a painting (also included) by her countrywoman Paula Modersohn-Becker, whose work the Nazis declared ‘degenerate’.

Somerville was set up to offer women the ‘special advantages which Oxford offers for Higher Education’. The life of the mind, in other words. But showing that in objects isn’t easy. There are books, of course: Brittain’s Testament of Youth, Winifred Holtby’s (1917, Modern History) South Riding, whose profits were a major source of scholarship funding for the College; Iris Murdoch’s (1938, Lit. Hum.) The Red and the Green, dedicated to fellow Somervillian and philosopher Philippa Foot (Bosanquet) (1939, PPE), and works by some of the 17 Somervillians nominated for the Booker Prize.

And last but very much not least, there is Dorothy Hodgkin’s (Née Crowfoot, 1928, Chemistry) Nobel Prize Medal, awarded in 1964, and still the only one to go to a British woman for scientific work.

Fortunately, the life of the mind needs lunch, and post, and coffee too. So we included Maitland Hall, and the Lodge, pigeonholes and bicycle racks, and the SCR coffee machine. The library is there, and some of its furniture, like the beautiful table with pull-up easels.

When we spoke to the MCR and JCR Presidents, it became clear that the Somerville keep cup must be included. It proudly sports the College’s crest (also included) and you can take it into the library. What more could you ask? The cup runneth over – except it doesn’t, because of its ingenious spill-proof lid.

One of the most moving things was encountering the memorials dotted throughout the College. There are stone plaques, but also trees planted for those Somerville remembers, the memories still growing. The lesson is clear: once a Somervillian, always a Somervillian.

One of them, May Drew, felt such a connection to Somerville that she was moved to donate to a 1978 appeal (‘My mite seems almost too small… but I should like to feel I had a tiny share’).

She recalled a Gaudy before the First World War with the lovely scent of ‘sweet peas on the little tables’ but also ‘the pain in my poor feet’.

In 1921, Principal Emily Penrose had cause to address the students about their academic dereliction: ‘I wish to make it perfectly clear,’ she said, ‘that Somerville was not intended for idlers’. Quite.

But Somervillians know how to enjoy themselves. In 1914, just weeks before the outbreak of war, the new Maitland Hall was the venue for a dance, with Herr Moritz Wurm and his Blue Viennese Orchestra and ices on the balcony at 9 p.m.

This year, there was a joint ball with Jesus College celebrating the ‘glitz and glamour’ of Hollywood.

Somerville has changed a great deal in its first 140 years, going from 12 students in 1879 to over 600 in 2019, and admitting men in the early 1990s (see the protest poster held aloft by those who believed this was not progress).

But its mission remains one of including the excluded and promoting the highest standards of intellectual endeavour. Somervillians continue to scoop academic prizes in their studies and to work at the forefront of research, and the College has in recent years instituted ‘Principal’s Prizes’ to recognize those who do outstandingly well in their degree work.

The numbers awarded are rising year on year. Inclusion and excellence go hand-in-hand, and this year, Somerville has seen the percentage of state school pupils amongst its offers to UK applicants rise to over 72%.

In 1879, inclusion was about gender. Now, it may mean those who cannot afford to study at university, or who feel they won’t fit in, even though they have the intelligence and tenacity to be Somervillians. Somerville holds events to celebrate the contribution of refugees to the community. It chairs discussions about what Brexit will mean for relations between the UK and India.

It asks itself, all the time, ‘What is to be done?’ and then, with hard work, intelligence and an admirable streak of common sense, it does it. Somerville is still in the vanguard of working to open up Oxford.

There are new scholarships for Indian students and a new programme of scholarships and support named for Margaret Thatcher (née Roberts, 1943, Chemistry), who herself received help when the College realised she was struggling financially. To mention Thatcher is to open up another rich seam in Somerville’s history, of politics and public service.

‘If you want to change the world, come to Somerville’ has become an unofficial motto, and it’s easy to see why. The 1894 minute book of the ‘Associated Prigs’, a society for ‘collective talk on social subjects’ shows Eleanor Rathbone as a member. The first of many Somervillians elected to Parliament, Rathbone pioneered child benefit payments and was an early campaigner against female genital mutilation.

There is a signed photograph given by Indira Gandhi, of whom one Somervillian said, ‘she overturned my credulous assumptions that the British Empire was a beneficial and beneficent organisation’. There is the 1959 General Election rosette for Shirley Williams (née Catlin, 1948, PPE), who has been called ‘the greatest Prime Minister this country never had’.

And, of course, there are plenty of objects to choose for Margaret Thatcher. After a good deal of discussion, we selected the Oscar Nemon bust, several times defaced with paint, but now pristine again.

Were there surprises along the way? Absolutely. The sheer weight of a Roman marble torso – nicknamed ‘Nigel’ – for one thing. The awed reverence for Pogo the cat, for another (but then I saw his picture, and read a little about him, and yes, now I understand).

I’ve learned a lot. To look more carefully at portraits of genteel-looking women. There may be a spy lurking there (Daphne Park). That moments of scientific genius are built on years of hard slog (Dorothy Hodgkin’s breakthrough in X-ray crystallography). That there’s no time to waste; as Janet Vaughan (1919, Physiology and Principal 1945-1967) said when asked how she’d got so much done, “I never played bridge”.

And that achieving equality is about practical measures (Oxford’s first ever paid maternity leave was arranged by a Somervillian, for a Somervillian).

Naturally, Somervillians put it best. We were hugely fortunate that Shirley Williams and Alison Wolf (née Potter, 1967, PPE and President of the Somerville Association) agreed to write the Foreword and Afterword. Both record how lucky they feel to be heirs (literally, in Williams’ case) to Somerville’s extraordinary history. For Williams, a Somerville education brings ‘a tenacity and persistence that gets things done’, while Wolf identifies the values behind Somerville’s foundation: ‘Somerville was and is an Enlightenment Endeavour’.

For me, as a relative newcomer to Somerville’s story, what impresses most is the way that the College still feels and uses the power of its history. Its founding ethos remains at the heart of its work today. The 140th object, not yet complete as we go to press, is the new Catherine Hughes Building, named for Somerville’s Principal between 1989 and 1996. It will allow the College to offer rooms to all its undergraduates, on site, for the whole of their course, as Somerville did at its foundation. The ‘special advantages which Oxford offers for Higher Education’, and Somerville’s past and present, will be theirs to enjoy.

The news pages of Somerville’s website are filled with entrepreneurship, creativity, generosity and brilliance: it’s clear that the founding spirit of Somerville remains a powerful force for good. Today’s Somervillians are already beginning to make the next 140 years of history. We won’t be around to see it, of course, unless someone manages to invent a medical miracle.

I’d put money on that someone being a Somervillian.