In the ancient Roman world, mere mortals could be portrayed or described as gods or goddesses in many contexts: at the city of Pompeii, a besotted lover scribbled graffiti on the wall to tell the world his girlfriend looked like Venus, the goddess of love; in a comedy by Plautus, a clever slave demanded that his young master sacrifice to him in thanksgiving for finding money to buy his beloved’s freedom from a pimp; on a gravestone from Rome, bereaved parents depicted their deceased toddler as the virgin huntress, Diana.

These forms of ‘deification’, or ‘divine associations’, appear in epitaphs, sculpture, graffiti, and literature from 200 BCE–400 CE. My current research asks: how did the Romans come to associate humans with the attributes and identities of gods? What was the meaning of these practices? 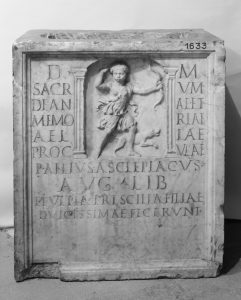 Scholarship on religion in the Roman world has focused on the deification and worship of emperors as gods in what is often called the ‘imperial cult’. The traditional narrative has traced the origins of this practice to honours granted to victorious military leaders at Rome and to kings in the Greek world. For example, after Julius Caesar was killed by irate senators, his adopted heir Octavian Augustus declared him to be a god and set up a cult for him, complete with priests, statues, and temple.

After his death, Augustus would also be worshipped as a god, setting a pattern for later emperors and their families. But this concentration on élite males with political and military authority neglects the hundreds of examples of divine associations among less powerful people: women, children, slaves, freedpersons.

There are many facets to my work, but I am particularly intrigued by the patterns we see in the gender of the person who ‘initiates’ a divine association (e.g. calls someone a god), and the person who is the recipient (e.g. gets called a god). Over and over again, it seems most common for less powerful members of Roman society to be the recipients of divine associations: wives, girlfriends, favourite slaves, children. The people initiating them hold greater authority: husbands, parents, slave owners. Why is this so? And what does this mean for emperors who were worshipped as gods by the Roman people?

One tool I am using to get at this problem is to adapt the feminist theory of the ‘male gaze’. You may have heard of this idea before, which arose in film studies: in our society, a woman being viewed by a man may seem to exert a powerful influence upon him, especially if he has a sexual interest in her.

She may appear to be the one in control of the situation. But in fact she wields this power only for as long as she retains the man’s interest: if his gaze wavers, if he stops looking at her/objectifying her, she loses her power.

Thus, for both emperors and common people, the status of the recipient of the divine association is similar to that of a woman subject to the male gaze. The ability to confer these associations placed Romans in positions of power: the man calls his girlfriend ‘Venus’, the master depicts his favourite slave boy as Hercules on his gravestone. But neither the woman nor the boy would have been worshipped as deities by all Romans.

This power imbalance between initiator and recipient also reveals the inherent instability in the imperial cult: an emperor might declare himself a god in his lifetime, but his identity as a god would be recognized after his death only with the assent of the Senate and people of the empire. A warning, perhaps, to the political leaders who crave worship in our modern world. 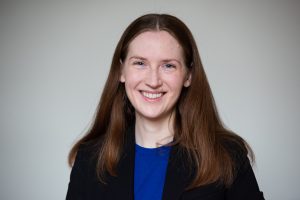