A Taste of Things to Come: Somerville Kitchens To Be Refurbished

The Somerville College kitchen, pantry and servery are to receive a major overhaul starting in September 2020.

Why Do We Need A Refit?

Picture this. It’s half-past seven on a summer’s evening. In Hall, the windows are thrown wide, the rich smell of cut grass drifts in to mingle with the delicious smells emanating from the servery and glasses clink in friendly toasts as a score of conversations range back and forth across the tables.

It’s a good moment. And yet, this scene could so easily not have occurred. Half an hour ago, urgent telephone calls were being made, food was being prepared on borrowed gas rings and Estates Manager Steve Johnson was doing an acrobatic stretch to hold in several buttons on one of the old grills, just so Head Chef Paul Fraemohs could finish the main course.

The fact is, the Somerville kitchens, pantry and servery are no longer fit for purpose. Every meal that is produced there – to the exceptional standards which have made Somerville a byword for culinary excellence throughout Oxford – is a testament to the ingenuity, commitment and amazing teamwork of our catering and serving staff behind the scenes.

Indeed, Catering and Conferences Manager Dave Simpson estimates that, if the kitchen, pantry and servery aren’t refurbished now, they will fail outright within eighteen months.

How We Got Here

The original Somerville kitchens were designed to accommodate 150 students. Today, summer schools require the kitchens to serve at least 500 covers, three times a day. Term-time numbers are not far behind: the catering team routinely serve up to 450 students plus staff in hall at any one time.

But the issue is not just that the growth of the college has exceeded the capacity of the original kitchens. The equipment and infrastructure the kitchens rely on is also obsolete. The last refit was in 1995, and was only skin-deep. Everything from the drains to the grease converter, fans, air conditioning, ducting, fridges, ovens and dishwashers are at the end of their lifecycles, while the space itself was designed without the input of the catering team. As a result, the kitchen is incredibly hard to use with none of the ergonomics required of a modern kitchen.

All of which means that the Somerville kitchens aren’t in a position to produce the modern, exciting food that the catering team longs to create. 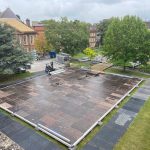 Floorplan of the temporary facilities 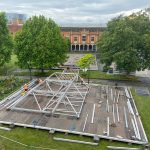 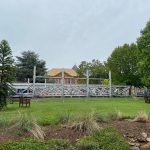 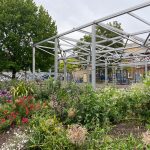 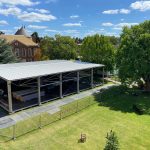 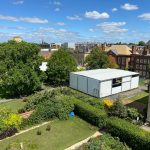 A taste of things to come

A Simple Plan In A Complicated World

Treasurer Andrew Parker and Conference and Catering Manager Dave Simpson have been discussing a refit of the kitchen, pantry and servery since 2013. Approval was finally granted for the refit last year – then COVID-19 happened.

The funds allocated for the project lost significant value. Treasurer Andrew Parker’s first instinct was to pause for a year, but then the extent of this recession became clear, including the very real possibility that the fund would take at least five years to regain its position from January 2020. Given Dave’s estimate that the kitchens would fail in eighteen months, waiting simply wasn’t an option.

Speaking about his decision to proceed, Andrew Parker is pragmatic. ‘It can seem counter-intuitive to embark on a significant capital project at a time like this,’ he says. ‘But it actually makes sense. In addition to the investment angle, you also have to consider the logistical side of things. Our present situation means no summer conferences, so proceeding will actually be less disruptive to the usual function of the college.’

A Shared Vision, A Sustainable Future

The designs for the new kitchen, servery and pantry are the product of extensive dialogue and input from the entire Somerville catering and kitchen staff – that’s 11 chefs, two kitchen porters, plus servers and waiting staff. Even new recruits such as our new Sous Chef, Oliver, whose experience of working in a range of different kitchens, was used to fine-tune the plans.

The new designs will bring new equipment into the kitchens, including a move to more sustainable induction ovens rather than the old-fashioned gas ones. But the works will also deliver a complete remodelling of the space itself, created in conjunction with TMD Building Consultancy so as to accommodate the Grade II Listing of the building. The result is that there will be more space for refrigeration and storage, but also, critically, more flow to the entire function of the kitchen and servery, resulting in reduced waiting times for diners.

For Steve and Dave, reliability is the key. Dave will be able to head home at the end of the day without worrying that the gas supply will give out or the dishwasher will break. He knows that the reputation he and his team have worked so hard to create over the past ten years, which have helped make Somerville a destination for private functions and conferences, will remain intact.

For Head Chef Paul, it’s all about innovation. People already love the food at Somerville. But just imagine how excited (and full!) we will all be when Paul and his team can experiment with all the modern techniques they’ve been dreaming about for the past five or more years – techniques like sous vide cooking, that will add new layers of succulence to every main course!

The refurbishment of the kitchens will start with the creation of temporary kitchen and dining facilities on the Somerville quad this July (2020). Internal works will commence in September 2020, with the project estimated to take nine months to complete. As such, all works should be completed by June 2021.

The completion of this project will be life-changing for the entire catering team, who have been incredibly patient and loyal to Somerville over the past ten years in which they’ve worked under increasingly difficult circumstances.

But it will also indirectly enhance the lives of our students, fellows, summer school visitors and private function guests, as they anticipate more delicious affordable food and unforgettable occasions.

We can’t wait to join you for dinner this time next year!

Gallery: The Kitchens As They Were 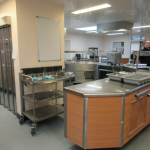 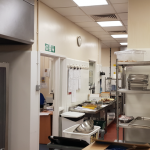 Flank wall to be removed 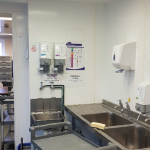 Another wall to be removed 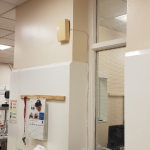 The wall by the chef’s office will go 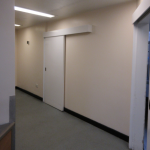 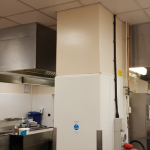