Second year Somerville student Autumn Clarke (2020, English) has contributed the following reflections to mark Care Experienced History Month, which occurs annually in April. Autumn has direct experience of care and explains here some of the difficulties she faced, as well as the redemptive power of remembering and sharing those stories. 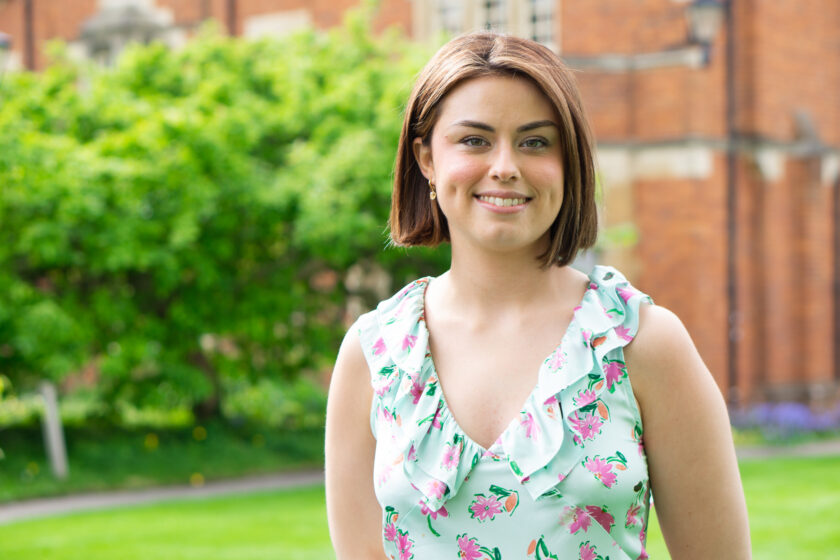 We are just coming to the end of Care Experienced History Month. Don’t worry if you haven’t heard of it. Despite having been brought up in care since the age of 13, I hadn’t heard of it either until this year.

For many years, my only reference point for the experience of fostered children in the UK was, like most people, the CBBC series Tracey Beaker, based on the books by Jaqueline Wilson. What better phrase is there to describe the perpetual self-censorship undertaken by young, fostered individuals than ‘It’s just hay fever!’ I myself never told any of my friends or peers at school that I was fostered.

Not telling anyone at school I was fostered meant that, for years, I lived a double life. So many excuses were made for the times senior members of staff had to pull me out of class to have private discussions about how things were going at home. Meanwhile, the fact that I excelled academically at school only served to preserve the illusion that I was, by some miracle, unscathed by the events that led me into care and my experience in care thereafter – none of which could have been further from the truth.

Living a double life is lonely. When you’re fostered, it’s also, very often, shameful. I carried the stigma of my adverse life experiences wherever I went. As a teenager I grew up feeling as though I was essentially “the last man standing” in my family; that it was down to me to break the unhealthy patterns of behaviour or ways of life if I was to move forward and have a chance of having a loving family and successful life of my own.

The fact that my own memory box was lost is what convinces me of the importance of remembering.

This narrative is all too common for fostered and estranged children. Often, they carry the trauma with them into later life with crippling effects on their relationships and prospects. Many are thrust out of care as soon as they turn eighteen, with very little hope for the future. Only recently did government legislation come to mandate the new term ‘Former Relevant Child’ for ex-foster children. I suppose the label makes it easier to categorise levels of concern for young people who have travelled through the care system. But when does anyone’s childhood become “formerly relevant?” Especially not the childhood of someone who was previously fostered.

Many people are kind when they learn about these experiences. In my case, Annie Sutherland, my personal tutor here at Somerville, has been unbelievably supportive – not least by letting me take her lovely dog, Betsy, out for therapeutic walks when I’ve been struggling to weather the turbulence of an Oxford degree! However, one thing I’ve come to realise over time is that, for all the people who are kind, most people don’t know how to react, respond or help a person who might still be in emotional trouble from these traumatic experiences.

To those people, I would say try not to avoid these difficult topics, but instead embrace them. Though remembering the past is extremely painful for care leavers, there is nothing more powerful or guaranteed to help than finding someone who is willing to act as a guide through those memories when they arise.

Memory is so important to care leavers. Though we struggled in many ways, something I remember so strongly from my early childhood is the determination of my mum in ensuring she kept a memory box. I remember it so vividly: it was a violet-coloured box covered in Disney princesses that had previously been the container for a television. It was a bit impractical (it was very large and had no handles), but it was important. In there were hundreds of bits of ephemera from my childhood – all those silly paintings that children do, and videos of me wobbling around the living room as a toddler. And yet, when we had to move and I transitioned into care, it was lost.

Thanks to the determination of my mum to preserve whatever she could, I do still have several photos of us all together from when I was little. But the fact that my own memory box was lost – the fact that I lost that physical manifestation of memory just as so much else was being lost – is what convinces me of the importance of remembering.

So I may not have heard of Care Experienced History Month before now. But I know I’ll remember it next year and in years to come. I hope you might, too.

Here are some of the pictures lost with the memory box, which Autumn’s mum managed to preserve by photographing the original pictures and which Autumn kindly shared for this story.