Our Fellow and Librarian, Dr Anne Manuel, retired this summer after 13 years as our Librarian, Archivist, and Head of IT Services. She reflects on three things she’ll always remember about her time at Somerville.

The library of thirteen years ago was not so very different from the one we know and love today – the loggia was significantly draftier, card catalogues were still very much alive and kicking, and the office boasted an electric typewriter and a microfiche reader but apart from that, the library is much the same as it was in 2009. When I first arrived at Somerville, it took me a while to get to grips with all Oxford’s ways but something I discovered very early on was this was no ordinary academic librarian role!  Books, yes, students, yes, but for this retrospective I am going to focus on the three things that surprised (and delighted) me the most about being Somerville’s Librarian.

Used to receiving maybe one or two gift publications a year in previous roles,  I was overwhelmed by the generosity of alumna, students and academics. One of my first projects was processing  an amazing collection of 200 historical  biographies presented to the college by the family of a recently deceased alumna. Since then there have been a couple of significant donations of books per year – sometimes collections running into the many hundreds of books, sometimes donations of antiquarian or rare volumes – and a myriad of smaller donations. But the gifts have not just been of books – our special collections have been swelled over the last 13 years with fascinating gifts of papers from Shirley Williams, a painting by the  French impressionist Eugene Boudin, watercolours by chapel donor Emily Kemp of her far eastern travels in the early 20th Century and Indian silver from Professor Aditi Lahiri, to name just a small selection. These, of course, adding to our existing wonderful donated collections such as Helen Darbishire’s Milton and Wordsworth early editions, our unique collection of 18th and 19th century English ceramics and John Ruskin’s jewels and paintings. But perhaps the most important gift the college has received in its 143 year history was the library of John Stuart Mill in 1904 – a gift that is celebrated, consulted and researched more than any of our other collections. 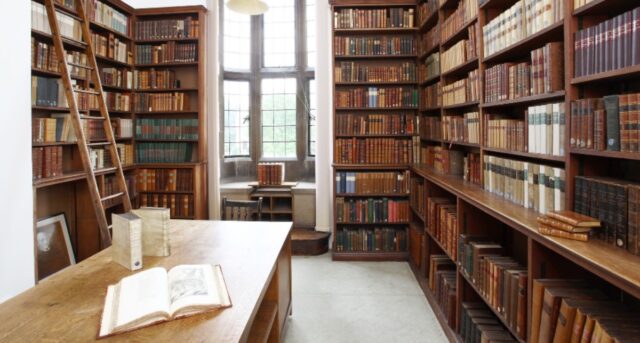 Somerville’s history, I would contend, is largely the history of women’s higher education in Britain. Set up in the early days when very few women had the opportunity to study at this level, Somerville sought to include the excluded from the outset. Early on I realised how central the history of the college was to its present day ethos and I never tired of regaling anyone who would listen (or read) with stories about this amazing institution, its leaders and world beating alumnae. The Librarian’s role has been referred to as Keeper of the College Memory – something I was very proud to perpetuate! 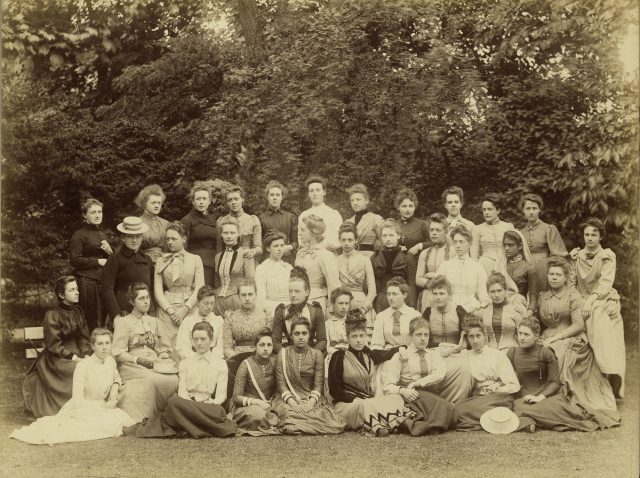 When I applied for this role I had little idea of the high level of media attention that the collections, the alumnae, the institution itself would attract. Just a couple of years into the job I found myself being interviewed about Margaret Thatcher for the BBC and Sky News on the day of her funeral. A couple of years later, my sister nearly drove into a ditch when she heard me on Radio 4’s ‘Front Row’ talking about alumna and novelist Margaret Kennedy. Since then I have been interviewed about alumnae for several BBC documentaries, my colleague Kate and I have produced archival material for a half a dozen or so programmes and the library has hosted a range of TV personalities from Michael Moseley to Lucy Worsley. The ultimate name dropping opportunity,  of course, was in June 2021 when I was privileged to meet His Majesty King Charles III and was able to show him the Ruskin Birthday book signed not only by John Ruskin himself and two prime ministers but, to his delight, his mother Queen Elizabeth II and his great grandmother Queen Mary. 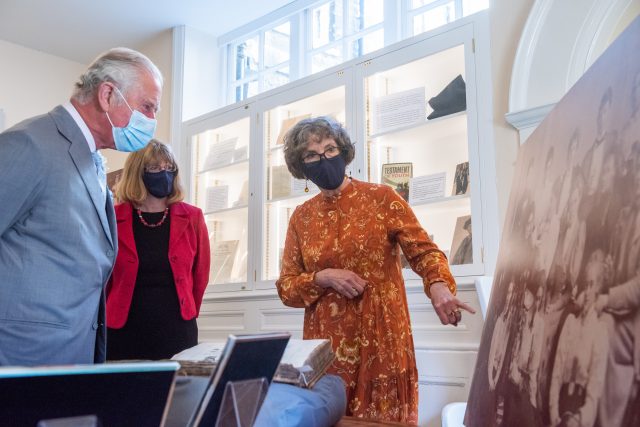 I have loved every minute of my time as Somerville’s librarian and feel incredibly privileged to have had access to its wonderful collections. I wish my successor an equal amount of enjoyment in the role!