At the 2021 Monica Fooks Memorial Lecture, Professor Geddes will speak on the subject of ‘How can we provide high quality, expert and equitable care for mood disorders?’

This topic speaks directly to Professor Geddes’ current research on the development and evaluation of treatments for people with bipolar and mood disorders. He has developed new approaches to self management and monitoring, and conducted key clinical trials as well as influential research syntheses. By involving patients in research, his team has been able to characterize the nature of mood disorder more accurately. His research aims to use this knowledge to identify new targets for better treatments.

Geddes has led several trials and research syntheses which have had major influence on clinical practice internationally. 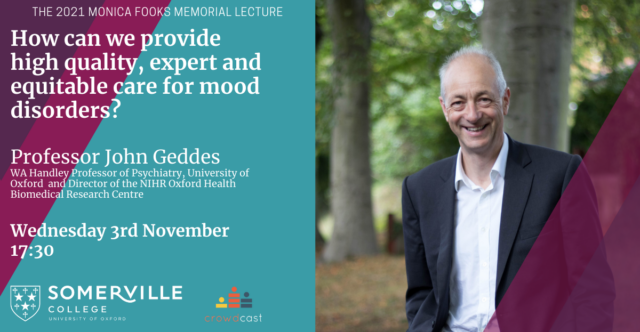