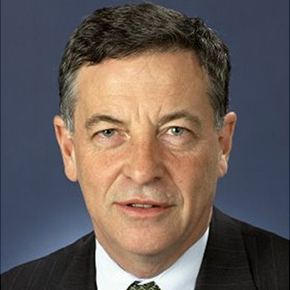 Robert Hill was a member of the Australian Senate from 1981 to 2006, representing South Australia.

After leaving parliament, Professor Hill became Australia’s Ambassador to the United Nations, a post that he held for three years. In 2010, he was appointed as Chancellor of Adelaide University. He is also Adjunct Professor in Sustainability with the United States Centre at the University of Sydney, and a board member of the Global Change Institute at the University of Queensland. He chaired Low Carbon Australia for two years.

Professor Hill studied and practised law before entering politics. He was recently made a Companion of the Order of Australia, in recognition of his leadership in the fields of defence, environment and international relations.