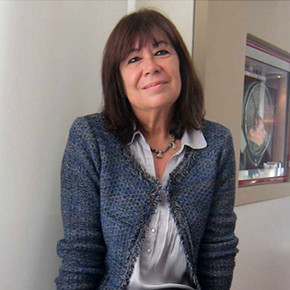 Cristina Narbona is a former Environment Minister of Spain. At the beginning of 2013, she left her seat in the National Congress of Deputies (the lower house of parliament) to become Counselor of the Nuclear Safety Council of Spain.

Her political career began in the regional government of Andalusia, where she was appointed Deputy Minister of Economics in 1982. Subsequently she took up the posts of Director General of Housing in the Ministry of Public Works in 1991, and Secretary of State for the Environment and Housing in 1993. Dr Narbona was elected to the national Congress of Deputies for Almería in 1996, and in 1999 she became a councillor on Madrid City Council.

Between 2004 and 2008 she served as Environment Minister, where she prioritised policies to reduce greenhouse gas emissions and develop renewable energy, and promoted linkages between social and environmental programmes. In 2008 she moved to Paris to become Spain’s Ambassador to the OECD.

Dr Narbona recently served as a member of both the UN Secretary-General’s High-Level Panel on Global Sustainability and the High-Level Taskforce for Climate Services of the World Meteorological Organisation. She holds a doctorate in economics from the University of Rome, and was a Professor at the University of Seville for seven years.