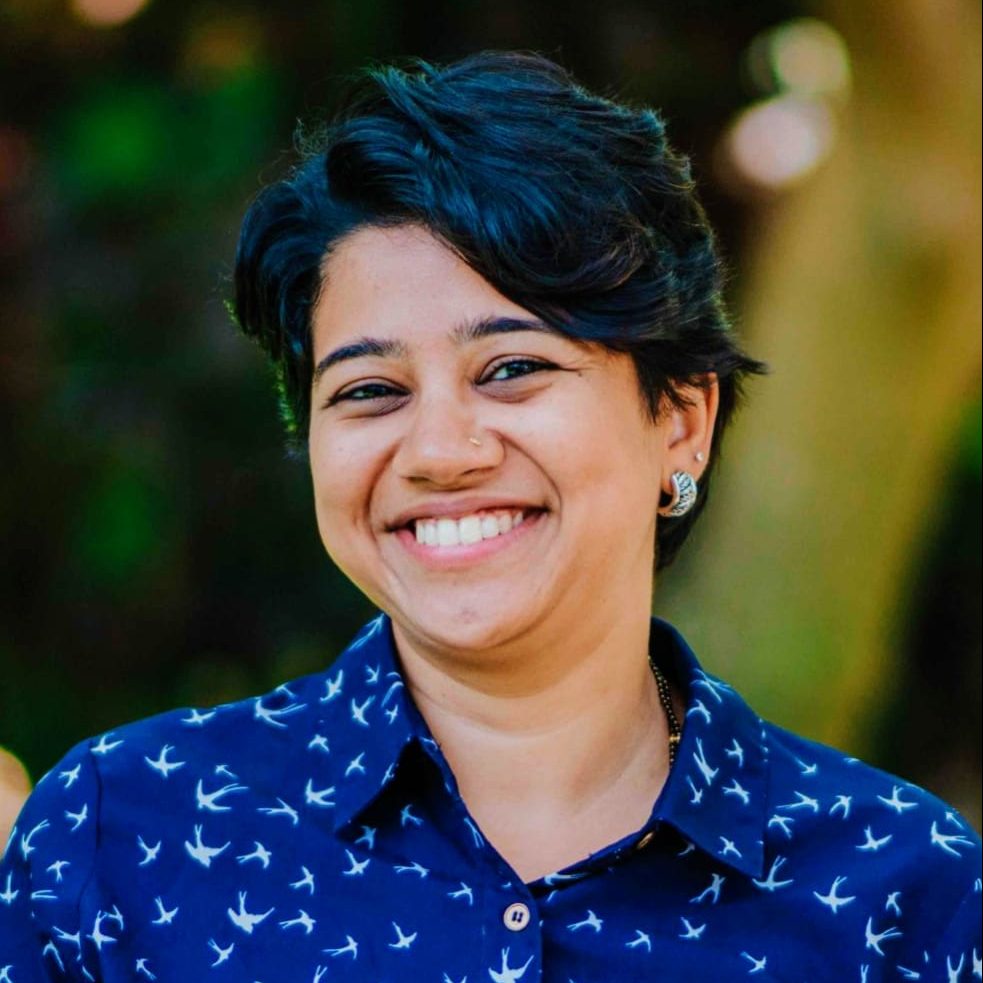 Her research focuses on two indigenous tribal communities- the Siddis and Halakki Vokkaligas to understand their ethno-ornithological knowledge and its application in conservation planning, policy and management. Her study contributes to the ongoing paradigm shift in conservation, which is, mainstreaming indigenous communities and sustainable livelihoods for biodiversity conservation in such tropical and threatened landscapes.

Her past work has included community-based species conservation, animal movement ecology, bioacoustics studies and human-wildlife interactions including illegal wildlife trade, both in terrestrial as well as marine realms.

Apoorva holds a Masters in Ecology (2013) from Pondicherry University and is the second Indian woman to have received the Global Fellowship in Marine Conservation by Duke University. For her Master’s research, she was funded by the International Otter Survival Fund (IOSF) to study the conflict situation between Smooth-coated otters and fishermen, and associated socio-economics in the Cauvery River, India. After her Masters and stint at Duke, she received a follow-up grant by Oak Foundation to collaborate with Conservation International, Brazil and founded the Marine Conservation without Borders initiative with her colleagues at Bahia, Brazil.

On returning to India, Apoorva worked as a Research Associate at the Ashoka Trust for Research in Ecology and the Environment (ATREE) on the India Biodiversity Portal project. She then went on to work as a Research Assistant at the University of Lethbridge, Canada for a year to study the acoustic communication of the endemic Adelaide’s warbler in Puerto Rico. On her return, she found the need to facilitate field research in India, engage local communities and children in field ecology studies, and thus began the Curious Naturalists Initiative in the Western Ghats. She also collaborates as a research affiliate with the Wildlife Information Liaison Development (WILD) Society in India.

Alongside research, Apoorva is also an active participant at policy based global forums such as the United Nations Convention on Biological Diversity- Conference of the Parties (UN CBD-COP) and Convention on Migratory Species (CMS) COP representing youth and indigenous communities for wildlife conservation. She is also a trained Natural History Illustrator and sketches the wonders of nature, which inspire her to keep going in the midst of all the socio-ecological crisis.