Welcome to the second edition of the Oxford India Centre for Sustainable Development newsletter.

2018 has been a busy time for the centre. Our members have published research on the frontiers of climate policy, energy transitions, healthcare innovation, and food and water security in leading journals such as Neuroscience, International Journal of Water Resource Development, and Annual Reviews of Environment and Resources.

The centre also hosted a number of well-attended events on sustainable development, highlighted later in this newsletter.

If you are an exceptional scholar with an exciting proposal, we want to hear from you. We are accepting applications for our 2019-2020 scholarships, which you can read more about here.

Our mission is to foster research on our core themes through multi-disciplinary approaches; to translate academic ideas into policy actions in India; and to support exceptional Indian Scholars to study at Oxford. We have created a hub for research on India and sustainable development, both at the University and beyond.

Under research director Dr. Radhika Khosla’s leadership, the centre has maintained its focus on Sustainable Cities, Climate Change, and Clean Energy. In a recent paper for the Annual Review of Environment and Resources, Dr. Khosla critically reviews the arc of climate policy and politics in India, which has increasingly become a testing ground for policies that internalise climate considerations into development.

Another paper examines India’s energy and emissions future to clarify its role in climate change mitigation through an interpretive approach that makes explicit the assumptions embodied in different models. By using India’s current policy landscape as a benchmark, the paper concludes that India’s trajectory is consistent with meeting the Paris emissions pledge.

One strand of Dr. Khosla’s research looks at demand-side solutions to meet the energy needs of a rapidly urbanising India. She co-edited a special issue of the journal Building Research & Information on energy and climate solutions in India’s building stock.

In another report she shows how cities can use a ‘multiple objectives’ approach to make explicit the links between local objectives, climate change mitigation, and adaptation in fields as diverse as land use, water, housing, transport, economic growth and waste management.

Dr. Siddharth Arora, an Early Career Fellow at Somerville who works closely with the centre, published research analysing various methods for predicting short term load forecasts which are crucial for implementing smart electricity grids in the International Journal of Forecasting.

Healthcare innovation is another area of focus for the OICSD. Dr. Arora has been working on detecting the symptoms and severity of Parkinson’s disease and has recently published two new research papers: one on identifying motor features that allow smartphones to distinguish between REM sleep disorders and Parkinson’s Disease in Neuorology; and another on using the voice as a biomarker in the Journal of Parkinson’s Disease.

Dr. Anant Jani, who works closely with the India Centre and focuses on tackling mass malnutrition and undernutrition among children in India, recently published research on Nourishing Schools. Nourishing Schools is an initiative that empowers children to make good nutrition choices. He has also studied how the variability of soap availability affects cases of diarrhoea.

For the food and water security theme, Ranu Sinha’s DPhil research, which drew insights from an irrigation project in Madhya Pradesh, was published in a recent paper in the International Journal of Water Resources Development. The paper indicates the importance of incorporating sub-basin rainfall variability when planning for future interventions

Jurisprudence (MPhil.) scholar Aradhana Vadekkethil has also written a blog on how the recent decriminalisation of same sex relations in India opens a channel to reinterpret the unconstitutionality of sex-based discrimination based on intersectionality.

Jani, B., Sinha, A., & Jani, A. J. (2018). Tackling diarrhoea in India’s children – Identifying variation in soap availability and use in Indian schools. Value in Healthcare Review.

Jani, B., Sinha, A., Adamo, G., & Jani, A. J. (2018). Empowering children to take control of their nutrition – Impact evaluation of the Nourishing Schools Initiative. Value in Healthcare Review.

Ranu Sinha represented the School of Geography and the Environment as special guest lecturer at four universities in Yangon as part of the TIDE, The Open University and Oxford University collaboration with the Ministry of Education in Myanmar. She provided a seminar on improved understanding of water resources management in the agriculture sector for developing countries such as Myanmar in July 2018. Gabriella D’Cruz, who graduated with an MSc in Biodiversity, Conservation and Management in 2018, attended UNLEASH 2018, a global innovation lab for sustainable development in Singapore. She worked on a project to help build climate change resilience among coastal communities and interacted with innovators across sectors, helping to develop ideas and networks to better carry out the Sustainable Development Goals. Aradhana Vadekkethil won the Archibald Jackson Prize for obtaining a Distinction in her BCL Degree. In summer 2018, she was selected for the Bonavero Student Fellowship Programme (funded in partnership with Oxford Pro Bono Publicio) to undertake public interest work at the Women’s Legal Centre, Cape Town, South Africa. She worked on comparative legal research on sexual harassment law and sex workers’ rights.

Vaanathi Sundaresan did a part-time internship at Canon Europe Medical Research Ltd. in Edinburgh from July to September on Context based deep learning and Dynamic Capsule based transfer learning. OICSD advisor Nayan Patel has been appointed a trustee of the board of Lepra, an international charity that seeks to end Leprosy in India, Bangladesh and Mozambique. The UK-based charity counts Queen Elizabeth II as its patron. Nayan was also recently awarded Rotary International’s highest individual honour, the “Service Above Self” award, in recognition of his contribution to the organisation and for his extensive charitable work globally.

“Although leprosy is no longer a health problem in developed countries, it continues to affect millions of people in large parts of Asia, Africa and Latin America”, said Nayan.

“Lack of awareness, myths, social, cultural beliefs and the stigma attached to leprosy are perhaps the most pressing challenges before public health activists today.” From the sustainable management of water, land, and waste to the ecology of animal-human interaction, study at the Oxford India Centre for Sustainable Development (OICSD) has helped to shape the work of our alumni and students. You can read Asmi Khushi’s report on some of our recent alumni here. The OICSD is supported by a network of generous philanthropists in India and the UK, who have enabled us to double the number of postgraduate scholarships we offer.

If you would like to support our mission of education and research that benefits India and the world, please contact our Director Development Sara Kalim at: sara.kalim@some.ox.ac.uk 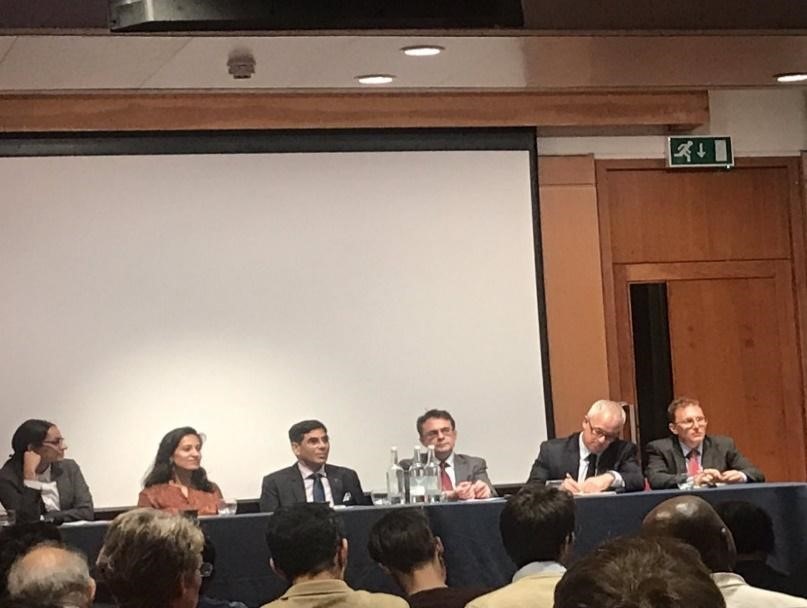 Irrigation in India: Building Resilient Farms of the Future

A public lecture on Irrigation in India was hosted this October by the OICSD and the Oxford Water Network.

The panel discussed the multi-dimensional impact of irrigation investment and the ingredients needed to develop resilient and sustainable farms of the future. This event also featured Dr Manish Sing, the Minister (Economic) of the High Comission of India, and a special address by the UK Minister for Science and Technology Sam Gyimah. 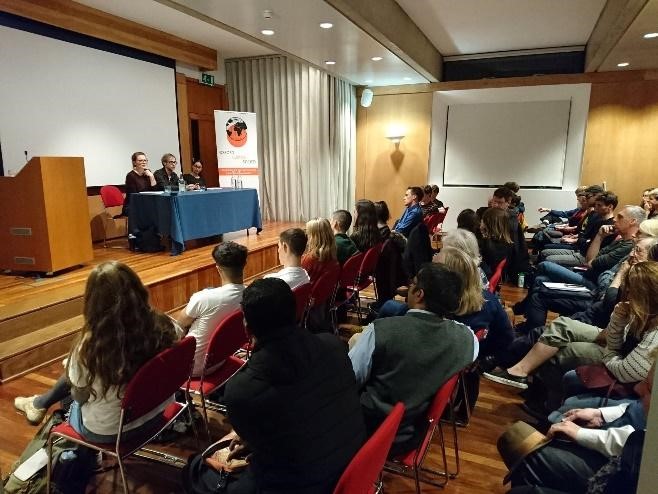 How bad can climate change get?

A panel event organised by OICSD with the Oxford Climate Society discussed the consequences of uncontrolled global warming, both in terms of physical and socioeconomic impact, especially in the light of the recent IPCC report on confining warming to 1.5°. 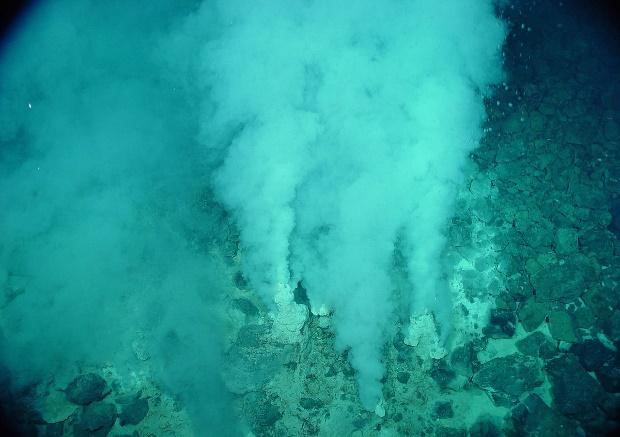 Prof. Rahul Sharma of National Institute of Oceanography in Goa, India and Dr Rachel Boschen-Rose from Seascape Consultants Ltd. presented the prospects and risks of a new incipient industry in the ocean - deep-sea mining. He discussed whether the mistakes of the past will be repeated, where human activity in the deep sea caused catastrophic damage to the marine ecosystem. 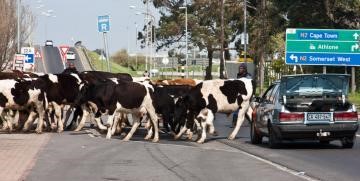 Maan Barua hosted a workshop on Urban Animals with the OICSD on the various roles animals play within the urban landscape, focusing on a comparative study between India and South Africa. 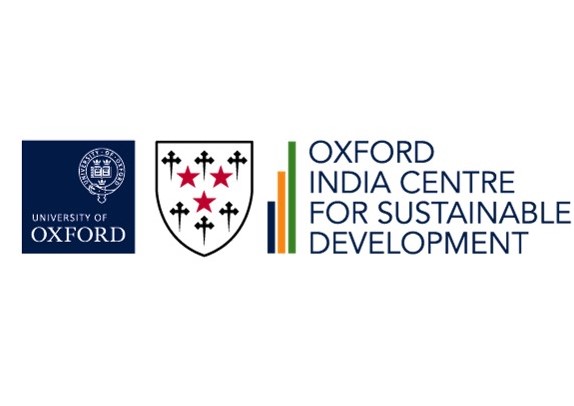 Professor Michael Hayward participated in the “International symposium on Solid State Chemistry of Transition Metal Oxides” held at Jawaharlal Nehru Centre for Advanced Scientific Research in Bangalore, along with at the 2018 Winter School with graduate and masters students from across India. 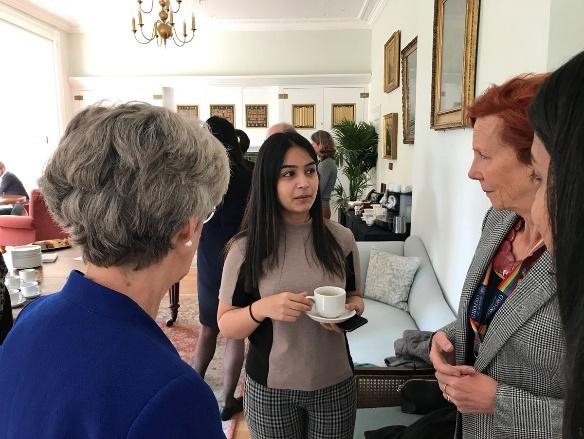 OICSD hosted a welcome tea to bring together former and new scholars at the centre with the OICSD Directors and staff, including the Rt Hon Patricia Hewitt, chair of the OICSD Advisory Board, to start off the year. Dr. Khosla and the scholars held a retreat to brainstorm on the vision, way forward and integration of scholars into the growth of the Centre in 2018-2019. 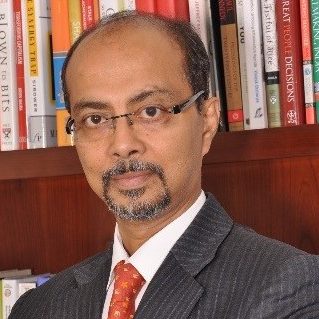 Lecture in mumbai by Jan Royall: 'On the shoulders of giants: the legacy of Somerville College's women pioneers'

Jan Royall gives a talk on the rich legacy of the women of Somerville College, which includes the first Indian woman to study at Oxford Cornelia Sorabji, former Prime minister Indira Gandhi. 6PM at the CSMVS, Mumbai

Somerville Choir performs 'A Very English Christmas' at the Tata Theatre in the National Centre for the Performing Arts, Mumbai

Unsubscribe from this newsletter