Exploring a world where genetics is destiny

Questions about health, social status and the use of our personal data are at the heart of The Phlebotomist, the debut play by Ella Road (2010, English). Here, she talks about the process of writing – and how studying English at Oxford inspired her. What inspired you to write the play?

While I was at Oxford I watched a video online about pre-diagnostic genetic testing for pancreatic cancer and was fascinated by the idea that a blood test could tell you so much about your future.  I started doing some more research into other diseases people could test for, and realised that it was an area of science advancing at incredible speed.

At first I thought it was purely wonderful, but quite quickly I started considering the ethical implications of being able to know so much about ourselves. I started questioning whether I’d want to know that much about myself, and pondering what knowing these things might do to our psyche more broadly. It threw up loads of interesting questions about knowledge and identity and power.

I didn’t actually do anything with the idea until years later though – when a group of fellow actors set ourselves a deadline to all write ’something’ and I ended up bashing out a very rough first draft of the play. Once this rough draft was out, and with the encouragement of my mates, I realised that it had the potential to be a really interesting story.

What is the process of writing like for you?

It can swing between really liberating and incredibly painful! I focus best in the early mornings and evenings (which isn’t the most sociable work pattern) – but I’m getting better at structuring my day a bit more conventionally and taking proper time off. I find going for walks really helps to ease things up when I’m stuck.

I do a lot of running and cycling and swimming, and I think the meditative quality of those activities helps ideas to percolate. Moving around definitely helps, but at the end of the day sometimes it’s just about getting my bum on the chair and forcing myself to work even if I’m not sure it’s going in quite the right direction. I never struggle to write dialogue – that’s the fun bit – but I find I get struck with plot problems, or in giving characters the right motivation to do certain things to move the story on. I have lots of notebooks filled with mind maps and flow-diagrams and ‘what if…’ thought experiments.

I keep having to remind myself that the first draft (or second, third or tenth) are never perfect, and it’s best to get something out, and then play with it. I like collaborating – that’s probably the actor in me – so I’m happiest throwing a script around with a group of actors, hearing bits out loud, discussing themes, and improvising around scenes. I’m lucky that I have a lot of very talented actor friends who are happy to come and play!

How did your time at Somerville change the way you think – and how has it led to what you are doing now?

That’s a great question. I think my degree was bound to change the way I thought; I was lucky enough to be exposed to a profound and varied way of exploring literature, and to study alongside a group of fellow undergrads who approached texts in totally different ways to me.

I think I appreciated for the first time quite how broad the subject is, and how it intersects with every other school of thought , from philosophy, to history – and science. I was lucky enough to have several tutors at Somerville (Fiona Stafford, Annie Sutherland and Philip West) who encouraged a really creative approach to learning, and also supported me in the plays and other activities I got involved with outside my course. In retrospect I was probably a bit of a nightmare student! I did a couple of plays every term and was also taking athletics pretty seriously (I had a full Blue for cross-country), so was forever running between things… but I think I normally got my essays in on time! When I got into drama school, Somerville awarded me a grant to pay for some of my training fees, which was a great help in moving my career forwards.

Thelma Holt, who’s associated with OUDS, also helped to find funding elsewhere to help me out. Drama School is expensive, and it’s not exactly a guaranteed money-earner, so having support from the university, as well as faith and encouragement, was invaluable. Over the past years I’ve supported my career as actor/writer by teaching and tutoring English on the side, and it’s been wonderful to share some of the knowledge and analytical techniques I learnt during my degree to engage young people in literature and creative writing.

What’s next? Can you tell us a little about your future plans?

I’ve taken on quite a lot of writing work – so I know the near future at least will involve a lot of time sitting at my desk! I’ve just finished a commission for Theatre Royal Plymouth which will hopefully be on next year, and I’m currently writing new play commissions for the Almeida Theatre, and the Hampstead, as well as developing a piece about gender testing in athletics with the Bush Theatre (another science-y topic!). I’ve started dipping into TV too, and have just begun writing a pilot episode for an original series with Channel 4, as well as starting the long development process of adapting the world of The Phlebotomist into a TV series.

I’ve suddenly found myself quite busy! But I’m hoping to flex my acting muscles again soon when I have the time. In the long term I’d love to strike a good balance of acting and writing work, and would also love to take on some kind of regular teaching position. I enjoyed working with young people, and I miss it!

Ella will be speaking at Somerville at 5:30pm on Friday May 3. Please email principals.events@some.ox.ac.uk to register. 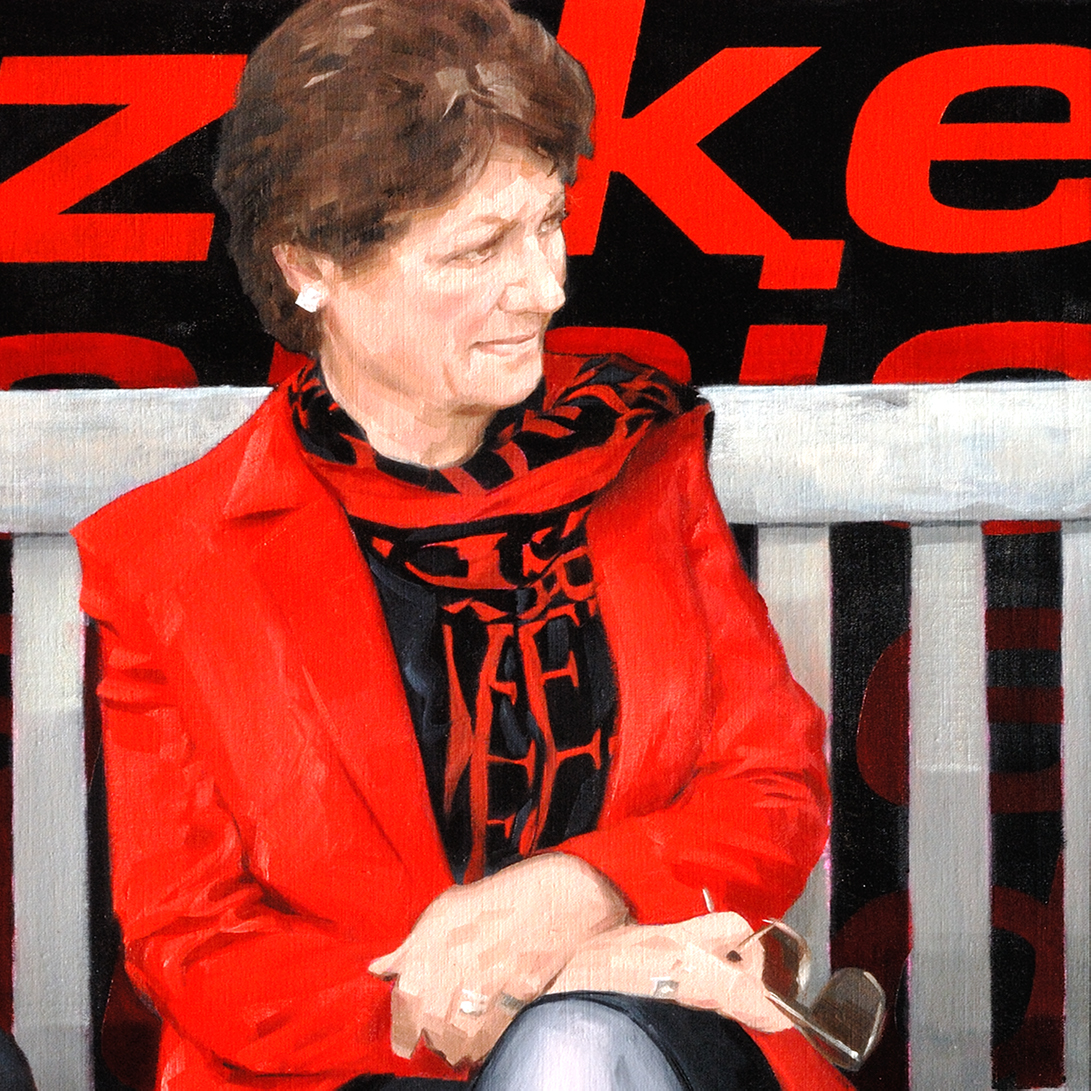