The Fellows of Somerville College are delighted to announce the election of Baroness Royall of Blaisdon as their next Principal, in succession to Dr Alice Prochaska, who will step down at the end of August 2017.

Baroness Royall says, ‘It is a pleasure and a privilege to have been appointed as the next Principal of Somerville. I look forward to working with academics, staff and students to build on the work of Alice Prochaska in this wonderful college where teaching and research of the highest quality are celebrated. I am proud that I will be part of a vibrant community that is meeting the challenges of today whilst finding solutions to the problems of tomorrow. My aim is to ensure academic excellence whilst reaching out to young people with potential from all backgrounds so that our future leaders will reflect the diversity of our society. I am determined that Somerville’s future will be as exceptional as its past and present’.

Dr Alice Prochaska, Principal of Somerville, says: ‘How delighted I am that Baroness Royall of Blaisdon will be the next Principal of Somerville. One of the features of her immensely distinguished career to date has been her committed promotion of diversity and internationalism at the highest levels. This makes her a wonderful fit for Somerville. The College is extremely fortunate to have secured her as Principal, and I know she will be welcomed most warmly into the college and the university. I hope she will enjoy her tenure of this very special job as much as I have done.’

About Baroness Royall of Blaisdon:

Jan Royall has had a distinguished career in politics, notably becoming Chief Whip in the Lords, appointed to the Privy Council and in 2008 became Leader of the Lords and a member of the cabinet.

Prior to that she was a senior adviser in the European Commission before heading its office in Wales. In 2004 she was appointed to the Lords as Baroness Royall of Blaisdon and in 2005 became a Government Spokesperson for Health, International Development, Foreign and Commonwealth Affairs.

Following a degree in Spanish and French at the University of London, Jan’s first job was importing flowers into Europe from Colombia but she soon started working in the world of politics. She spent six years working as General Secretary of the British Labour Group in the European Parliament then went to work for the Leader of the Opposition, Neil Kinnock.

After the 2010 election Jan was elected Leader of the Opposition in the Lords but stepped down in May 2015 in order to engage in other interests, as well as being an active back bencher, using the Lords to pursue issues including youth policy, higher education, women, diversity and inclusion, democratic engagement, health, the EU and foreign affairs.

Jan is a trustee, patron and active supporter of many charities and organizations including City Year, Forest of Dean and Hereford Crossroads, Artspace, Paladin National Stalking Advisory Service, the ASHA Centre and Step up to Serve. She is chair of the People’s History Museum, Pro Chancellor of the University of Bath and Vice President of the Party of European Socialists. 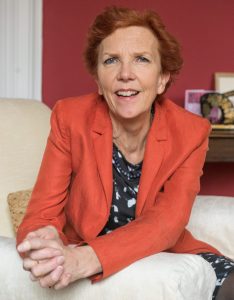 Principal’s Blog: the next 140 years